Hey there duelists, hopefully you're doing well! Slowly but surely, life's returning to some modicum of normalcy for players all over the world, and in Yu-Gi-Oh we're seeing lots of different options to help you get your game on. Today, I wanted to discuss a card that generated lots of hype before the release of Duel Overload, but hasn't had its breakout performance just yet.

March 20th, 2020 was a day that many duelists regarded as the apocalypse for the competitive scene as we know it. Crystron Halqifibrax, Union Carrier, Raidraptor - Wise Strix and Predaplant Verte Anaconda were the four horsemen (horse..snake…?) raining down chaos and fire on local tournaments everywhere. In reality that wasn't quite the case; Konami was pretty swift about shutting down the "infinity negate" combo that Raidraptor - Wise Strix was going to feature in, and we saw sweeping hits to some of the most unfair Tuners in the game, giving Crystron Halqifibrax a little less firepower. 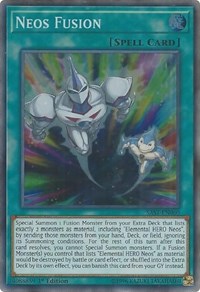 Back when I first started writing here on a weekly basis, I pitched an article about an Invoked deck that I'd seen do well online that was playing Neos Fusion. While that idea wound up being banked in favor of other topics, it's been constantly stuck in the back of my mind ever since. Using Neos Fusion to get to Rainbow Neos is not only super cool, but surprisingly competitive. Turning any two monsters into an effect that shuffles back monsters, spells and traps, or that disrupts your opponent's graveyard is incredibly valuable.

Shuffling back the ending field of the crazy combo plays that define competition these days can end games then and there. While you do give your opponent all their stuff back and they can, in theory, summon it all again, they probably won't be able to do that if they've already used all of their resources in the process of making that field in the first place. And imagine any graveyard-oriented deck having to go through the process of setting up again, just because you decided to hit a reset button on their graveyard. Any graveyard-driven deck caught in that situation will be left with a lot of lackluster draws going forward.

The downside of course, is having to run both an "Ultimate Crystal" monster – that's Rainbow Dragon and Rainbow Dark Dragon, for reference – as well as Elemental HERO Neos. While neither of the Fusion Materials are good cards to draw, the impact of resolving Neos Fusion without ever having to actually draw the card is awesome, and it gives those copies of Rainbow Neos an actual use. 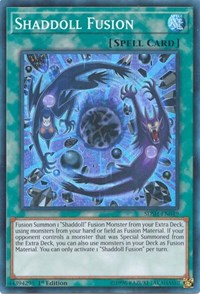 Along with Cross-Sheep, I honestly figured Predaplant Verte Anaconda would propel the Shaddoll Invoked deck to the top of the competitive scene. Shaddoll as a strategy is already really powerful; it can punish you for using your Extra Deck, just by simply drawing one of the best fusion spells ever created. Now, imagine being able to punish your opponent for using their Extra Deck by drawing any two monsters that you can summon, while also setting up your Shaddoll Fusion Monster's effect to get back a fusion spell, while also triggering your Shaddoll effects in the process.

If you go second, and have Shaddoll Fusion as well as a Normal Summon, there you go, you have the ability to resolve two copies of Shaddoll Fusion, and thus resolve multiple different Shaddoll effects all in that one turn.

Keeping in theme with the whole "punish your opponent for even sitting down to play and making them consider becoming a hermit in the mountains so they can reconsider their life choices" thing, Super Polymerization's another silly card that Predaplant Verte Anaconda gives you access to. Just drawing two monsters you can summon will let you wipe out your opponent's entire line of play, and that's just silly. Currently, the main set-ups created with Crystron Halqifibrax aren't vulnerable to Super Polymerization, but if that shifts even slightly and it becomes a viable option again, you bet you'll need to keep Predaplant Verte Anaconda in the back of your mind.

Being able to summon two monsters and simply pay 2000 Life Points to cancel out all your opponent's hard work spent creating a terrifying board, all while they sit and watch, is incredibly powerful. In a deck like Shaddolls, you can even advance your engine by summoning a key monster like El Shaddoll Construct while simultaneously picking apart your opponent's field, which is part of why Super Polymerization is so strong in the first place.

While yes, you don't get that swanky "cannot be responded to" clause that makes Super Polymerization one of the most powerful cards ever printed, you still get most of the upside. That's fantastic, so make sure you have copies of Super Polymerization ready to go with your Anaconda. 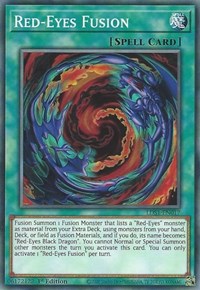 Finally, the breakout card of the Summer will be Red-Eyes Dark Dragoon, arriving August 28th in the Tin of Lost Memories with 3000 ATK, 2500 DEF, and an incredible effect that reads as follows: 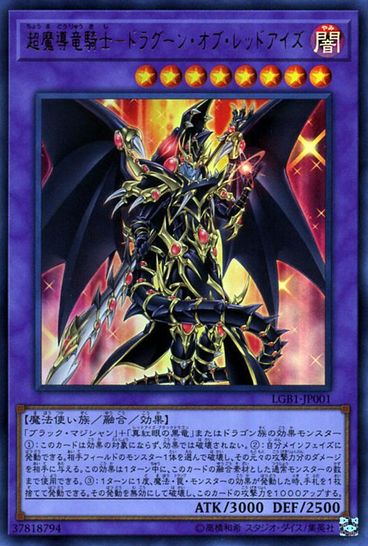 "Dark Magician" + "Red-Eyes B. Dragon" or 1 Dragon Effect Monster
Neither player can target or destroy this card with card effects. During your Main Phase: You can destroy 1 monster your opponent controls, and if you do, inflict damage to your opponent equal to that monster's original ATK. This effect can be used a number of times per turn, up to the number of Normal Monsters used as Fusion Material for this card's Summon. Once per turn, when a card or effect is activated (Quick Effect): You can discard 1 card; negate the activation, and if you do, destroy that card, and if you do that, this card gains 1000 ATK.

Take a moment to digest that. Red-Eyes Dark Dragoon is untargetable and can't be destroyed by card effects. It destroys opposing monsters and then does damage equal to their attack, meaning it's good at clearing fields. Oh, and that isn't once per turn. Then on top of that? Dragoon can negate cards or effects, and then gains even more attack power. Because you know what?

It clearly needed it.

Now, the downside to this is that you'd normally have to draw Red-Eyes Fusion to play Dragoon, but hey, Predaplant Verte Anaconda gets around that. So now, any two monsters can become that crazy ball of negation and destruction. Red-Eyes Fusion also doesn't suffer the same issue as Neos Fusion; you can use monsters from your hand OR your field, whereas Neos Fusion relies on you still having specific cards in your deck.

That distinction 's important, because it means that the biggest downside of having to play the fusion materials is mitigated by the raw power of Red-Eyes Fusion, making Predaplant Verte Anaconda far more powerful than it would be otherwise. There's also major benefit to the fact that you can make Dragoon using Dragon Effect Monsters; the Dragon Link decks can just slap in a Red-Eyes Fusion and Dark Magician and call it a day. That level of flexibility is pretty hard to overvalue. Knowing that any two monsters can become a negation as well as destruction power, all for the cost of a little deck space, is going to make Red-Eyes Dark Dragoon and Predaplant Verte Anaconda incredibly popular.

Those are just a few of the many options that Predaplant Verte Anaconda offers, and I didn't even get into all of the more niche "Polymerization" cards. They're there, and it's a safe bet that there are some silly ideas amongst them.

There's also an important thing to keep in mind: your opponent can't stop your Predaplant Verte Anaconda with Ash Blossom & Joyous Spring, because it sends the spell card as a cost. You just dodge the most ubiquitous hand trap in competitive play for zero effort. That forces your opponent to really consider the ramifications of Predaplant Verte Anaconda's resolution, and places more pressure on cards like Infinite Impermanence and Effect Veiler. That's good news if you're the one playing Predaplant Verte Anaconda, but if you're the one trying to fend it off, keep its unique strength against Ash Blossom & Joyous Spring in mind when you're mapping out the order of your counters.

Hopefully you all enjoyed this small dip into the pool of options Predaplant Verte Anaconda makes possible. It really is an incredible card, and it's going to make a big impact when Red-Eyes Dark Dragoon arrives at the end of August. For now, stay safe and hold your Infinite Impermanence for snakes everywhere.