Yu-Gi-Oh cards aren't just knights, sorcerers, dragons, and magical beasts–and that's one of my favorite things about it.

This is the only game where you can choose to play a deck of sports athletes, sentient cloud monsters, or a pair of social media influencers who are literally partners in crime. Topping the list of weird stuff, there's even a bunch of food-themed cards. In fact, you might have caught a preview last week of an upcoming theme in the OCG called Suships. 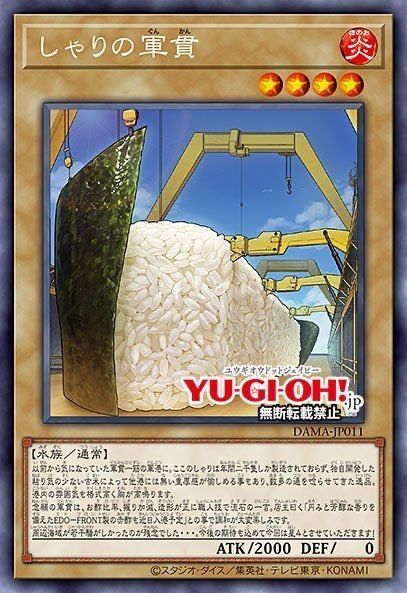 They're just giant pieces of sushi shaped like boats, and yes, they're fantastic.

Suships got such a big response from duelfans that the story started breaking through to mainstream outlets like HYPEBEAST, and the reveal got us talking about other food-themed cards. Yu-Gi-Oh has a long history with cards that feature cooking, food, or some type of ingredient. It's a weird tradition that goes all the way back to Hungry Burger and Hamburger Recipe from 2002's Spell Ruler. Food cards have been around since the earliest days of Yu-Gi-Oh, and there's a huge line-up of fruits and vegetables just waiting to be added to your deck. Or a salad.

We can't taste the food featured on Yu-Gi-Oh cards, but we can imagine which cards are the most delicious based on true facts about the Duel Monsters world and my own incredibly objective opinions. This article will help you prepare your culinary adventure just in case you somehow end up stuck in a world filled with Yu-Gi-Oh monsters. You might think that the most important part of surviving in such a place is knowing which monsters to avoid, but I think it's just the opposite. You're basically obliged to find and eat as many of these things as possible before you cross paths with a Blue-Eyes White Dragon.

Might as well take advantage of the situation to experience some otherworldly flavors! 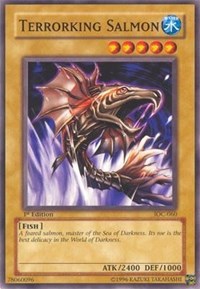 First up on our food tour: we're headed to the Sea of Darkness for a recommendation from Grapha, Dragon Lord of Dark World himself. According to its flavor text Terrorking Salmon roe's widely considered to be a top delicacy among the Dark World, and if it's worthy of praise from the aristocracy of the Fiends then it must be worth checking out.

So where can you get your hands on Terrorking Salmon? The fish itself lives in the Sea of Darkness, but don't worry about catching one yourself. For the right price, it looks like Grappler Angler will fish them up for you; as far as we can tell, it's literally his job. 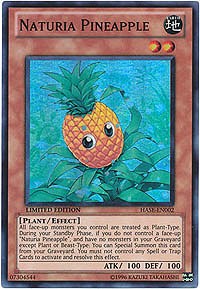 There are plenty of other great Naturias to savor, toor: cooked Naturia Bambooshoot and fresh Naturia Cherries are a fantastic addition to the Naturia vegetarian plate. 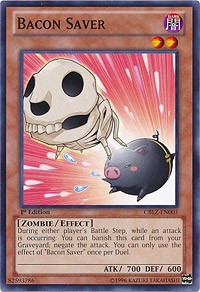 What if pigs could shed everything but their skeleton, like a sheep shedding its wool? In the world of Yu-Gi-Oh, they can! And it's very disturbing.

Bacon Saver escapes dangerous situations by expelling its skeleton, to, well… save its bacon. Luckily we're only interested in the bacon itself, so our porcine pal can live another day while we scoop up the abandoned ham. It's not a bad deal for the pig, and it's too bad not every monster on this list can be as lucky as Bacon Saver. 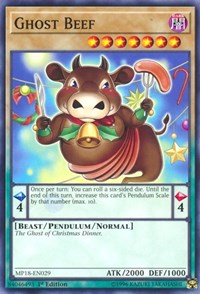 Dinner So Good It Comes Back For Seconds

The implication of Ghost Beef is as terrifying as it is intriguing. The ghost of Christmas dinner might not be a one-time event. Imagine if every holiday meat came back to haunt you–and I don't mean haunting your digestive tract.

That said, the downside of being spooked by your food must be offset by something, which probably implies that Ghost Beef is incredibly tasty. I'm not sure if it's worth the risk, but I can't imagine not giving it a shot just to see what happens. Unfortunately Ghosst Beef pretty strong with a bullish 2000 ATK, so if it's a vengeful spirit you might be in for some serious indigestion. 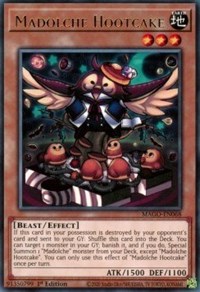 You could probably fill this entire article with Madolche cards, and I wouldn't judge you if you did. The Madolche theme's loaded with some of the sweetest monsters and the best desserts in the Yu-Gi-Oh world. They also offer something that's hard to find anywhere else in Yu-Gi-Oh: breakfast! 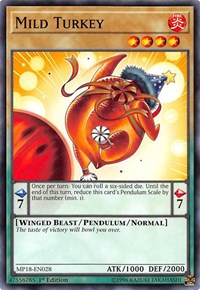 You'll need to do some serious preparations to tackle some of the biggest monsters on this list. The first step to readying yourself for the hunt is to start off with a fantastic meal, and there's no better choice than Mild Turkey. It's filling, invigorating, and gives you the taste of victory before you've even begun. It's the perfect way to psych yourself up for the big hunt; just be careful not to get bowled over in the process. 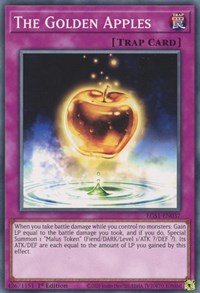 Iðunn's youth-granting apples are another excellent tool at your disposal during your Yu-Gi-Oh world tasting tour. The Golden Apples restore Life Points, but take care not to get hit with an ATK that would reduce your life to zero: the Apples won't help you there. Golden apples found in other legends imply that these aren't your average fruits. In Greek mythology, Atalanta unintentionally loses an important foot race against Hippomenes because he distracted her with three golden apples he received from Aphrodite. As a result, Atalanta loses her bet and has to marry Hippomenes.

How delicious do The Golden Apples have to be to make a proud warrior of the wilderness sacrifice her independence? They're worth checking out even if they're only a fraction of the quality of their legendary equivalent. 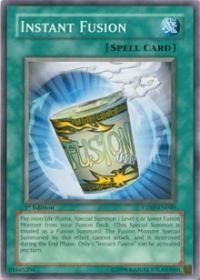 Your Life Points are a key currency in the Yu-Gi-Oh world, although technically speaking you only need 1 Life Point to make it through. That said, I'd recommend keeping a comfortable buffer at all times. I'd hate to see you run into a Marshmallon and suddenly lose your last 1000 LP.

That said, it's sometimes worth taking the risk to see what culinary delights await you. [Instant Fusion's] a bit of an odd choice for this list, since its contents can't be known until it resolves, but there are a couple of great flavors here that can't be missed. Mavelus-flavored broth is probably similar to chicken, and Sea Monster of Theseus sure looks a lot like calamari or octopus–I'm not sure which species it actually is. I know packaged food isn't what comes to mind when you're thinking about a tasting menu experience, but I can't help being just a little bit curious about the inside of a Yu-Gi-Oh supermarket. It seems worth the trip. 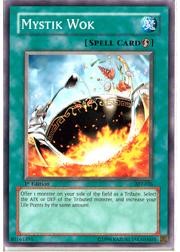 Combining All Those Leftovers

Mystik Wok a great final stop for all those extra ingredients you've picked up on your journey. From seafood like Cannonball Shellfish to spare Plants, there are a lot of ways to prepare a stir fry in the Yu-Gi-Oh world. The Mystik Wok itself is another way in which Yu-Gi-Oh dishes stand apart from the kinds of food you can get here on Earth: you'll gain Life Points depending on the monsters you toss in, which means it's a great way to recover from a long expedition. 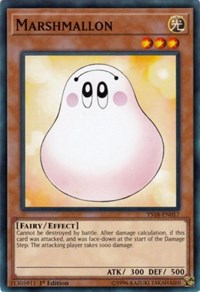 The conclusion of our taste-testing tour in the Yu-Gi-Oh world is the delightfully sweet and soft [Marshmallon damage heals instantly, and as long as you're not targeting it with a card effect you should be safe to keep going back for more.

Take care though: Marshmallon might not be able to beat you in battle, but it can surprise you with 1000 damage. Make sure you're regularly topping off your Life Points with Mystic Wok or The Golden Apples.

There are plenty of other food-related Yu-Gi-Oh cards out there just waiting to be tasted for the first time! Finding the right cook's equally important, unless you're plenty skilled at cooking yourself. Number 59: Crooked Cook doesn't have a great reputation–he has a tendency to destroy everything around him. Instead, I'd recommend Marauding Captain as your chef du jour. During his time as Marmiting Captain he built up an impressive set of cooking skills. He's a dependable ally in a world of dangerous–yet delicious–monsters, and you'll need all the help you can get if you want to survive and enjoy the mystical food the Yu-Gi-Oh world has to offer.