Supply is a fixed value. It's tied to production, resource availability, and distribution. There will never be more 1st Edition LOB Blue-Eyes White Dragons. But the key factor in the Yu-Gi-Oh market is demand. When a lot more people want a card, its price rises accordingly.

Usually the demand for a card is tied to its viability in tournament play, shifting with new releases, or movement on the Forbidden & Limited List. But there are also plenty of people who aim to collect the rarest and coolest cards. That's what we're going to focus on in this article: cards so rare that even that one guy at your locals with the collection of Starlight Rares doesn't know they exist.

Little does he know, his Harpie's Feather Duster from Tournament Pack 8 isn't even 'max rarity'. Let me show you what I mean. 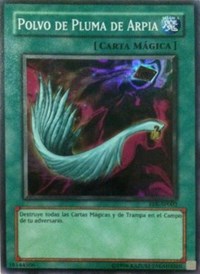 If you've been around the game long enough, you've probably experienced the tip of the iceberg on these. You may remember a time in 2014 when Night Express Knight wasn't legal for play in North America, because our version of the game it came in didn't include the three promo cards. And if you were around as long ago as 2011, you'll even remember Legendary Collection GX printing the Secret Rare Gallis the Star Beast, importing that formerly Super Rare-only videogame promo from Europe to the shores of North America.

What you probably don't know, even if you're aware of all that so far, is that going all the way back to the very beginning, the exact opposite problem was happening in Europe.

In most of Europe, videogame promos were releasing a game behind ours. For example in February of 2004 we got World Championship Tournament 2004 for the Gameboy Advance here in North America, with Fairy King Truesdale, Kinetic Soldier (now called Cipher Soldier), and Slate Warrior, which was a dominant tournament threat at the time. This was our fourth videogame, following Stairway to the Destined Duel with Valkyrion the Magna Warrior, Sinister Serpent, and Harpie's Feather Duster; and Eternal Duelist Soul with Skull Dice, Graceful Dice, and Exchange. And of course, we all know the first game was DDS, Dark Duel Stories, with promo versions of Blue-Eyes White Dragon, Dark Magician, Exodia the Forbidden One, Seiyaryu, Salamandra, and Acid Trap Hole.

Where this gets interesting is that Europe hadn't yet received the SDD promos. Rather than being Fairy King Truesdale, WC4-E001 is actually Valkyrion the Magna Warrior from one game earlier, and in Spain - which was an ADDITIONAL game behind - WC4-S001 is actually Exchange from Eternal Duelists Soul. All game promos in Europe are a game behind, and in Spain specifically, two games behind. So if we go to the fifth game in the series, The Falsebound Kingdom, where we got the two Metalzoa and Goblin Fan, Europe was finally getting Slate Warrior.

Where this reaches peak rarity, is that starting with The Falsebound Kingdom, European videogame promos started to be Super Rare, so the TFK Slate Warrior actually Super Rare instead of Secret Rare. And since Spain was yet another set behind, they actually have a Super Rare set of the SDD promos. That meant they had Valkyrion the Magna Warrior, Sinister Serpent, and Harpie's Feather Duster as Supers, even with the original artwork for Harpie's Feather Duster.

Some Goat Format players have been using the Sinister Serpent for a little while, but with its recent escape from Forbidden status, the Super Rare TFK-SP002 Harpie's Feather Duster is the rarest version of the card in the world. 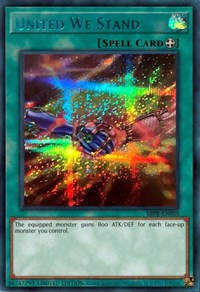 Wow that was a lot of reading for Harpie's Feather Duster! I'm going to just cover a couple of quick simple ones to take a breather from that mountain of information!

Remote Duels have had several recent promotional events where you can take pictures of your setup for Instagram, or play in online tournaments. To reward the players who participated, a Secret Rare copy of United We Stand (Blue) was offered as a promo. These have sold for thousands! There's a Guardian Angel Joan that's been advertised for a future promotion too, so perhaps you should consider checking out Remote Duels. 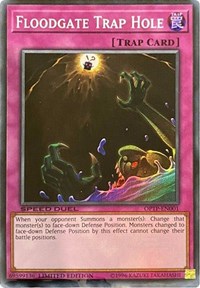 And while we're checking out different formats, Speed Dueling has some of the rarest cards in the history of Yu-Gi-Oh. Those familiar with OTS packs and their Ultimate Rares may be surprised to learn that Speed Duel Tournament Packs STP1 and STP2 have similarly distributed Ultra Rare variants of some of the game's most famous and iconic cards ever, and they were only available at OTS stores that registered to run Speed Duel events.

To take that a step further, there have been singular promotional events in Europe called Trials of the Pharaoh, similar to Regionals, with rigorous challenges that awarded OPTP promotional cards. 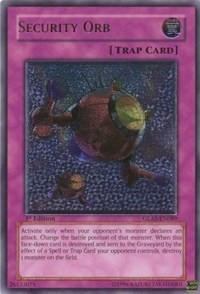 This is the first of a series of accidents on the part of manufacturing. For reasons we'll never officially know, 1st Edition copies of this card could only be pulled at the sneak peek. You could not get one out of a pack or box or tin at any point in the entire distribution of Gladiator's Assault. 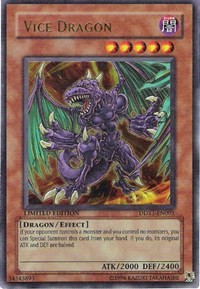 Next in the series is Vice Dragon. Originally planned to be packaged as a promo with the Duel Disk - Yusei Version toy, this card was randomly, and exceeding rarely, included with Raging Battle: Special Edition cases. It would be a full year until Vice Dragon was 'reprinted' in Gold Series 3, so until then there was no way most people could get their hands on this card, and the highest end of collectors still pursue the original printing. 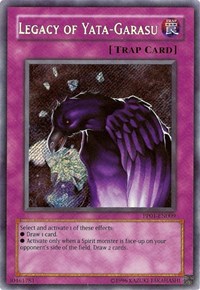 More than once, we've seen a rare sequence of events in which some of the sets not meant for quarterly releases, accidentally get printings of cards with the wrong rarities. The most famous example of this is in Premium Packs, where Super Rares like Legacy of Yata-Garasu would occasionally appear as Secret Rares instead. The more extreme examples are cards like Raiden, Hand of the Lightsworn and Giant Rex printed as Secret Rares, or most rarely, a limited number of Champion Pack 6 Supers that came as Ultra Rares.

In my 18 years of playing I've never even seen a full playset of Ultra Rare Phoenix Wing Wind Blast. 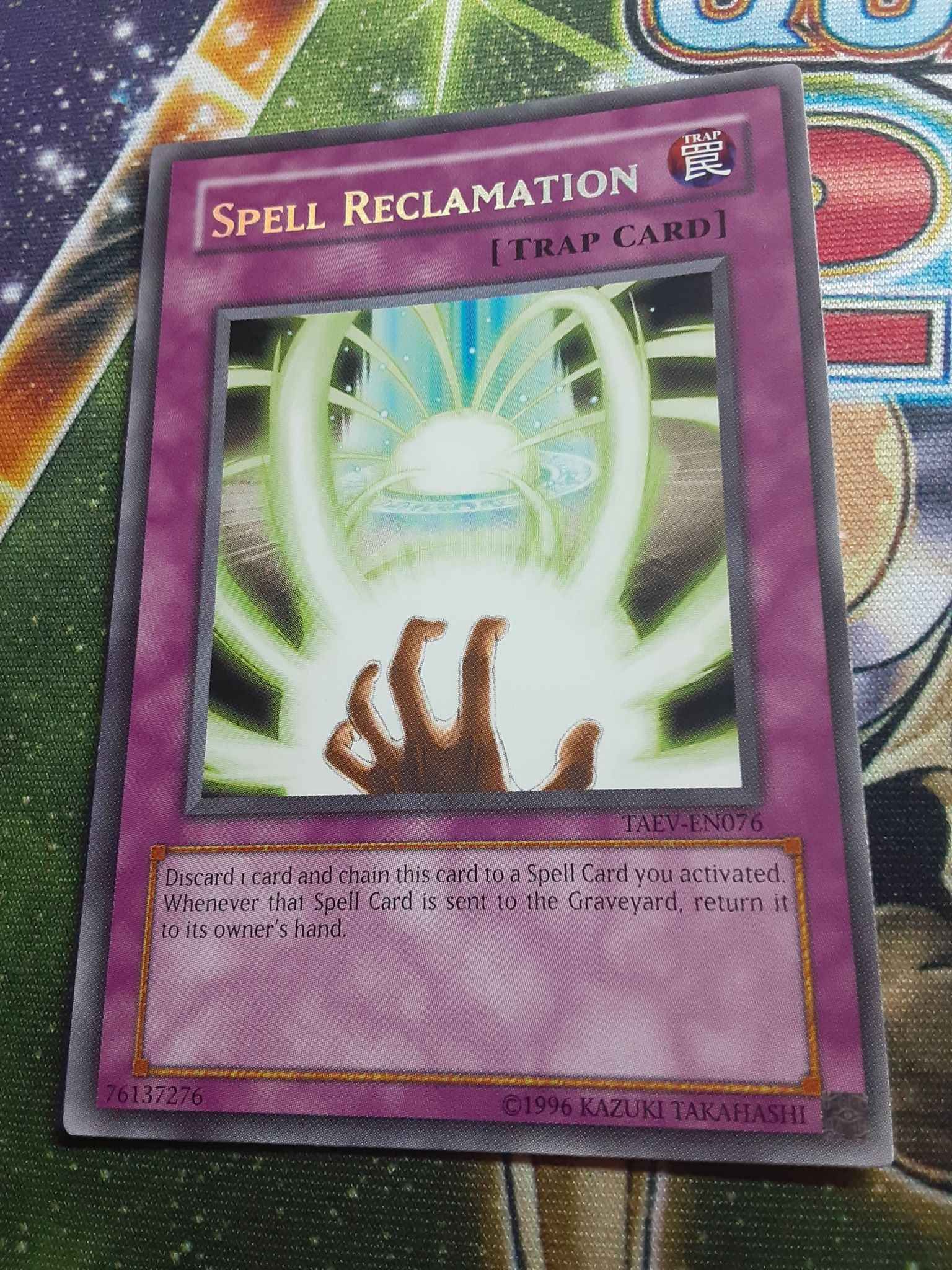 This image from a listing by TCGplayer seller Cardboard Colosseum

There are 18 normal Rare cards in Tactical Evolution. The same set which marked the debut of Ghost Rares. Rounding off our section on manufacturing difficulties, for one reason or another, if you opened a pack of TAEV from the tins specifically - not the Special Editions or the core release - the technology used for Secret Rare names is placed on these Rares. That means you can get things like Double Summon and Snake Rain in a unique rarity of rainbow-y lettering without foil artwork. 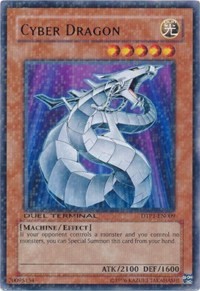 That second wave was actually the TCG debut of Ally of Justice Catastor along with 30 other reprints in the then-new Duel Terminal Parallel Rare rarity. The second wave also had some Duel Terminal Super Rares like Goyo Guardian, Nitro Warrior, and Blue-Eyes White Dragon, with rare Duel Terminal printings of Red-Eyes B. Dragon, Dark Magician, Cyber Dragon, and a couple others. 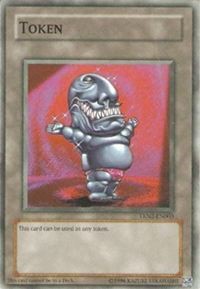 So picture this. It's Saturday, April 7th in 2007. You're at Toys "R" Us and it's the early afternoon. Welcome to the first ever TRU Throw Down Championship.

The better you do the more packs you earn of the then-new Strike of Neos booster! You're also awarded a better Duel Academy rank. Do well enough and you'd win your own TKN2-EN001 Ojama Green token! Do even better, and you can come back next month to win an Ojama Yellow Token if you made it to the Ra Yellow Duel Academy tier!

There's just one catch. You have to be under 12 years old to enter.

Things get even more complicated when the Ojama Black Token, TKN2-EN003 doesn't even get released, as the program was canceled after the second tournament. Upper Deck Entertainment ordered the Ojama Black tokens destroyed, but not all of them were…

Lastly, we're going all the way back. Even before the beginning. 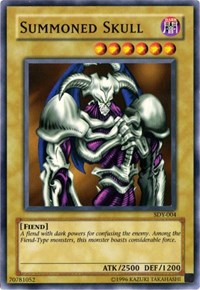 Yep. Summoned Skull. SDY-004. You may have even seen one of these in your travels without realizing it, because from the front, you can't even tell this card isn't a typical copy from the original Starter Deck Yugi.

But turn this piece of history over, and you'll see a different story! The word SAMPLE is written diagonally across the card back in white text; this version was given out to would-be tournament stores months before the Yu-Gi-Oh! TCG even began, as a way to advertise Upper Deck's new upcoming game. The intent was to show interested parties an example of what a Yu-Gi-Oh card would look like. Ignoring the extreme cases of one-of-a-kind cards, this is the big one. This is as rare as cards get. Few will ever see one in person, even if they aren't incredibly expensive.

After all, demand is the biggest driver of a card's price, even when it's got the lowest supply in the world.