If you're a longtime reader, know me on Facebook, or interacted with me in some capacity in the last 10+ years, you're familiar with one simple fact: Fableds are my favorite deck of all time.

Between complaining to my roommate about the lack of Fabled cards, writing a college essay on them, designing a tattoo, shoving references to Fableds in every other article I write, or bringing mediocre Fabled decks to tournaments for years, I've been pining for more Fabled support for over a decade. I started writing a list of things that had happened in ten years during that wait, but I was quickly overwhelmed by its sheer length.

When things like, "bought a house," "built a company," and "graduated high school, started college, and finished college," didn't even scratch the surface, it's kind of a belabored point.

What Fabled Is And What It Isn't

Whether through offense, defense, or nuance, most themes have one or more boss monsters that impact the game in some way. Obviously some are boss monsters area better than others, but even some of the worst archetypes have something to bring to the table: Iron Chain and Battlewasps, while woefully unrepresented, are still pretty cool if you're just looking at Iron Chain Dragon and Battlewasp - Ballista the Armageddon.

Fableds? When your whole theme revolves around discarding cards, you'd think there'd be a boss monster that rewards you or pushes your opponent when you discarding stuff. Instead, the closest thing to a boss monster is The Fabled Unicore or Fabled Dianaira.

Historically, Fableds have always been used in niche roles across a tiny smattering of decks. In the early 2010s, Fableds – namely The Fabled Chawa, The Fabled Cerburrel and The Fabled Ganashia – appeared in Plant decks to field more monsters for Synchro Summons.

The Fabled Cerburrel was also played in Dragunity decks to summon off Dragon Ravine so you could eventually go into Trident Dragion. The Fabled Gallabas was used as a counter to a variety of weird threats like Legendary Six Samurai - Shi En, Fabled Raven found its way into Dark World, and Fabled Soulkius popped up in Monster Mash variants of Burning Abyss.

But with this new wave of support, a real Fabled deck isn't just possible, but practical.

The Good, The Great, And The Best

I know I'm biased when I say this, but I truly believe all five of the new Fabled cards have their place in some kind of Fabled deck. As evidenced in the past, Fableds work in a ton of strategies, so the new cards will probably find several decks to buddy up with. 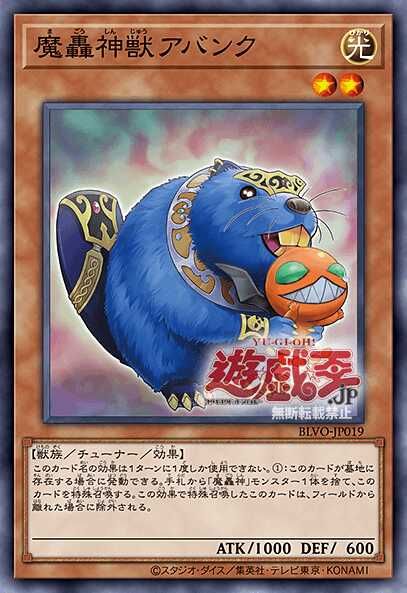 Starting with The Fabled Afanc, everyone's favorite blue beaver, I think it's time to acknowledge the best Normal Summon for Fableds – Rescue Cat. While I've toyed around with Righty Driver, Deskbot 003, Tour Guide from the Underworld, Lonefire Blossom and Uni-Zombie, The Fabled Afanc pushes Rescue Cat over the edge to win it the title of the deck's reigning Normal Summon.

Getting certain Fabled monsters into the graveyard's always been a top priority, whether it's Fabled Kushano for its own effect, or a target for Fabled Krus. But unlike other Fabled cards, The Fabled Afanc revives itself with the "downside" of discarding a Fabled. Since Fabled decks have largely been beholden to The Fabled Nozoochee and The Fabled Cerburrel as combo catalysts from the hand, The Fabled Afanc flips the script and pushes the game beyond the grave. 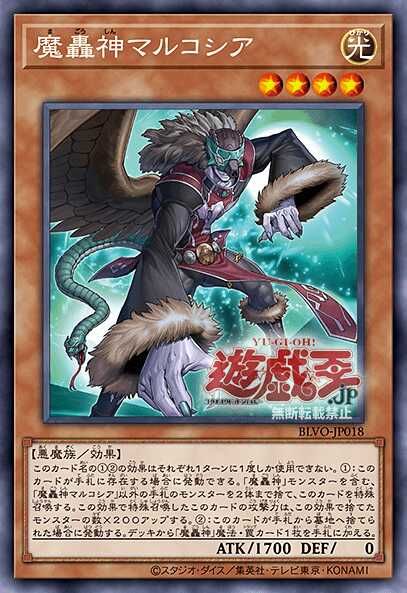 Similarly, Fabled Marchosia is another monster that fields itself and discards Fabled cards, a mechanic that was surprisingly relegated to low Level Fableds until now. Placing a Level 4 onto the table straight from your hand is surprisingly relevant, and on top of that, you can discard two cards to summon it. Many Fabled effects – like Fabled Krus and The Fabled Cerburrel – aren't once per turn, making Fabled Marchosia that much better. 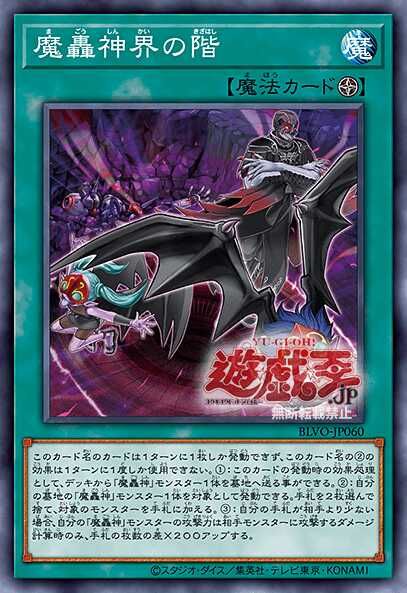 And Fabled Marchosiaalso searches a Fabled spell or trap when it's discarded… and it just so happens we got an amazing Field Spell, too: Stairway to the Fabled World . Considering it's searchable, I would have been pretty happy if its only effect was to mimic Foolish Burial. But on top of that, Stairway facilitates the discards of Fabled cards, recouping resources and pumping up the ATK of your Fabled monsters in battle.

While the above three cards should be played in virtually every Fabled deck, the Synchro Fabled Andraith, and the trap Fabled Regicide, offer a different perspective on what Fabled decks can do.

If it's not abundantly clear, Fableds make a lot of Synchro Summons, and any deck that can Synchro Summon hordes of monsters ad nauseum can leverage hand loops thanks to PSY-Framelord Omega, T.G. Hyper Librarian and Trishula, Dragon of the Ice Barrier. It's a bit of hand waving, but check out Koty Angeloff's build pre-COVID that did just that. 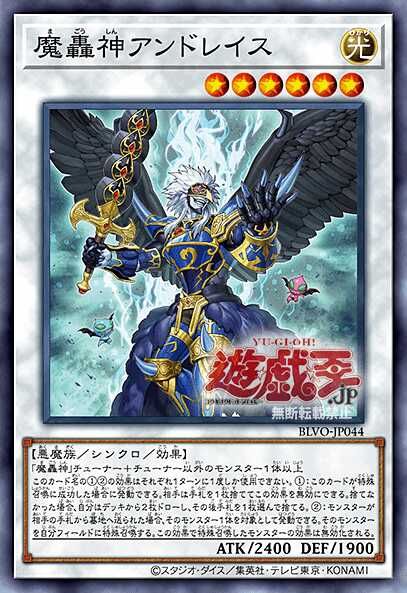 Fabled Andraith works well in that strategy, at least for the Fabled portion. Whether you're blitzing through your deck, or forcing your opponent to lose a card frmo their hand, Fableds have the power to tap into various Synchro hand loops with a Level 6 Synchro – a good Level when you have leftover Fableds on board. 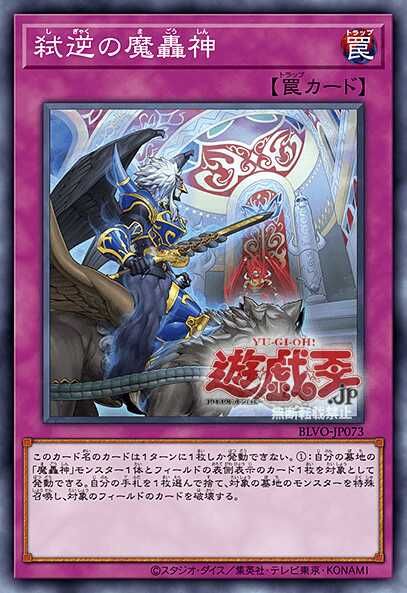 Pivot 180 degrees in the other way, and you have Fabled Regicide. I never would have thought Fableds would get a trap card, but here we are in 2020 with an on-theme searchable way to abuse The Fabled Unicore. Yes, one of the best Synchros has normally had to rely on cards like Phoenix Wing Wind Blast to manipulate hand size, but now there's destruction, hand manipulation and revival all in one card.

So… What's The "Best" Fabled Deck?

For what it's worth, I don't think there's one best Fabled deck, since the strategy lends itself to so many different approaches. Imagine Burning Abyss without Beatrice, Lady of the Eternal – it's pretty great, but there aren't many "Burning Abyss" cards to end on and call it a day.

Instead, I'm leaning hard into the Synchro Summons, though not committing 100% to a complete hand loop. Not only is the hand loop concept degenerate, it's less effective; my approach lets me play around with other cards acting as negations, leveraging the history of what Fabled's done in the past, all of which it can do even better now.

1 Stairway to the Fabled World

1 Apollousa, Bow of the Goddess

1 Trishula, Dragon of the Ice Barrier

1 Herald of the Arc Light

Shooting Quasar Dragon is one of the deck's biggest heavy hitters, and it's almost easy to summon when Fabled Ragin is drawing you so many cards. And speaking of Fabled Ragin, it's the lynchpin for another old favorite: Constellar Pleiades.

Surprisingly,you're not limited to old favorites like those two – between the huge range of Levels, tuners, and ease of summoning, your options are wide open. I chose to keep my build as consistent as possible with some failsafe options like Crystron Halqifibrax and Borreload Savage Dragon, but I'm looking forward to the many different ways we can play Fabled in the future.