Throughout 2020, judges have been solicited for feedback on aspects of tournament policy that needed clarification. It all culminated in Tuesday's release: version 2.1 of KDE-US's tournament policy documents, which you can find here!

Many of the policy updates are straightforward, while others might not make as much sense to players. As both a YCS judge and competitor, I'll be taking today to add some commentary and analyze certain individual updates to the policy, providing clarification and context. I recommend that you read up on the key changes in Konami's official blog post. I will not be covering every one of these key changes, but instead will provide commentary on the parts that have been the most discussed and contested.

Section I: Asking For Advice vs. Asking About Mechanics

The revisions to Section I of the policy contain some of the most requested material that judges asked for when surveyed.

As a player, I've had a couple of frustrating instances in which an inexperienced floor judge wouldn't initially answer my question about activation legality, citing that they weren't allowed to coach me. Such logic is silly. If a player is unsure whether they can activate a card, they shouldn't need to bet a penalty on their guess by activating the card and seeing whether the judge rules it illegal post hoc.

The new policy now includes additional examples that the 2019 policy lacked. Take a look at this scenario:

With this new inclusion, judges can better appreciate that the widespread "I can't make a ruling until the player makes the move" heuristic is inaccurate. A judge can and should share truths about game mechanics when asked by a player.

Likewise, players should phrase their questions with wording such that they are asking for objective truths about the game's rules and mechanics, and not for subjective assessments that sound like a request for strategic advice.

In Subsection B, a small provision has been added to account for the fact that some duelists may not want to use their legal name when competing. There are a number of reasons why duelists might not use the name on their ID, including but not limited to transgender individuals, for whom legal name changes can prove difficult depending on their state of residence. Duelists who wish to play under a different name can email Konami or speak with the TO at the event.

Subsection E is an entirely new section that describes the permissible usage of the Neuron mobile app during tournament play. Since this section is brand new, I recommend that you read it in its entirety. Aficionados of non-English cards like myself were pleased to learn that this app serves as a digital card translator. We no longer have to bring translation printouts to tournaments! Save the trees. The only downside to this is that we will no longer get to appreciate Avery Foster's beautiful hand-drawn translations, like the two below that he used at the NAWCQ 2019. 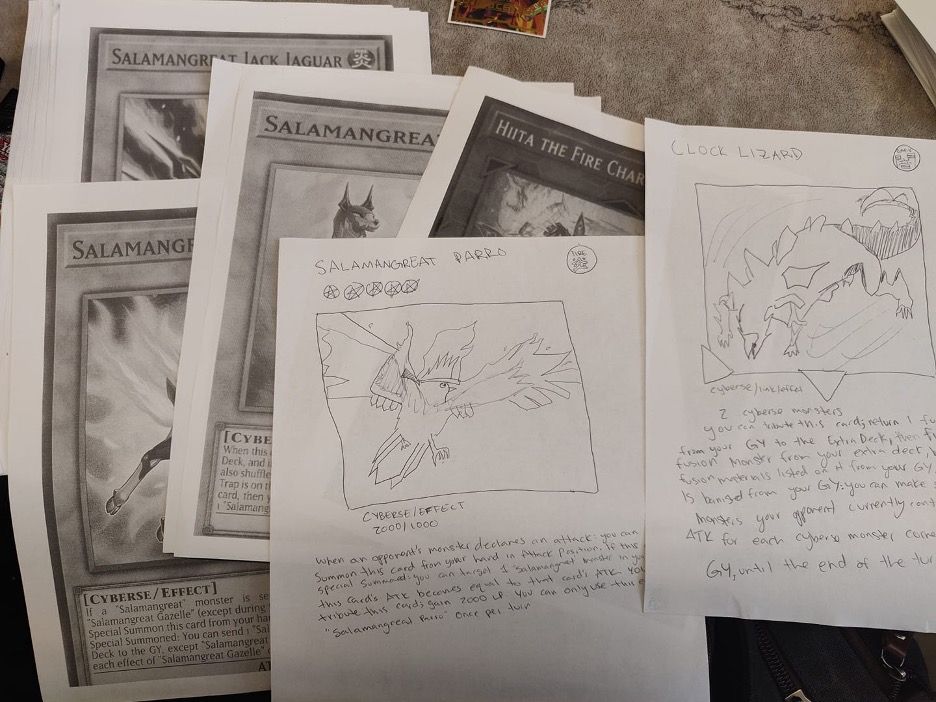 Remember that relying on Neuron does leave one vulnerability: technical malfunction. If your battery dies or your phone suddenly experiences issues, you're still responsible for providing translations. Keep that in mind, and consider keeping a hard copy for a backup.

Finally, Subsection H stipulates that wearing masks may be required in the interest of public health, and Subsection K says that duelists must wear clothing and that said clothing must be clean. The wording of Subsection K is a bit wonky; a strict reading of the sentence saying shirts, shoes, and pants/skirts must be worn makes it sound as if sweaters, sandals, and shorts aren't permissible alternatives. Don't take it literally. You may wear other articles of clothing. I even confirmed with Konami that you can wear a onesie, as Michael Tamez often likes to do at tournaments. 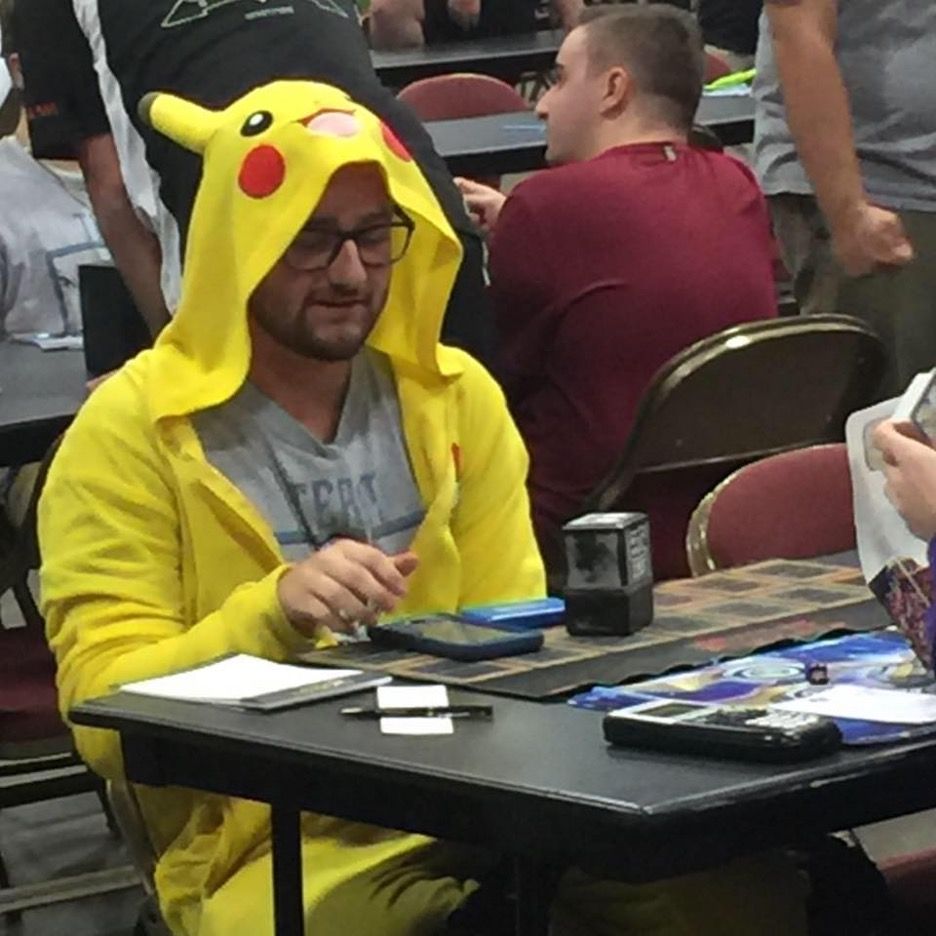 Section IV contains a large set of updates that are worth reading over.

First, I'd like to dispel a common misunderstanding I've observed on social media. Subsection D is not about completing deck registration digitally. While I'm sure we all would love to skip waiting in line to register our deck lists, that technology has not been implemented, and it will probably be quite some time before it is. Rather, this section merely describes how players can populate their deck registration sheet with the aid of the Neuron app. This still requires printing out said sheet and waiting in line to turn it in. Those who have used Duelingbook to print their deck lists (I've always enjoyed this convenience over writing or typing out every card) will recognize that this is very similar functionality.

Subsection G contains perhaps my single favorite update in the history of tournament policy updates. Duelists are finally permitted to double sleeve their cards! In today's world, collectibles like trading cards are appreciating in value, so much so that many collectibles are simply too valuable to touch directly. In Magic: The Gathering, we've even seen cards go on auction to sell piecemeal as shares of stock. Yu-Gi-Oh cards have similarly appreciated over the years. The practice of double sleeving reduces, and even eliminates, the need to ever touch your valuable cards directly. This has been long overdue. 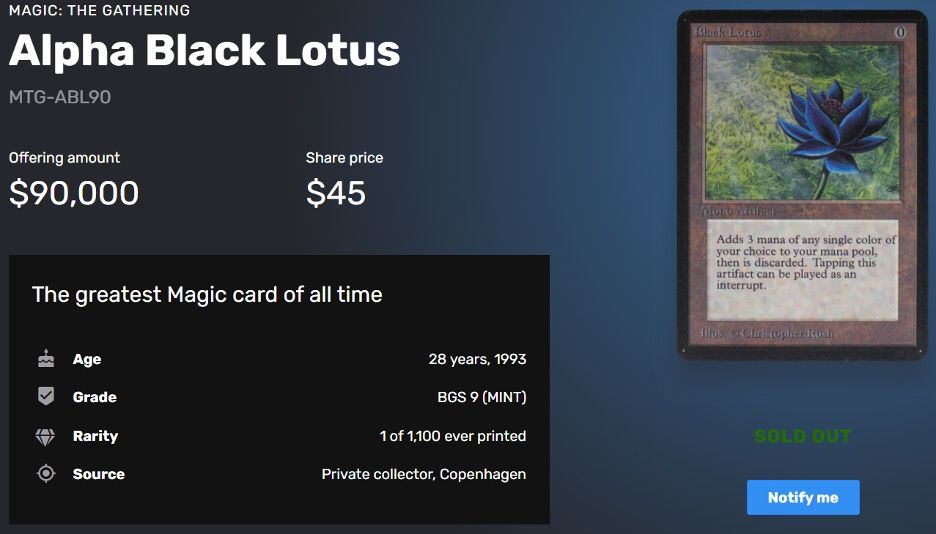 Subsection H has been highly controversial over the past few days. This section now clarifies that dice cannot be used to indicate the number of counters for effects that use counters. This has always been the rule, and now it's been put in writing. After speaking with a seasoned YCS Head Judge, what I gather is that a high occurrence of player disputes resulting from dice being used as counters has led to this update.

Many players are up in arms over this rule, and understandably so. There's validity to the argument that it wastes time to count out physical counters and/or write them down on paper as their numbers accrue over the course of a turn or duel. I would love to live in an ideal world in which all players can be honest about their game states so that we can stick to dice. Unfortunately, we don't live in such a world, and it's easy for dice to be changed from one side to another, accidentally or otherwise.

However, I wouldn't worry about the consequences of having to use counters. History has shown that wherever there are inconveniences, there are profit-motivated businesses willing to solve them. Products have been developed in gaming to help count to high numbers, and I find it reasonable to predict that this policy update will inspire businesses to create even more products to assist duelists who need to count really, really high.

Subsection J provides new information on the rules surrounding notetaking. The blog and the policy document are self-explanatory here. The only commentary I would add is that the additions allowing notes to help maintain a legal gamestate, help adapt this policy now that there are so many newer game mechanics which benefit from taking notes. The F.A. monsters immediately come to mind, a group of cards that never used counters, but were subject to often rapid changes in their Levels with no defined mechanism to keep track.

Subsection O is a new section that describes how to handle the two types of loops in Yu-Gi-Oh. Newer players may be surprised to learn that these procedures have always existed, and Konami has now formalized them in the policy. While I don't think this particular section is immediately important (they cover niche rare scenarios), I do like what it represents: that many of the "unwritten" rules of the game are finally being documented. In the past, I've found it difficult to convince players of certain rules because they were only found in third-party rulings databases (like Yugipedia). Many of these rules originate from Japan's Perfect Rulebook, and I hope that in time, the TCG will have the equivalent information printed. 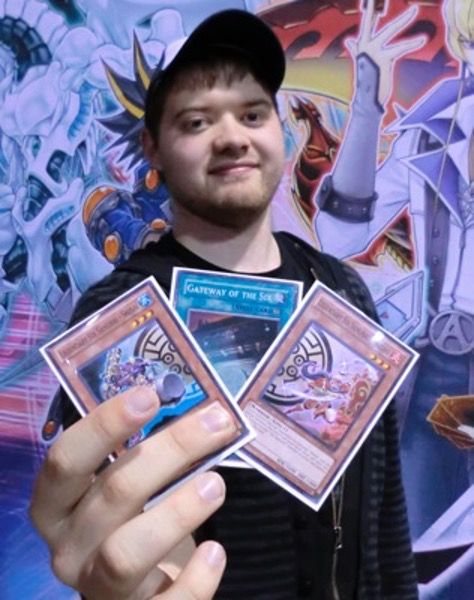 "I like to do this a trillion times and put two trillion counters on each Gateway. That way I can remove a billion, and still have so many counters." – Billy Brake

The update in Subsection C is minor but important. Years ago, a prominent player was suspended for intentionally using the three-minute side decking limit to run out the clock. The update now clarifies that the three-minute threshold is an absolute ceiling that applies to the most extreme situation.

Just as you can use Neuron (while offline) to translate cards, so too can you use the app to look up the proper text for cards with translation errors, misprints, and outdated text.