In the world of TCGs, Yu-Gi-Oh's notorious for its aggressive edits to card art.

Konami's modified hundreds of cards from their original presentation in the Asian OCG, in preparation for their international release. Cards depicting certain kinds of violence, weapons, or suggestive themes have been radically altered. Guns or cannons are almost always modified to look less like real armaments and more like futuristic laser weapons or toy guns, and female characters typically get an extra layer of clothing.

Naturally, some collectors still prefer the original art, and that's where the Lost Art Promotion comes in.

If you're unaware, the Lost Art Promotion supports tournament stores by providing them with unedited cards to give away to players who spend a certain amount on sealed Yu-Gi-Oh products. One card from each Lost Art series is released per month, for a total of twelve cards per year — but the list of cards with modified artwork is massive. It'll take decades for Konami to make their way through the entire list. To be fair, most cards probably don't need a Lost Art revision. They're either completely irrelevant, or the changes were so minor that updating them is pointless. That said, there are plenty of cards whose original artworks would become hugely popular with collectors, including the following ten cards.

#10 Barrel Behind The Door 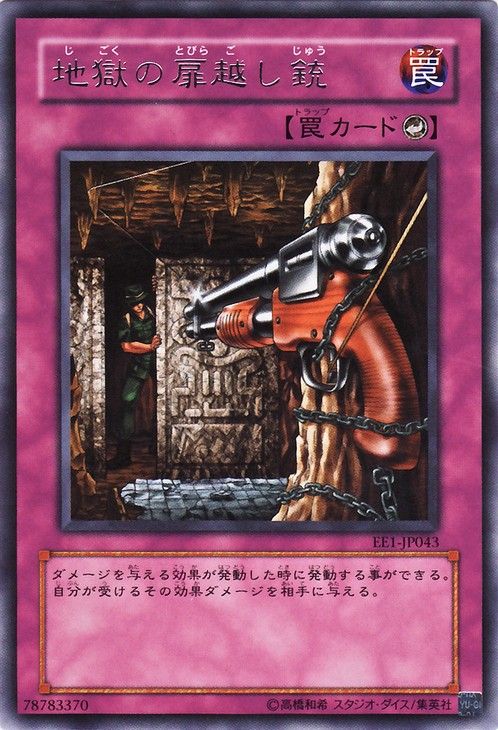 The realistic gun in Barrel Behind the Door was changed to an ancient Egyptian-themed weapon for its international release, but oddly enough, the original design appeared in an English episode of Yu-Gi-Oh 5D's. Barrel Behind the Door was released at a time when Yu-Gi-Oh was still toying with its vaguely-Egyptian aesthetic, so while the gun isn't completely out of place in the international artwork, it's still a little confusing to see a somewhat-modern weapon in an ancient tomb. Konami hasn't updated any small arms quite yet, but they have updated the cannons on certain cards to look more realistic. 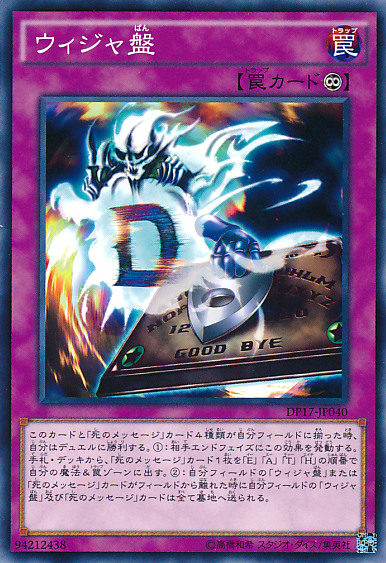 The Destiny Board ouija board artwork is one of the most-requested Lost Arts since the promotion began. With more religious symbols being added back to cards — like Monster Reborn and Celestia, Lightsworn Angel — maybe it's time to look into returning the ouija board? Still, Destiny Board's modern meme potential is a lot more useful than its darker original theme. Paying your respects to your opponent with 'F' is top-tier comedy, at least until your backrow gets blown out by a Harpie's Feather Duster or Lightning Storm. 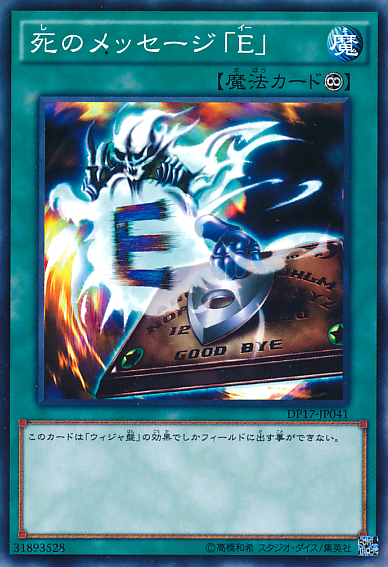 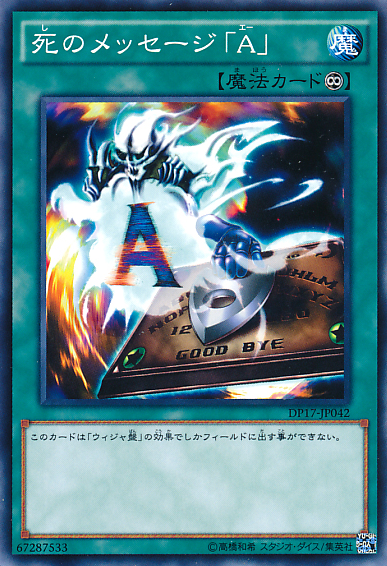 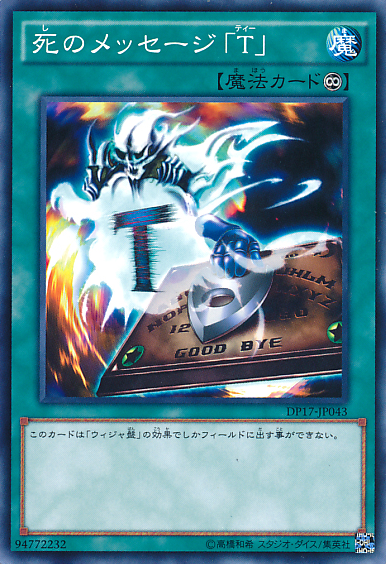 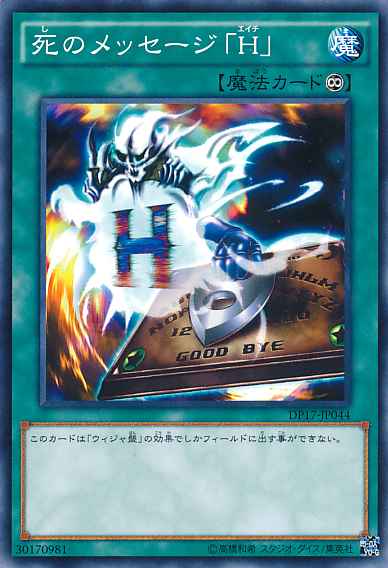 The original art of Destiny Board is just one piece of the message. The remaining Spirit Messages currently spell the word "Final", but the original word was "Death." There's definitely some kind of rule at Konami to not use the 'death' in card names, because you won't find a single card where the word appears. It might be against the rules at Konami, but I think collectors would love to get their hands on a unique set of Spirit Message cards. Plus, think of the possibilities with an extra set of letters! Granted, Spirit Message "A" appears in both line-ups, so it's really just four new letters. 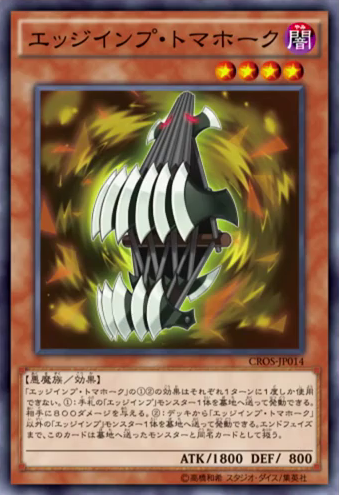 Both Edge Imp Saw and Edge Imp Tomahawk are victims of Konami's censorship against depictions of violence...although it's hard to tell exactly why blades are a particular problem in this case, especially when they're ostensibly used for cutting or shearing fabric. There are plenty of uncensored blades, swords, and other sharpened weapons in Yu-Gi-Oh already, so the glowing blades of the Edge Imp cards feel out of place. Regardless, Edge Imp Sabres already received a Lost Art, so there's a good chance that Saw and Tomahawk will join it in a future release. 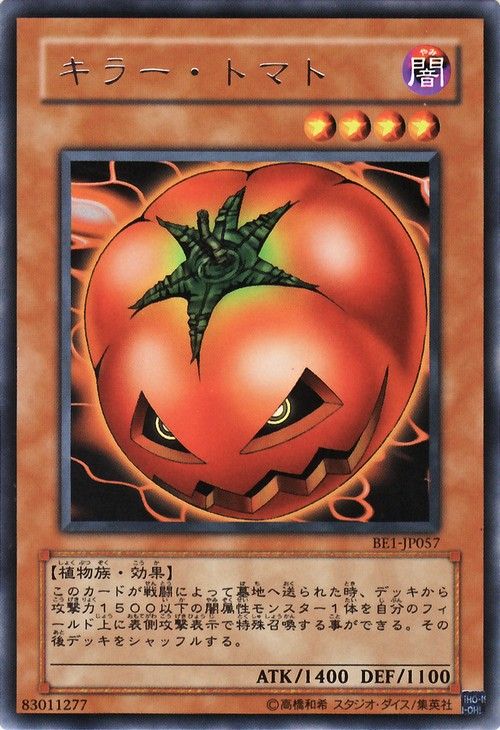 Mystic Tomato's international art is a full redraw of the original, and I honestly think it's for the better. The original Mystic Tomato looks a bit too much like, well, a tomato. Seriously, it's just a tomato with the kind of face you'll find every year on a jack-o-lantern. That said, we absolutely need the original art in the TCG for the sake of tomato players everywhere. Inmato, Interceptomato, and Cherry Inmato will probably be joined by a Tomato theme based on the Yu-Gi-Oh! ZEXAL anime, and we'll want the original Mystic Tomato before then. 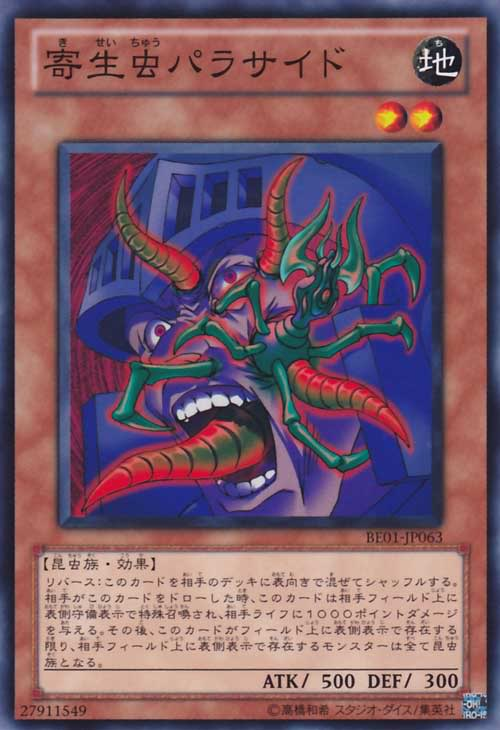 One of Yu-Gi-Oh's most horrifying card arts, Parasite Paracide would be an excellent collector's item for fans of the game's early experiments with horror themes. Some of the earliest Normal Monsters in Yu-Gi-Oh are incredibly creepy, but Parasite Paracide is definitely a step above them. Parasite Paranoid is a callback to the original Parasite Paracide art without the disturbing 'bursting-out-of-face' art, and I think that's probably as far as Konami is willing to go. Still, I can't help hoping for the original artwork to return someday, if only for its shock value. 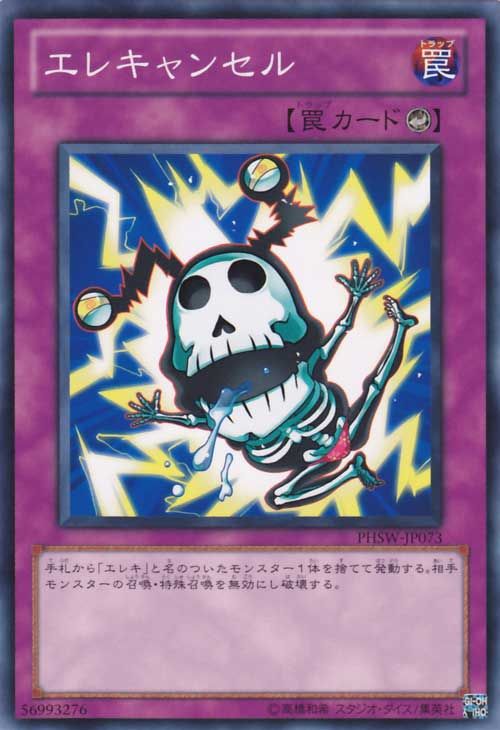 Cards depicting electrocution are often changed for their international release. I can understand the perspective, but as someone who grew up watching Pokemon, I'm now completely desensitized to cartoon electricity as a form of violence. The original Wattcancel art isn't shocking — it's honestly rather humorous. I'm down for more Ojama humor, even if it's at their expense, because the current TCG art is incredibly bland and uninteresting. I'd rather see Ojama Yellow's summon being stopped by an electric discharge than a lightning bolt and a red cross symbol. 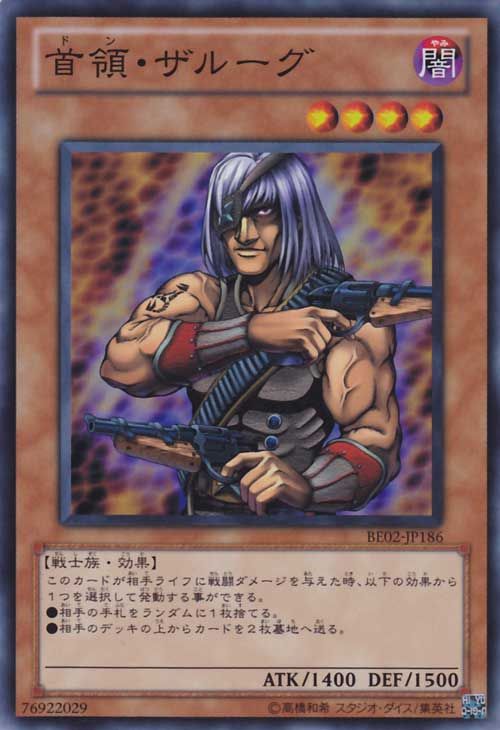 The TCG depiction of Don Zaloog as a close-range fighter is totally acceptable and fits the theme of the Dark Scorpions. There's just one problem: the ammunition belt slung over his shoulder. Don Zaloog's original artwork features a pair of pistols that somewhat explain the ammo belt, although it's still an unusual choice for someone that isn't wielding a belt-fed weapon. Like Barrel Behind the Door, there's no precedent yet for reintroducing realistic-looking weapons, so it's hard to tell if there's any possibility that Don Zaloog's original art could make its way here. 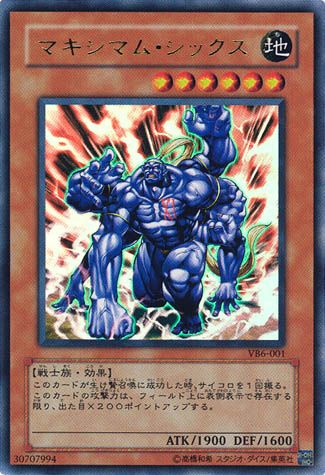 The OCG artwork for Maximum Six contains an error: the Roman numeral on its chest reads XI instead of VI. This was changed for the international release, but personally, I think it'd be fun to collect 'Maximum Eleven' in the TCG. Actually, a better throwback to the original artwork would be the release of a card called 'Maximum Eleven' that required you to roll two dice simultaneously. It's maybe a niche pick, but I love the idea of receiving an error as a Lost Art card. 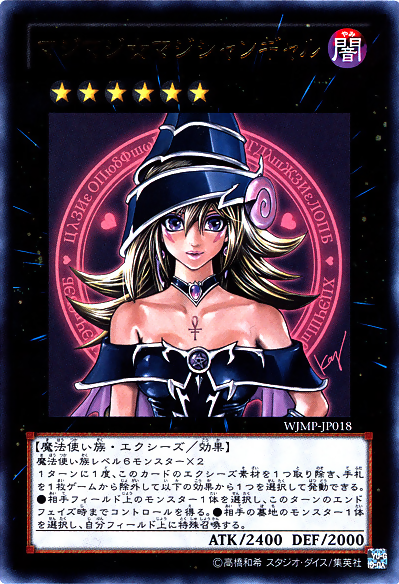 The Rank 6 Magi Magi Magician Gal was released back in 2011 in the OCG, but it never made its way to the TCG, despite high demand from fans. The Lost Art promotion isn't meant to introduce brand-new cards, but sometime in the next decade we might get an international release of Magi Magi Magician Gal with altered art. A Lost Art will probably follow, and like the recent Dark Magician Girl Lost Art, I'd expect it to be very popular. Yu-Gi-Oh players can't get enough of Dark Magician Girl in all of her various forms.

Magi Magi Magician Gal might never come to the TCG, of course. The ankh in the card's artwork would likely need to be changed, but the rumor is that Konami is unable to alter the art because the artist and copyright holder Kazuki Takahashi refuses to do so. There's nothing definitive on this subject, although the Lost Art Promotion would allow Konami to bypass their own restrictions on releasing Magi Magi Magician Gal. It's not the best option, since a brand-new collector card would have insane demand, but it might be the only way the TCG ever sees this card.

There are plenty of other cards I'd love to talk about here, like the numerous changes on Spy-C-Spy to the dozens of religious symbols that have been removed or totally changed on cards. I tried to keep this list close to reality: what's actually possible given how Konami has approached other Lost Art cards. Drug references, including alcohol use, just aren't coming to Lost Art Promotions anytime soon. I think guns are a long shot, but still much more likely than seeing a drunk Number 41: Bagooska the Terribly Tired Tapir. Some card arts are just inevitable, like Mystic Tomato. There's no way it isn't coming sometime in the next two waves.

The most likely group of cards to become uncensored are those depicting female characters with exposed skin. We've already seen Lost Art tackle these cards, including numerous Harpie cards, and I think that's largely driven by the extremely liberal approach to fan service by other trading card games. There's still clearly a difference between what's acceptable for mass release versus a smaller promotional release. War Rock Skyler debuted in the OCG just over a month ago with her uncensored art, despite premiering in the TCG earlier this year. Lost Art isn't an indication that Konami's approach to censoring cards has changed, but it does give players an opportunity to get their hands on the original art.