Phantom Rage is out, bringing new themes with real competitive potential, and powerful support cards to help reshape current competition. It's sort of a double-whammy: Phantom Rage is going to shape metagames right now, sure, but the set will probably have a second round of impacts whenever the next banlist arrives, possibly as soon as December.

New archetypes like Virtual Worlds and Tri-Brigades look very well designed, and they'll definitely spice things up in time. The Dual Avatars fusion theme looks pretty cool too. We also get new Phantom Knight cards that are also Raidraptor cards? Something tells me that Phantom Knights will see way more play in the coming weeks.

The new U.A. cards were surprising to see but very welcome, as it's been forever since their last wave of support. Infernity also gets some new cards here in the year 2020. Hopefully that will see more play. And I know I'm not the only one that's super excited for the new Prank-Kids Meow-Meow-Mu!

But I'm not here to talk about that stuff today. Instead, I want to take you through my personal pick of the best overlooked cards in the new set; some that could help decks on the competitive sidelines, and some that are just plain cool. I'll start off with the Honorable Mentions; two cards that are certainly appealing, but that fell just short of the cut because they're a little too limited across a range of scenarios. 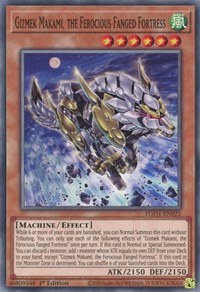 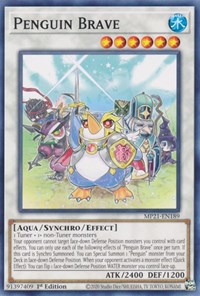 Penguin Brave a generic Level 6 Synchro that can summon Penguins! I think the artwork may reveal more future Penguin monsters in the far future, too, but as far as gameplay's concerned now, it can bring out Penguin Soldier or Nightmare Penguin in face-down defense. You can use its other effect to flip up that Penguin, and that new Penguin's effect will activate in a new chain to bounce cards. Very neat!

With those honorable mentions out of the way, let's get into the Top 10! 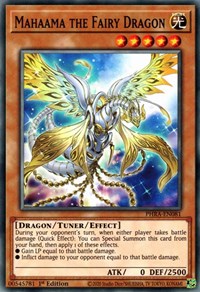 This just made my list because it's a brand new TCG exclusive World Premiere! It's got a pretty viable effect in a slower game, being something similar to Gorz the Emissary of Darkness back in the day. But what's very cool about Mahaama the Fairy Dragon is the chance to burn the damage right back at your opponent, which is the type of effect that could potentially steal you a game. Being a Dragon, as well as a Tuner, could make this pretty viable in the future. 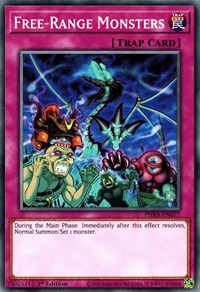 Free-Range Monsters is a Normal Trap, so you can search it out with Trap Trick. An additional summon you can use in your opponent's Main Phase isn't an entirely new concept for Tribute Summoning or Synchro Summoning, but Normal Summoning on your opponent's Main Phase specifically is pretty new. Arrivalrivals from Circuit Break in 2017 was the only other legal card that sort of allowed this, but it works specifically in the Battle Phase. This type of trap could allow some really gimmicky combos. If you pair it with something that can search for a disruption card or a floodgate, then this trap could help facilitate it.

Take that Gizmek Makami, the Ferocious Fanged Fortress for example. You activate a Pot of Extravagance, summon Gizmek Makami, the Ferocious Fanged Fortress, and use its effect to search your deck for Barrier Statue of the Torrent - any statue that isn't an attribute your opponent's playing. Then use Free-Range Monsters to summon it. This card probably won't be played in current metagames, but It's something to keep in mind for future formats.

Nephthys is another theme from Hidden Summoners that ' very rough to look at. But this new Ritual Monster lets you cheat out another Ritual from the deck, making it a lot easier to climb into the strategy's Link-3 boss monster Nephthys, the Sacred Flame with multiple Rituals to get all of its buffs. At full power, Nephthys, the Sacred Flame protects your Main Monster Zone theme-stamped cards from attacks, it can't be destroyed by battle or effects, it can't be targeted, and it goes to 4800 ATK. Not too shabby. 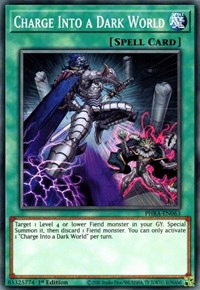 #7 Charge Into a Dark World

Even a popular Fiend-type deck like Burning Abyss or Infernoids could play this thing. A revival effect coupled with a discard to help get cards to the graveyard is pretty fair. 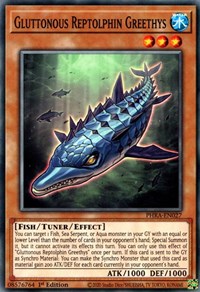 It's a Tuner. But it's also a FISH! There aren't that many Fish-type Tuners in the game, I'll tell you that much. Speaking of Fish, there's this card called Superancient Deepsea King Coelacanth that exists. And if it was easier to summon, then Fish Synchro could be a formidable combo deck that could rival the likes of Block Dragon in Adamancipator.

We did get Lifeless Leaffish recently, which could help. But Fish just need another really good starter card to get Superancient Deepsea King Coelacanth into play and it'll be viable. 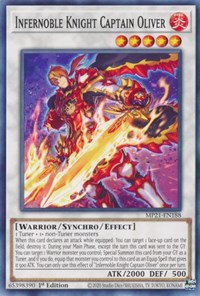 Regardless, I can see this card being played in some Infernoble decks because it gives you an option for removal, plus another recursion. That's important in simplified game states.

Prank-Kids get support, and Nephthys does too. The last theme from Hidden Summoners was. Oh yeah! That zombie archetype, Mayakashi! The Mayakashi theme has a Level 1 called Hajun, the Winged Mayakashi that's basically a 1-card combo. So while Jack-in-the-Hand isn't direct support specifically for Mayakashis, it does give them another search card for that Level 1.

This spell's a very good Level 1 searcher, but it's only useful if you can afford to give your opponent a card. You can guarantee yourself an Effect Veiler, but you'll be giving one to your opponent too. That makes it a tricky card to use, but I can see it being played in a variety of ways in the future so keep an eye on it. 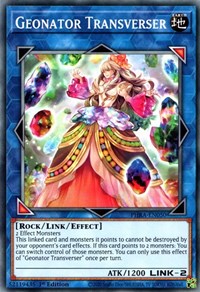 Remember the Galatea, the Orcust Automaton zones that you avoid summoning into so you can actually destroy Galatea, the Orcust Automaton by battle? Well now you might have to avoid those zones again, so your opponent doesn't just use this new Link Monster to Creature Swap you. Since Geonator Transverser so generic and so easy to use, I know I'll be trying to play it to help put pressure on opposing boards when I'm going second. 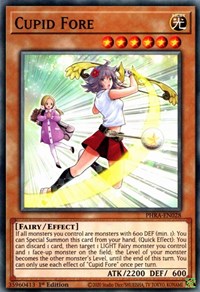 It's a free Special Summon, but it only works if you ONLY control monsters with 600 DEF. That sounds rough, but I did a quick search and there's actually a ton of monsters with exactly 600 Defense Points. Cupid Fore could actually be an amazing extender for future gameplay.

For starters, you can Special Summon Cupid Fore after you resolve Nibiru, the Primal Being from the turn before. Some of the new Virtual World monsters have 600 DEF. Tour Guide from the Underworld, Sangan, and Psychic Tracker all have 600 DEF. Cupid Fore can also manipulate its Level, or any Fairy's Level, shifting it to match the Level of another monster on the field by discarding a card. Cupid Fore starts off as a Level 6, but thanks to that effect you can use it in a variety of ways.

I'd pick up some copies of Cupid Fore just to have a playset of it around. 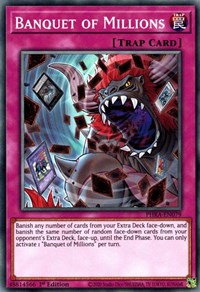 Finally, Banquet of Millions may wind up being the most underappreciated card in Phantom Rage, but it also did have some hype when it was first announced in Japan, so it might garner some attention. Regardless, Banquet of Millions is a very strong anti-meta contender that makes a great stun card, locking out combo players for a turn.

You can use it to power up a Gren Maju Da Eiza with 6000 or more ATK, or activate Domain of the True Monarchs with a full Extra Deck, then flip Banquet of Millions. You can even search it with Trap Trick. Not many players are talking about this card, and that may be because combo players don't want you to play it.

And that's what I've got for my list of the Top 10 overlooked and underrated cards in Phantom Rage! I hope I've given you some ideas, and I hope you're just as excited as I am to play something new.