This article's purpose is not to tell you why going first is generally the correct move in Magic: The Gathering.

The short answer to that question is that getting to act first (and, by extension deny your opponent the ability to act first) and having more mana available in the beginning of the game are more valuable than having early card advantage. The long answer is a lot more complicated and has been explained in depth by Reid Duke in his Level One – Play or Draw? article on the Wizards of the Coast website.

Instead, this article is going to tell you that in what has been dubbed 'Elktoberfest' by reddit user joshymuffin, you really, really want to go first.

The current gameplay in competitive Standard goes something like this:

The person on the play lands a Gilded Goose on their first turn. On their second turn that player casts Oko, Thief of Crowns and immediately starts churning out an army of 3/3 Elk.

With the London mulligan combined with the free deck-digging spell Once Upon a Time, opening hands are remarkably consistent in green decks.

Sometimes, the first Oko, Thief of Crowns doesn't appear until the third turn. Maybe it's Nissa, Who Shakes the World, or a threatening creature like Questing Beast or Wicked Wolf. Each of these has something in common—they do something on the turn they land. They make creatures or Food, they remove (or transform) creatures on the opposing side of the battlefield, or they give you access to more mana or deal damage to the opponent and their planeswalkers. Even if you remove these threats, they've made an impact on the board.

This has lead to the phenomenon of players adding Noxious Grasp and the protective Veil of Summer to their maindecks and best-of-one decks to remove their opponent's threats and protect their own. Using a turn to remove one of these threats early on usually means you are spending that turn not generating your own threats.

The player who lands their Oko first will be one 3/3 Elk ahead of their opponent, and the person who goes first has a much higher chance of being that lucky player. 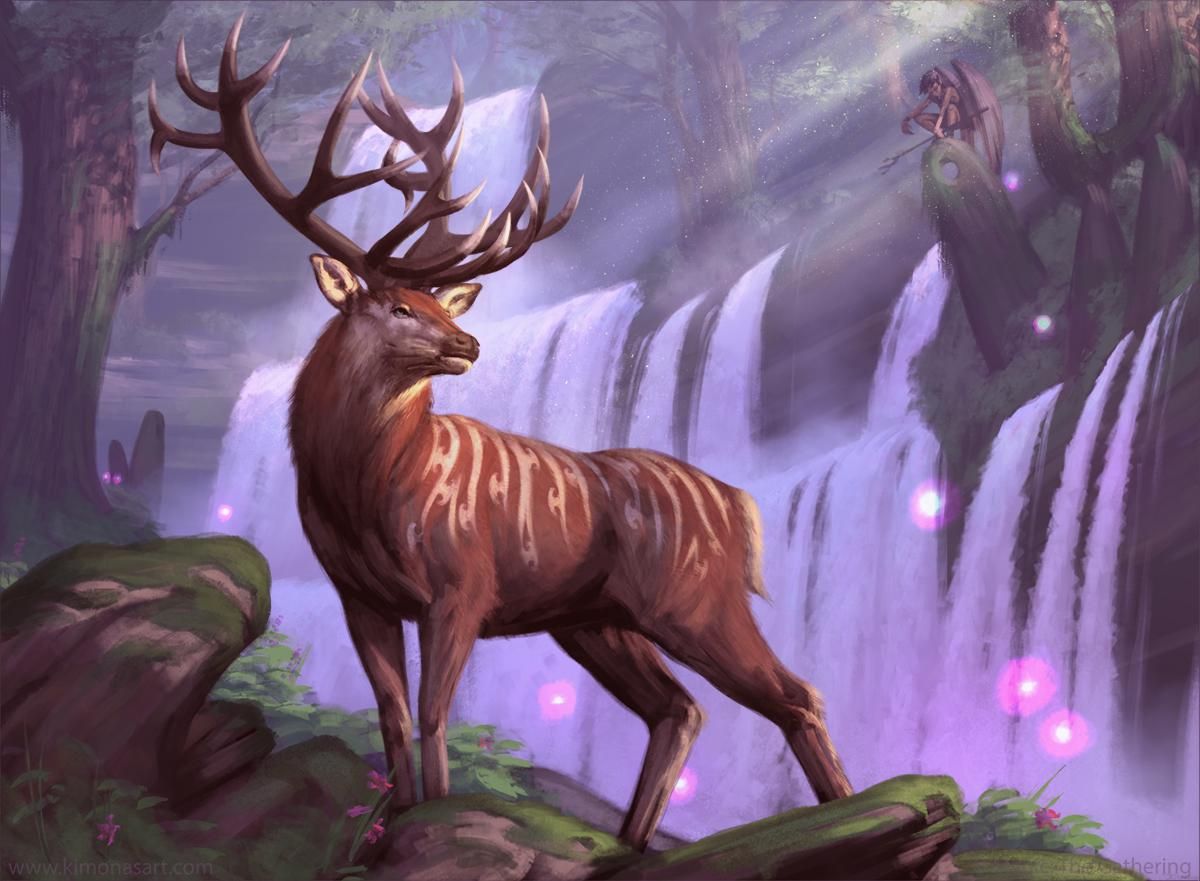 Not everyone wants to play Oko, even though it's proven to be a powerful piece of the meta. Adventure decks based around the Edgewall Innkeeper want to start up their value engine before their opponent has a chance to respond with removal. Aggressive decks want to start dealing damage as quickly as possible, with Knight, Aristocrat and Burn decks all hoping to go first so they have that crucial early time on the board. Control decks which may not necessarily benefit from going first typically choose to be on the play to deny their opponents the opportunity.

The ever-creeping power of creatures and planeswalkers means that more power and value can land on the board in the first turns of the game, making it increasingly likely that games can be decided early, with a larger advantage going to the player going first. Brian Braun-Duin discusses the effect of early critical turns in his recent article Why Standard Sucks and How to Prevent It.

I wanted to know how deep the pain of going second ran, so I asked the team at Untapped.gg if they could take a peek at the data they have from Magic: The Gathering Arena matches and tell me how often players win when on the play and on the draw. For those that don't know, Untapped.gg is a tool which uses the log files produced by MTG Arena to provide deck tracking and analytics.

Let's start with the big picture. Looking at over half a million games of best-of-one, it was clear that there was a statistically significant difference between going first and going second, with an over 11% difference in Constructed gameplay. Throne of Eldraine drafts, which are considerably slower than Standard gameplay, showed much closer to fair odds on the play and on the draw. For reference, the data was collected from October 24th through October 28th in the week following the Field of the Dead ban in MTG Arena.

While this data only reflects best-of-one gameplay, that can be projected into game one of best-of-three matchups, and shows there is a definite advantage to winning the initial coin flip. Going first means you are more likely to win the first game. If you then lose your second game, you are given a second chance to be on the play during game three, giving you this advantage on two of the three games.

It is definitely possible to mitigate some (but not all) of the effects of going second when sideboarding, but it takes a skilled player with a well-prepared selection of tools in their sideboard. As mentioned earlier, many games swing in one player's favor early on in the game in Standard.

To dig slightly deeper into the win rate when on the play, I also asked Untapped.gg to differentiate the data between decks. Without a good way to separate Constructed deck archetypes without implementing algorithms beyond the scope of this article, I instead approximated those deck archetypes using the color of the deck. I also wanted to narrow the scope of data to games played in the Diamond and Mythic ranked queues, as decks in the higher end of the ladder tend to be more focused in their construction, and more consistent in their designs.

The decks from each color are shown in the table below and are sorted by how large of a difference there is between their win rate on the play and on the draw, which is shown as the 'Increase in Win Rate on the Play.' The number of games observed for each deck color varies from under two thousand to nearly twenty thousand, and the deck colors with larger numbers of games observed tend to have tighter confidence intervals (statistical threshold), which are also shown in the table below.

This data shows some expected results, such as the aggressive decks (Gruul, Mardu, Mono-Red) having the largest difference between being on the play and on the draw, and common control decks (Orzhov, Dimir, Esper, Grixis) having a less prominent difference in advantage on the play.

What I didn't expect from this data was how large the difference between being on the play and on the draw would be for the aggressive decks, including the Oko-centric decks with blue and green in their colors, which sit at the top of the list. It should be noted that the Simic decks being observed include both Oko decks and Simic Flash decks, both which are popular in the best-of-one queue.

Another unexpected conclusion which can be drawn from this data is that there is an advantage to being on the play for every single color combination. In a matchup where you know your opponent's deck ahead of time, you may want to be on the draw, but that clearly isn't the case with best-of-one in MTG Arena. If you win the coin flip, you have a sizably larger chance of winning when on the play compared to the draw, but it isn't large enough that you should abandon all hope when you lose the coin flip. 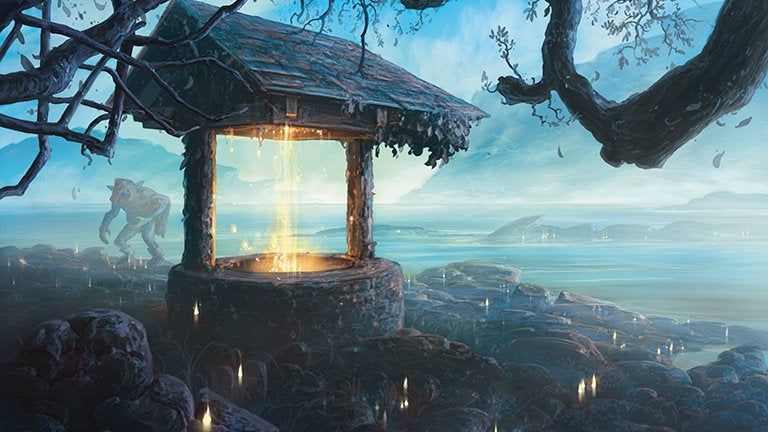 In the future it would be interesting to see similar data for deck-specific matchups, best-of-three gameplay, Standard after the next set releases, and non-Standard formats. Seeing a comparison of data collected with different mulligan rules would be much harder to collect, but would also be incredibly good knowledge to have.

As for ways to negate this advantage and even the odds between players on the play and on the draw, there is no easy solution. Everything from free mulligans or one-time-use mana for the players on the draw could help, or they could lead to a complete flip of the problem where being on the draw becomes the desired norm. These effects would ripple through every format and could cause game-breaking issues if not handled with care.

For now, seeing and understanding this data should be a helpful way to get a better grasp of the numbers behind Magic: The Gathering. It's also a great way to prove to your stubborn friends that being on the play is the winner's way.

Amy the Amazonian is a Magic: The Gathering streamer on twitch.tv, mechanical engineer and everything enthusiast.