As we exit the holiday season, I'm often reminded that in this period we often get a taste of the best work creative-types have to offer. At the same time, that often means the following months are a little lackluster in comparison. So for us, the question becomes: are January sets in Yu-Gi-Oh deliberately bad for purposeful reasons, or are sets just sometimes not that great?

And thinking bigger than that, what's the worst Yu-Gi-Oh set ever?

It's a question that has lots of viable answers, and it's interesting because the answer's going to depend on the metrics you use. Technically, Legend of Blue-Eyes White Dragon was the worst set in the game when it first came out. It was also the best one. Perspective is everything. 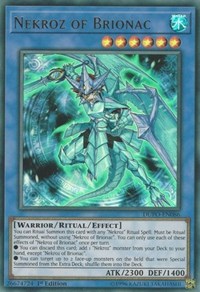 Let's Start With The Obvious

The first metric I'm going to look at is comparative balance. Sometimes products are released pretty close together, which means one of them is sure to suffer relative to the other. Sometimes it's because the set's just really not very good, like with Hidden Summoners. Other times it's because the stuff standing right next to it just happens to be so darn good it makes the other release look bad by comparison, like with The Secret Forces.

To review, Secrets of Eternity launched in mid-January back in 2015 (SECE), and The Secret Forces dropped a month later in February of that year (THSF). Secrets of Eternity really stands out in Yu-Gi-Oh's history, both because it was a pretty disappointing set AND because it came out just a month before one of the game's stronger decks; The Secret Forces marked the debut of Nekroz, arguably one of the most competitive decks of all time and a format-shaping strategy in its day. Whatever came directly before and directly after that was going to have a rough reception.

I and many of my friends bought cases of SECE, and none of us came anywhere close to breaking even. Even the set's lone Ghost Rare was forgettable, a Ritual Monster that I have no proof anybody's ever actually summoned. When you think 'Burning Abyss,' you probably don't think 'Malacoda, Netherlord of the Burning Abyss.'

Some Sets Are Just Printed At The Wrong Time

Some sets aren't bad forever, but they're remembered as such because they were bad at the time of release. Starstrike Blast (STBL) and Cyberdark Impact (CDIP) are good examples.

Here in 2020 there are tons of cards from CDIP that have seen tournament play. All of the Barrier Statue of the Stormwinds have featured in tournament-winning decks at one time or another. Snipe Hunter was huge for longer than you might guess. Instant Fusion, Vanity's Fiend… it's really surprising how many good cards first arrived in Cyberdark Impact.

Starstrike Blast sold so poorly out of the gates that there wasn't even a Special Edition reprint. It was never in any tins. There's no such thing as a STBL card that isn't 1st Edition! That said, over the years we've seen cards like Naturia Cherries, Tuning, Droll & Lock Bird, and most famously Vanity's Emptiness, all become big hits. And the roughest part is that since there were relatively few Starstrike Blast cards in circulation, those cards that became tournament standbys years later were often extremely expensive due to the short supply. 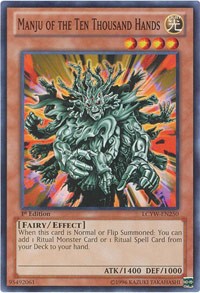 Or How About We Turn The Question Around?

What if we go for a really meta perspective instead of just a financial one? Sometimes this problem gets reversed: a set comes out that's so powerful and does so much to warp the format, that it just damages the game with how good it is.

Invasion of Chaos is one of the best sets ever if you're looking for profit-per-pack; Smashing Ground, Chain Disappearance, Manju of the Ten Thousand Hands and others are classic tournament cards, and we're not even starting to consider anything shiny. It's a huge fan favorite with lots of awesome cards. But this is the same set that pushed the game so far that it effectively forced the creation of a Forbidden List.

Legacy of Darkness may be the best set of all time, but it's Invasion of Chaos that caused us to actually lose the ability to play certain cards outright.

If I'm truly honest with myself, and I just had a pool with one of each pack in history in front of me, and I had to open them in order, then the one I open last - and want to open least - is what I'd have to put as worst set of all time.

That, it turns out, is Raging Battle. It makes sense to me. I don't think anyone has ever once thought to themselves, "Boy I'm glad I opened that Raging Battle pack!" Not then, not now, not ever. Don't get me wrong, there's an okay card or two, but I wouldn't be super thrilled to pull even those . Any Deep Sea Diva you'd pull is just one that isn't foil, it wouldn't have Problem-Solving Card Text, or anything really at all that I care for. Ultimate Rare Forbidden Chalice would be cool, I suppose.

I'm pretty fond of the Yu-Gi-Oh TCG, having played it well over half of my life, so I don't often think too much about the 'worst' of it. The reality is that even sets which see next to no play at release can get stronger over time. And sometimes even the strongest sets, some of the biggest fan-favorites ever, can end up having dire impacts in the long term.

With factors like the Forbidden & Limited List, World Premiere cards, and individual card rarities it can be tough to tell how a set might turn out, even when you think you know what to expect. Looking ahead to 2021, the future of events is blurry, and we're still plenty of weeks out from the next booster releases, Legendary Duelists: Season 2 and Blazing Vortex. 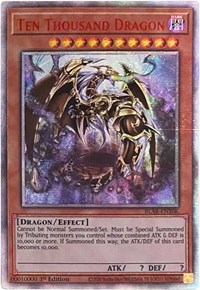 What we can say for now, is that in terms of product design, 2020 was a pretty great year for Yu-Gi-Oh. Sets like Rise of the Duelist, Battles of Legend: Armageddon, and Toon Chaos all energized the player base in different ways, doing it at a really tough time. Little tweaks even helped make niche releases like Legendary Duelists: Rage of Ra more appealing, and Speed Duel: Battle City Box is sending off the year with a really innovative release with the potential to rejuvenate an entire format.

Could we see the next Worst Set Ever™ arrive in 2021? Sure, maybe. But for now, we can look back to old releases and often view them in a different light, for better or worse. It's smart to keep those shifting perspectives in mind as we move into January, and wait to see what the New Year will bring to Yu-Gi-Oh.

…Unless it's bringing a reprint of Raging Battle? In which case, maybe just forget perspective and run in the opposite direction.