What if I told you that there are only three ways to win at any game or sport, no matter how complex it is?

Depending on the game, there may be millions of unique, viable paths to victory. However, the human mind isn't wired to analyze every scenario the way a machine computer does. Instead, it relies on heuristics, mental shortcuts. 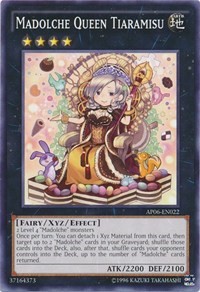 The Queen's Gambit on Netflix has been a popular series lately. Personally, I love how accurately it portrays the life of a professional gamer; many of the plot elements translate to Yu-Gi-Oh. Since chess is a timeless and widely known game, I'd like to introduce the win condition/resource framework using chess.

There are three ways to win in chess.

1. The first is to increase the difference between the number of pieces you have over your opponent over time. With more pieces than your opponent, holding variables like skill level equal, you'll eventually launch a final attack that your opponent can no longer defend against. This can be described as victory by attrition.

3. The third is to checkmate the opponent outright, skipping over the typical formalities of a beginning, middle, and endgame. This path to victory is all about circumventing the normal rhythm of the game in favor of stealing victory via a backdoor approach. The classic 4-move checkmate known as the Scholar's Mate is an example of this. 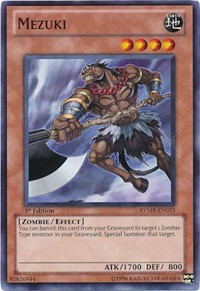 The Theory Of Everything In Yu-Gi-Oh

1. Winning by attrition is represented in the resource known as card advantage. Card advantage is simply having more cards than your opponent. To determine who's winning in terms of card advantage, sum up the total number of cards that you and your opponent have in your hand and on the field and compare the difference. In some cases, you should also account for the potential card advantage a player can generate at will, like when a live copy of Mezuki is in the grave.

2. Winning by board control is represented in the resource known as tempo. Tempo is sometimes referred to as virtual card advantage. Just like how a bishop locked behind pawns is not as useful as a bishop in the center of the board, you and your opponent can each have the same monster card, but in different positions of power. If your opponent's monster is being negated by Fiendish Chain while yours has a live effect ready to activate, then you possess virtual card advantage over your opponent, even though you both have the same "piece" on the board.

Virtual card advantage is the reason that going first has been so important in Yu-Gi-Oh through the decades. Think about the Dino Rabbit mirrors of 2012. If you and your opponent both open Rescue Rabbit, and you go first, your Rescue Rabbit becomes Evolzar Laggia, while theirs would have its summon negated by your Evolzar Laggia.

Floodgates have been among the most powerful tempo-swinging cards throughout the history of the game because of how much virtual card advantage they generate. For instance, suppose your opening hand of six cards depends entirely on your ability to Special Summon (which is often the case), and then your opponent activates Vanity's Emptiness. Your virtual hand size just became 0. Imagine if a trap card said, "Discard your opponent's entire hand." That's often the case with floodgates!

3. Winning by checkmate is represented in the resource known as "the philosophy of fire." This phrase was penned by Mike Flores to explain how players trade cards in exchange for moving their score toward the threshold needed to win. In the case of games like Magic and Yu-Gi-Oh, that means reducing the opponent's life to 0. Throwing away pieces to bring yourself closer to checkmate, or exposing yourself to possible checkmates in order to gain pieces, are both illustrations of the philosophy of fire dynamic. In essence, you treat life points as a resource. Burn decks and FTKs are the two most common decks that use the philosophy of fire.

Keep in mind that this last resource applies to all win conditions. Over 99% of the time, that deals with Life Points, but on occasion, other win conditions will come into play as well. For instance, in 2009, one of the vulnerabilities of the popular Lightsworn deck was losing to deckout, as it was common for Lightsworn players to go through over half of their deck on the first turn. Even if you had complete control of the board as a Lightsworn duelist, possessing both card advantage and tempo, your opponent could still find a way to protect themselves just long enough for you to deck yourself out. 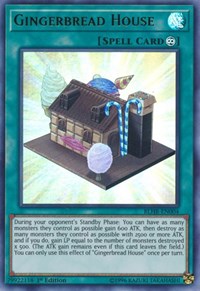 Attack Along A Different Axis

These categories are neat, but how are you supposed to apply this knowledge to win games?

One of the most important applications of resource theory is to identify when you need to attack on a different axis, so to speak. For example, if your opponent's deck naturally generates more card advantage than yours, it doesn't make sense to try to win along the axis of card advantage. Rather than try to trade cards for cards, which will result in you losing by attrition, try to lock your opponent out of playing with floodgates (tempo) or by sacrificing cards to enable a game-ending push (fire).

This is important to apply to all forms of competition, and not just games. For instance, if your town has plenty of ice cream shops but no bakeries, do you think you'll fare better by opening up an ice cream shop or a bakery?

Attack along a different axis. 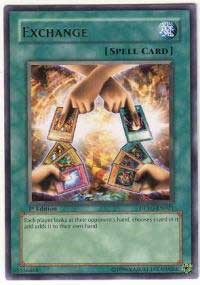 Beyond The Three Resources

One of the unique insights Patrick Hoban added to the established theory of everything was that sometimes, a game can itself be a resource.

While the three fundamental resources are the factors that decide how individual games are won, sometimes you can trade games as a means of furthering your chances to win the tournament at large. A common example is to forfeit a game early in order to ensure that you don't run out of time and lose to end of match procedures. Another common example is to forfeit a match in order to obtain a better seed position, as was done in badminton at the 2012 Olympics.

You can take this reasoning even further and even come up with out-of-the-box examples in which you'd sacrifice an entire tournament. Hoban used to do this back when there were many tournaments in a season. He often brought his second-best deck idea to tournaments in order to ensure that he'd be able to use his best strategy to its full potential at a subsequent tournament.

He took this concept even further still when he retired from the game, sacrificing not just one tournament, but Yu-Gi-Oh itself, in order to pursue entrepreneurship as my startup co-founder. In short, the resources change when you redefine your goal, whether it means to win games, tournaments, seasons, or an entirely new game. 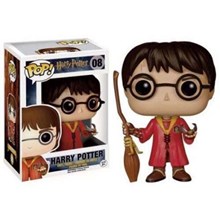 To further highlight the universality of this framework, here are some of its applications in other forms of competition. Note that the relative importance of each resource or win condition can change dramatically depending on the competition.

In Super Smash Bros. Melee, the damage you've taken and how many stocks you have represent your card advantage, or your pieces. Your position on the stage, with being in the center and on the ground generally considered better, is your tempo. Your ability to gimp (steal) stocks without winning the neutral game or comboing is your instant checkmate.

In tennis, your relative stamina to your opponent's is your card advantage. Your position on the court during a point - if you keep your opponent running around more than you, the better - is your tempo. Hitting a drop shot to sneak a point instead of exchanging rallies is your instant checkmate. Tennis is an example of a game in which the stolen checkmate is less important of a resource.

In Quidditch, your score relative to your opponent's is your card advantage. Your team's positions on the field are your tempo. Grabbing the Golden Snitch is your instant checkmate. Quidditch is an example of a game in which the stolen checkmate is a very important resource, making the philosophy of fire the key win condition.

It's important to understand the relative importance of the three fundamental resources in not just the game you play, but also the specific matchup in the current round, and even the current turn of the game you're playing. The dynamic shifts from moment to moment.

By leveraging this knowledge, you'll not only win more games and tournaments, but also design more balanced games should you choose to create one of your own!