Eldrazi have been ravaging Modern ever since Pro Tour Oath of the Gatewatch. Now that we know there's no emergency ban forthcoming, what are we to do about the Eldrazi? Should we bury our Snapcaster Mages in the sand and wait for six more weeks until the next scheduled ban list announcement? Should we continue playing our favorite Modern deck despite it losing horribly to Eldrazi? Or worst of all, should we invest in Eye of Ugin and Eldrazi Temple and temporarily join the enemy, knowing with near certainty that one or both will be banned next month?

Worry not! I have a far better solution than any of those! Instead of joining or running from the Eldrazi enemy, today I will equip you with three decks that will have the spaghetti monsters running home to their mothers with tears in their eyes (of ugin).

My first weapon of choice is Wilted Abzan:

This deck is chock-full of cards that pose problems for the Eldrazi. The most important box to have checked on the list of things you should bring to an Eldrazi-bashing party is the "cheap interaction" box. This deck has tons of that!

Thoughtseize can put them off-curve, take their removal spell, take out their big threat, or my personal favorite – take their Thought-Knot Seer before they can cast it. Path to Exile and Dismember can handle any creature in their deck at instant speed for just one mana. And if we're targeting Reality Smasher then we can put a Loxodon Smiter or Wilt-Leaf Liege onto the battlefield for free! They thought their "free Eldrazi Mimic off Eye of Ugin" play was cute, but with this play we're the ones cheating monsters into play at the real discount. Two can play at this game, and we play the game even better!

Speaking of cheating monsters into play, we have four Noble Hierarch and two Birds of Paradise to help us cast turn-two Loxodon Smiter. We don't even need cheaty lands to cast our 4/4 on the second turn — all we need is a good old-fashioned mana dork. And guess what? If our dork is a Noble Hierarch, then we'll be smashing our exalted 5/5 into their 4/4 next turn!

And if our opponent thinks they're the next LSV by trying to cast Gut Shot to kill our Birds of Paradise, we'll play a 3/4 Tarmogoyf or a Voice of Resurgence. And if they cast Eldrazi Skyspawner, we can laugh in their faces with our Lingering Souls. Nice rate on your Eldrazi Skyspawner, bro — ours has flashback! 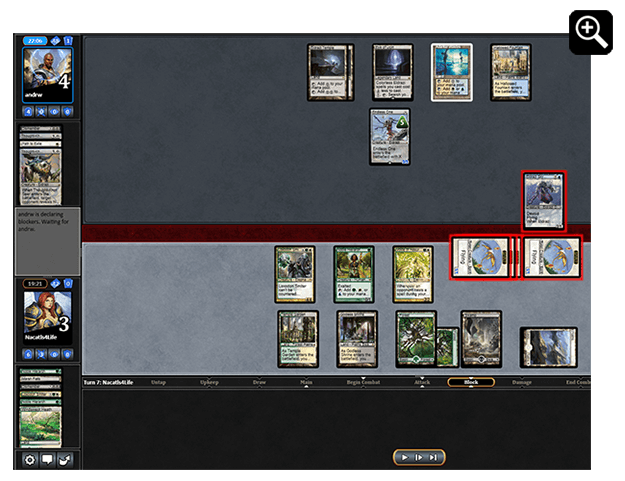 Out of the board things get even better. Life is a journey, but unfortunately for the Eldrazi, theirs is a Journey to Nowhere. I expect this removal spell to spike hard as long as these spaghetti stains remain legal in Modern. For just two mana it removes any threat in their deck and is also excellent against Affinity, Infect — really any deck running creatures (in other words, 80% of the format). Without Splinter Twin around, sorcery-speed removal gets much better.

And if our colorless rigatoni enemy starts feeling overzealous with their scion production, we have just the tool in our sideboard to persecute them. Affinity won't want to face that card from us either, but the robots are practically a bye for us anyway. Did you see all those Stony Silences, Qasali Pridemages, Lingering Souls, and cheap removal in our list? 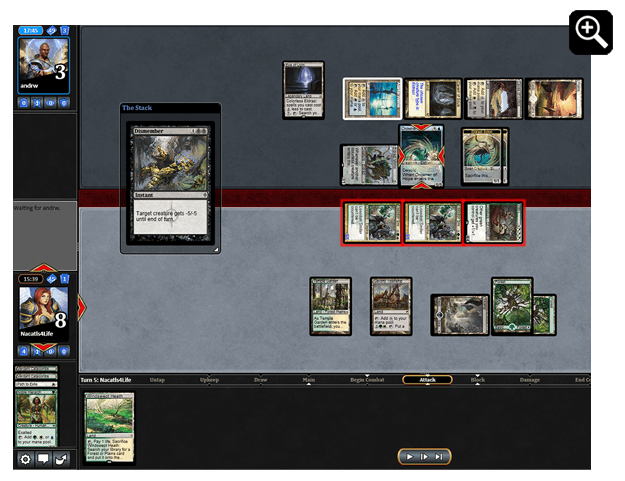 If the Eldrazi refuse to repent after the Elephant With a Hammer smack down, we'll just have to unleash our next weapon on them…

Inquisition of Kozilek can put them off curve by taking their Eldrazi Mimic, Eldrazi Skyspawner, Matter Reshaper, or even Endless One, since X=0 while the card is in their hand. You can also take what will likely be the only piece of disruption in their hand, whether it is Dismember, Path to Exile, or in the case of R/G Eldrazi, Kozilek's Return. Just be careful with this play as Kozilek's Return is still useful from the graveyard if they get to World Breaker mana.

I like Doom Blade better than Dismember in this list because life is a precious resource here since we have so many cards that cost life. Two mana is still plenty cheap enough to profitably interact with their threats in a timely manner.

Zealous Persecution is even better in this deck than in the last one because it allows our tokens to block and trade up in combat while killing off all the opposing scions, Eldrazi Skyspawners, and Eldrazi Mimics. Our other pump spells are also great! Intangible Virtue and Sorin, Solemn Visitor each allow us to freely attack in the air without fear of getting punished on the crack back. 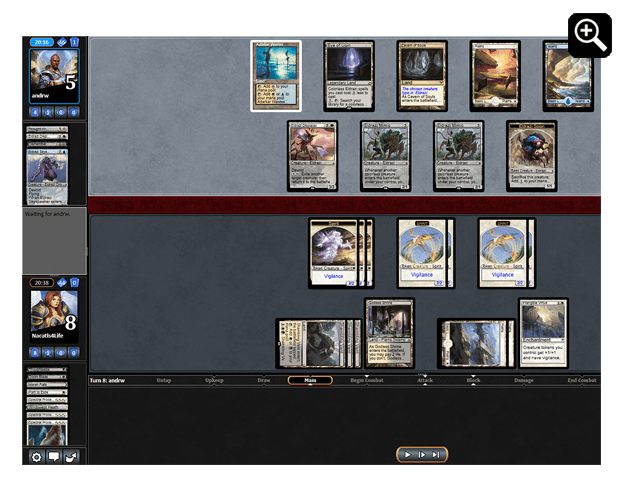 Between Spectral Procession, Lingering Souls, and Bitterblossom, Eldrazi Displacer can't realistically keep up with our token production, so I'm not too worried about their ability to blink our tokens into oblivion. We also have Phyrexian Arena to draw us into more removal and more token makers and guarantee our inevitability. 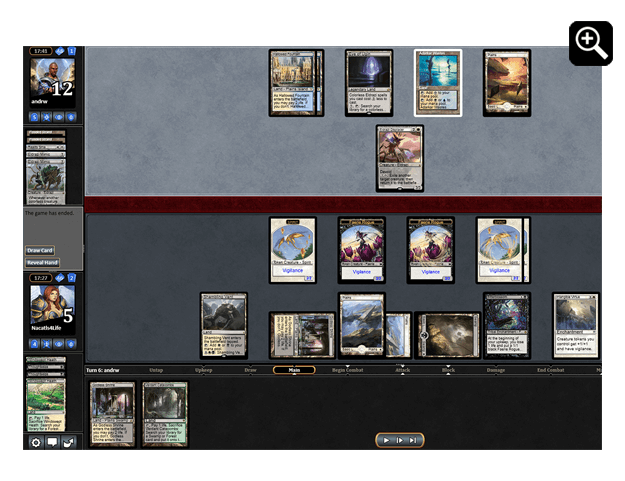 What do Spirits and Faeries have in common? They both fly over Eldrazi!

Out of the sideboard we get even more tools. We get cheap removal in the form of Dismember, and if the Eldrazi really piss us off, they will invoke the Wrath of God! We also get Stony Silence for those pesky robots as a way to mess with their internal circuitry and cause them to turn off forever. Stony Silence is everything Y2K always wanted to be.

If the Christmas spirits of Eldrazi past, present, and future are not enough to cause the tortellini monsters to repent of their pasta ways and leave the Modern format alone, we will have no choice but to unleash our final weapon upon them. The humans of Modern will defeat the Eldrazi themselves and keep the Modern world from breaking under the return of Kozilek!

This deck is, on one hand, a work in progress, but on the other hand, a masterpiece. It was designed to beat the Eldrazi but has been beating nearly every other deck it has faced as well. W/U Eldrazi stands the best chance at surviving the hands of the humans, but the matchup is close. The colorless, U/R, and R/G versions of Eldrazi fare worse.

The deck starts out with acceleration or with Champion of the Parish. This allows us to maintain size parity with the Eldrazi via our Knight of the Reliquary. If we're on the draw or against a super fast Eldrazi opening, we can use Path to Exile to buy us a bit of time. Under most circumstances though, we can safely ramp into one of our many 3-mana plays on the second turn, most of which are capable of neutralizing the opposing threat with value. Fiend Hunter and Banisher Priest eat spaghetti like they have an all-you-can-eat pass to The Olive Garden, and Reflector Mage sends the pasta back to where it came from with attitude, channeling Chef Ramsey: "You call this a creature? I've seen better creatures than this go last pick in a booster draft!"

Unless we're going crazy with Champion of the Parish, a standard opening for this deck is to play a first turn Noble Hierarch or Avacyn's Pilgrim (aka Scott Pilgrim vs the World Breaker). On turn two we accelerate into Knight of the Reliquary to establish a big board presence (often a 4/4 already since we run 12 fetch lands). Otherwise we play one of our ten lasagna connoisseurs to start eating the opposing creatures. Then on the third turn is when things really start to heat up…

Collected Company helps us to stay ahead in the race while also giving us inevitability in the grindy games. 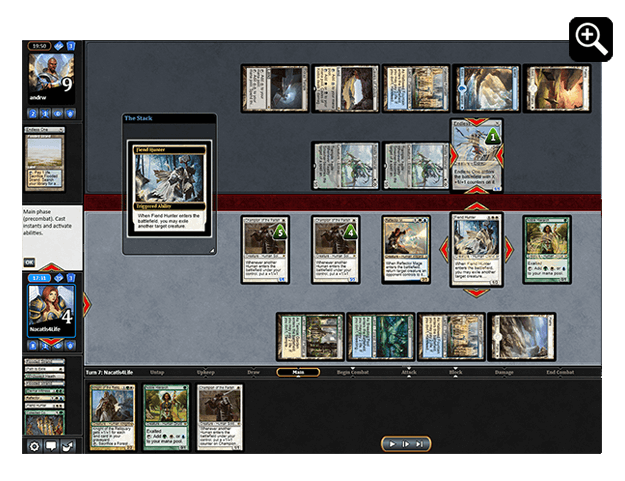 Sometimes it's a Race 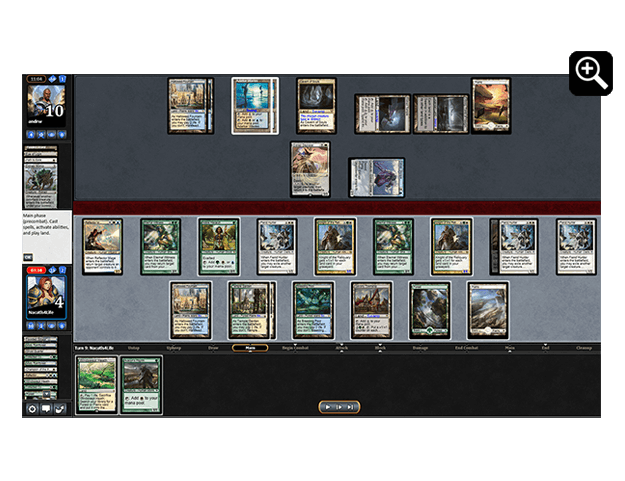 Other times, after all our cards trade with each other, a Gavony Township allows us to stabilize long enough to draw into another Collected Company or Eternal Witness to pull ahead.

Fiend Hunter Held Down the Fort

While Champion of the Parish is a strong incentive to play humans and Gavony Township works great with all our mana dorks and creatures with enters-the-battlefield abilities, the real secret weapon of this deck in the Eldrazi matchup is Riders of Gavony granting all our creatures protection from Eldrazi! As long as the riders survive, the game nearly always ends on the spot or within a couple turns. Drowner of Hope has no hope of targeting anyone, all our creatures are unblockable, and even our mana dorks can hold off giant monsters. We also have Intrepid Hero to assist in fighting down all the Eldrazi post-board.

Other cards I've considered for this deck include Mirror Entity, Mayor of Avabruck, Retreat to Coralhelm, and sideboard Melira, Sylvok Outcast if we want extra help against Inkmoth Nexus.

In the end, when the fate of the whole Modern world is in the hands of a pair of knights of Selesnya, will they exhibit the necessary patience to wait for the exact right time to strike the Eldrazi, or will they leave their defenses vulnerable in an attempt to hasten the death of the Eldrazi? 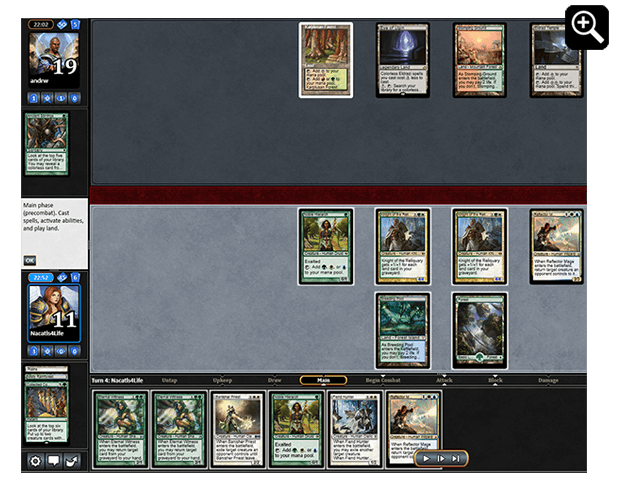 Will Kozilek return to break my world? 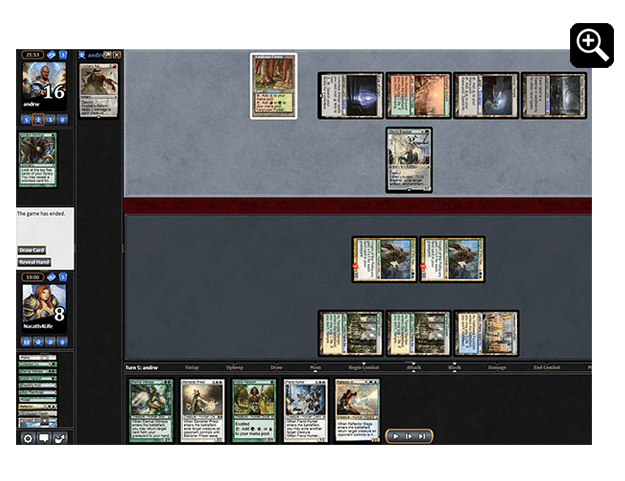 Or will my knights break your face?

We can't let the Eldrazi win!