Vivid Voltage has been out for over two months now, and all the big market moves are being made by investors who think they know what's going to be hot in a few years. Let's see what they picked. 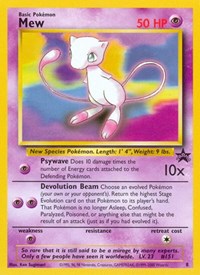 As I mentioned two weeks ago, this promo version of Mew was included in the July issue of a short-lived Japanese youth magazine. All through January a small number of buyers have been picking up as many copies as they can, presumably to drive up scarcity and resell them for a quick buck.

All this artificial demand has just barely increased Mew's market price to over $2—not much of a lift—so unless investors can convince more players to start buying, I don't expect this tiny bubble to last long. 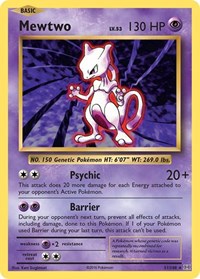 In another move by speculators, a handful of buyers picked up a bunch of copies of Mewtwo from the 2016 XY set Evolutions.

In honor of the 20th anniversary of Pokémon, this card features the Mewtwo (base1-10), with Mewtwo looking like he's describing the size of a hole his neighbor's dog dug in his backyard. It even has the same abilities as that card, with the numbers slightly boosted for modern standards.

I can't say why speculators are looking at this card right now, but Mewtwo fever seems to have hit the market, because this isn't the only copy of Crabby Cat on the list this week. 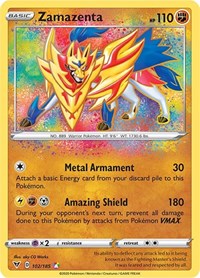 Three Amazing Rares made our Top 10 list two weeks ago, but this week they graciously moved aside to make room for two other Amazing Rares that haven't gotten the spotlight yet.

Like all the Amazing Rares we've seen so far, Zamazenta (swsh4-102) has a splashy background and requires three types of energy. That tough energy requirement has kept most of the Amazing Rares, including Zamazenta, from seeing competitive play—even though there are plenty of Standard decks that would hate to go up against Zamazenta's Amazing Shield attack.

Still, as one of the face Pokémon for Sword and Shield, Zamazenta (swsh4-102) has a lot of fans who are eager to pick up an exceptionally rare version of their favorite doggo. 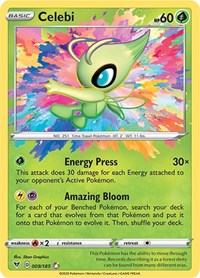 The other Amazing Rare that made the Top 10 this week, Celebi (swsh4-9) might have my favorite background of all of them. Look at that starburst of watercolor!

The time-traveling Celebi is obviously nostalgic to a lot of Poké-fans who grew up watching Pokémon 4Ever, arguably the most obvious pun the franchise has ever forced its audience to endure. Not the worst pun, though. That honor belongs to Pokémon season 8, episode 44, "Hooked on Onix." 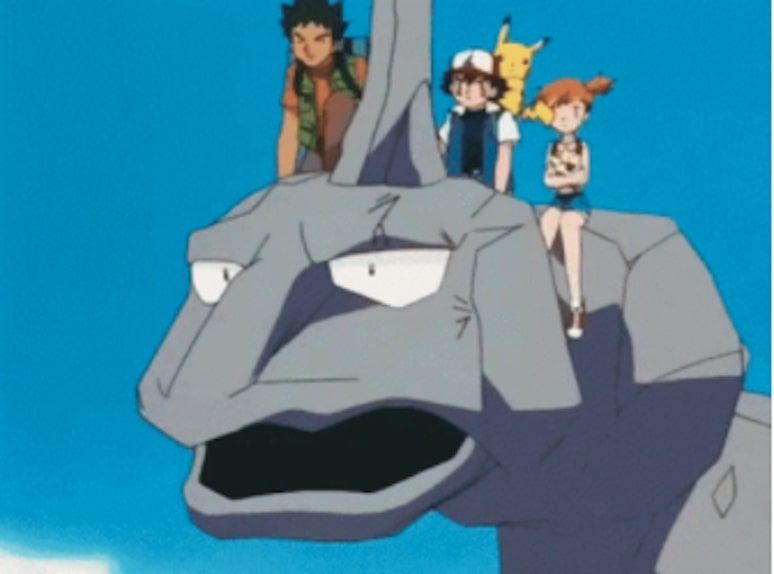 What were we talking about? 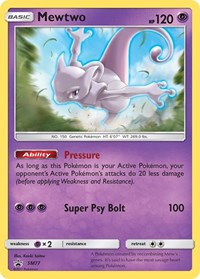 Our second Mewtwo of the week (and the third spec buy by investors), this promo card comes from the Shining Legends Pin Collection: Mewtwo, released in 2017. Once again, I can't say exactly why this card has drawn the eye of speculators. Mewtwo is obviously an iconic character, but this card is too recent, there's plenty of supply, and it doesn't have a nostalgic connection to Base Set like Mewtwo (xy12-51).

Perhaps as a recently rotated Standard card, investors assume its price will never get lower than it is now. With a market price of $2.71, it's easy to pick up tons of copies and sit on them until today's young Zoomers are feeling old in 20 years. 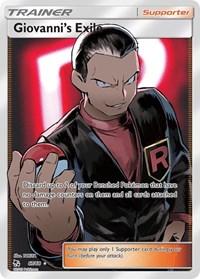 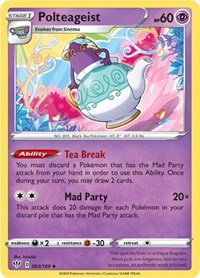 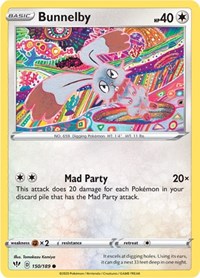 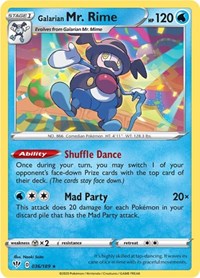 With a little setup, Polteageist (swsh3-83), Bunnelby (swsh3-150), Dedenne (swsh3-78), and Galarian Mr. Rime (swsh3-36) can deal incredible damage with their Mad Party attack, even one-shotting a huge 'mon like Eternatus VMAX (swsh3-117). They're only worth one prize each, so opponents have to rack up a full six Knock Outs, while the Mad Party player only needs to Knock Out three Pokémon V to seal their victory.

Giovanni's Exile (sm115-67) is the latest innovation to this meta-defying budget-friendly deck. Pioneered by PTCGO player Lullibar, Giovanni's Exile discards Crobat V (swsh3-104) and Dedenne-GX (sm10-57) from your bench before your opponent can drag them into the active zone with Boss's Orders (Giovanni) (swsh2-154). This cool tech ensures your opponents can't jump ahead on prizes (like you can), and more players have caught on to this trick in the last two weeks. 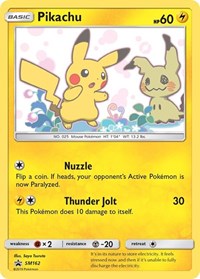 Our final speculation-driven best-seller for the week, this promo version of everyone's favorite lightning mouse first appeared in Team Up Single Pack Blisters in 2019.

At an average price of $10.05, buying up lots of copies was a pricey choice for investors. But if Team Rocket proved anything, it was that some people will pay any price for a rare Pikachu. If $10 was the floor for Pikachu (smp-SM162), those investors will be glad they got on board when they did. 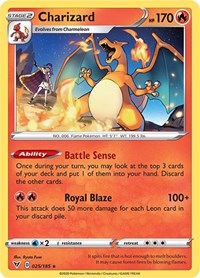 Charizard (swsh4-25) makes our Top 10 list for the third time in a row. If all you want is a near-mint Charizard card, this is your least-expensive option for the time being. Plus, dealing 300 damage with Royal Blaze feels really, really good. 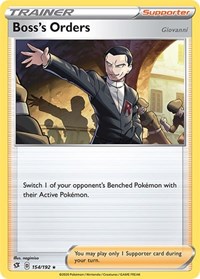 This card is so prevent in Standard that Giovanni's Exile (sm115-67) made #5 on this list purely on its ability to help one deck mitigate Boss's Orders (Giovanni) (swsh2-154). If you're a competitive player, you need four copies.

Charizard V (swshp-SWSH050) has dropped in price a teensy bit since the 8th. That dip was apparently the moment collectors were waiting for, since it was enough to drive this card from the #4 spot all the way to #1.

It wasn't even close. There were more copies of Charizard V sold on TCGplayer in the last week than our next three best-sellers combined. This card checks all the boxes that collectors love: it's rare, it features an iconic first-generation Pokémon, and it's not so pricy (yet) that investors can't afford multiple copies.

I expect Charizard V to get nice and comfortable near the top of this list until Shining Fates releases in February.