I feel half-vindicated, and half-embarrassed this week. But we'll get to that in a minute. Let's start with some Shining Fates cards that are trading hands at a brisk pace. 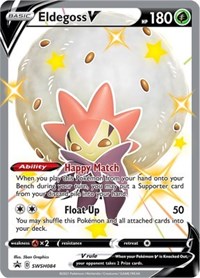 Eldegoss V just barely edged out Cramorant V and Boltund V to land in this week's top 10. I would guess it's because Eldegoss V is just a tiny bit cheaper than the other two, so sellers have had an easier time finding buyers. 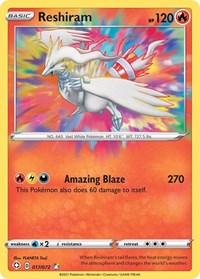 Just like last week, Reshiram is our 9th best-selling card. This time though, it has come out ahead of the other two Amazing Rares from Shining Fates, Kyogre and Yveltal. I'm not sensing any market manipulation, and Reshiram's average price this past week ($10.78) was between Kyogre's ($13.31) and Yveltal's ($9.77), so I don't think there's a financial reason Reshiram beat the other two. Reshiram was the topic of a video by PokéTuber Tablemon this past week, but Kyogre was also featured in a video, by Tricky Gym.

It'll be interesting to see if the Amazing Rares shake out differently next week. 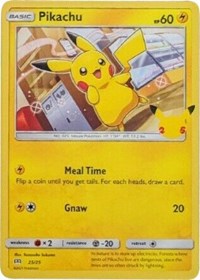 I've been justifiably cross about the buyouts targeting the 25th Anniversary McDonald's packs. But I've also been skeptical that investing in these cards will pay off. That was probably emotional reasoning—I didn't want anyone who bought sealed boxes of McDonald's cards off eBay to strike it rich.

Will they? It depends.

I've said several times I don't expect these cards to hold their value long-term. This week proved me right—kinda.

This chart is a price index for all the cards in the McDonald's 25th Anniversary set. The blue line shows the average price of the McDonald's cards that were bought on a particular day, and the green bars show the relative number of buyers on that day. (TCGplayer doesn't share specific sales quantities.)

Just as I predicted, the average price of a McDonald's card has gone down since the 26th, and it's now the lowest it's ever been at just over $2. Take that, scalpers! But that's just on average.

Pikachu's price has gone up overall. I did not expect that. And it's still selling well enough to be our 8th best-selling Pokémon single.

Unfortunately, that's not the only thing I failed to predict. I said that all the non-Pikachu cards would fall off the Top 10 list as interest dried up. How wrong was I? Let me count the ways. 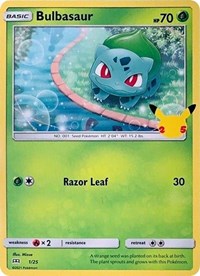 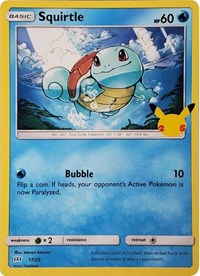 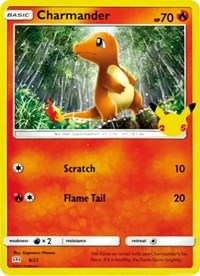 Three. Following the general trend, the first generation starters have dropped in price over the past week, but that has only made them more appealing to buyers. D'oh. 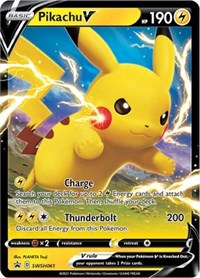 Like Eldegoss V at #10, this Pikachu promo comes in a tin of Shining Fates Booster Packs, which is a better deal than buying the same packs one at a time. 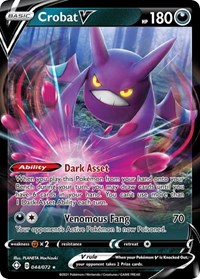 Here's a price chart for Crobat V. See if you can spot the day it got reprinted in Shining Fates.

In the past week Crobat V's price has slowly creeped upward, but it's still about half as expensive as it was before Shining Fates dropped on February 19th. It's also still a must-have for competitive Standard players, so they're grabbing copies while they can. 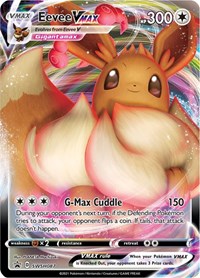 More people bought a product-hover id="228821" this week than any other Pokémon product, so it's not surprising that so many of them are reselling the Eevee promo that comes inside each one. 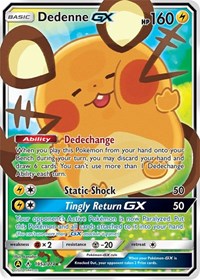 Normally when Dedenne-GX shows up on our Top 10 list, I just mention that it's basically a Supporter card that doesn't have the Supporter restriction, much like Crobat V. But that's not the only reason it sold so well this week. A small number of buyers bought an average of 12 copies each on Tuesday.

Why do a buyout now? Unclear. Dedenne-GX has been more expensive historically, but it's also been cheaper. I'd like to think these speculators are optimistic we'll be getting back to in-person events soon, which will drive demand for competitive staples. If so, I hope they're right.