Welcome back! We saw some big trends in the secondary market this week, as players reacted to two separate factors.

The first was the Remote YCS, which was played to a finish on livestream this weekend. Sixteen competitors went head-to-head, and while Tri-Brigade's winning streak in big events reaches all the way back into mid-June, the ferocious furries failed to take this one home. In fact they weren't even in the finals, as Darren Dyal took Runner-Up with Dragon Link, and crowd-favorite streamer Pak Pamornsut won the whole thing with a cleverly teched Prank-Kids deck.

You can read all about both of those strategies in Hanko's interview piece, where he talked to all three of the top finishers about their decks.

On the flipside, Dawn of Majesty Premiere events are this weekend, with the set officially releasing next Friday. Recent reveals showed off the new Beetrooper cards, causing immediate buyouts of cards like Worm Bait, and looking at pre-sales we're starting to see big interest not just in the set's marquee hand trap, The Iris Swordsoul, but also the new support spells Ready Fusion and Synchro Overtake, as well as the Despia and Gizmek cards.

A lot of those cards play into trends we're seeing in future releases beyond Dawn of Majesty, and those trends shaped buying patterns this week as well; chiefly upcoming Synchro support and the surge of Token Monsters and cards that benefit from them.

With all that said, let's get into it: here are the Top 10 best-selling cards from the TCGplayer Marketplace this week.

Easily one of the most talked-about cards coming off the YCS, Pak Pamornsut played a full three copies of Parallel eXceed in his Prank-Kids deck, stating post-event that while it was a risk against Nibiru, the Primal Being, it was a huge pick to help play through Ash Blossom & Joyous Spring. That trade-off paid off, with Pamornsut winning the Championships.

Parallel eXceed was a hugely anticipated card when it arrived last year in Eternity Code, but since then it's largely struggled to find a place in competition. Now, as a fresh pick in one of the biggest decks of the format, demand was high this week, and since it still costs less than a dollar it was an easy pickup for lots of competitors. 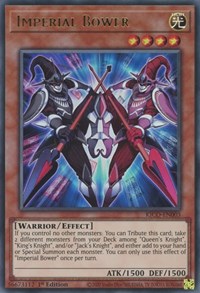 With all the tournament news, and Dawn of Majesty on the way, and players paying attention to future releases, King's Court was still big this week, taking three spots in the Top 10. Imperial Bower been really popular with buyers since KICO dropped, and it still held onto the Number 9 spot this week, despite being a largely casual card that's yet to. Make a tournament breakthrough. 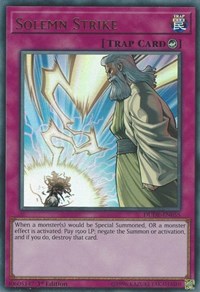 Solemn Strike was big at the YCS, featuring in six of the Tri-Brigade decks in the Top Cut, and appearing in Top 32 builds of Sky Strikers and Mekk-Knight Orcust. Several top strategies right now crumble under two summon negations, and the flexibility of Solemn Strike - which is still useful even if you draw it after your opponent makes their summons - makes it a safer bet than a lot of other trap cards that aren't seeing as much use. This is a classic tournament standby, and it's a great call right now. 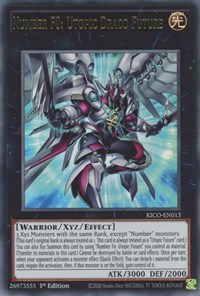 It's another week and another set of tournament results, but once again we haven't seen anybody trying to play Number F0: Utopic Draco Future. It's dropped a few dollars in the last week, and now that it's hanging out around 15 bucks it's suddenly in a new price range that probably seems approachable to players who weren't willing to shell out 20+ dollars.

Players are still keen on owning this card - we can all see where it might go if it becomes a factor in tournaments - even though nobody's playing it just yet. For now, $15 may look like a small price to pay to future proof yourself against potential price spikes later on. 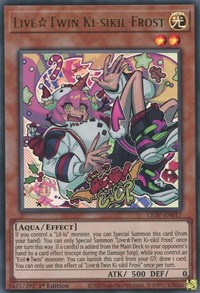 Live☆Twins just keep getting more support, the next piece being Live Twin Sunny's Snitch in Dawn of Majesty. This is effectively a searchable Reinforcement of the Army that creates Life Point disparity bit by bit, which isn't a big deal, but, you know, why not? Softening up your opponent without doing anything is never bad, and this card, as well as future support like Evil Twin's Trouble Sunny from Burst of Destiny, drove a ton of sales this week.

Ash Blossom & Joyous Spring still hugging the $18 mark, but I don't know how long that's going to last with the sheer demand we saw for it this week. I think in our heart of hearts everybody knew this card was a staple this format, but the YCS hammered that home, with virtually every player in the Top 32 running it.

Ash Blossom & Joyous Spring an incredible card with a ton of matchup coverage, and I really wouldn't be surprised if it winds up breaking the $20 mark in the coming weeks. As far as we know, there's no reprint coming anytime soon, which is kind of a shame as players head back to their locals. 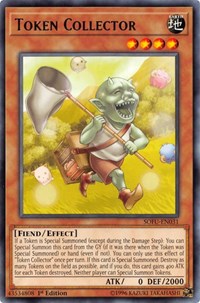 It's kind of subtle, but a lot of new cards are coming that either make tokens, or use tokens to make plays. Worm Bait and Multiplication of Ants are both seeing a lot of buzz with Beetroopers using tokens for stuff like Beetrooper Scale Bomber and Beetrooper Armor Horn, and they make tokens themselves with Beetrooper Formation. The upcoming Soul Sword theme, which debuts with The Iris Swordsoul in DAMA, but becomes a fully-fledged strategy in Burst of Destiny, revolves around Tuner Token monsters. Tokens seem to be making a comeback.

So this card is too. We've seen Token Collector played to Top Cut finishes in the past when Token monsters were heavily played, and it's proven to be a game-winning card. It's a cheap hand trap to add to your arsenal, so it was an easy buy for shoppers this week. 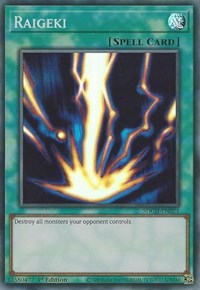 Yes, Raigeki was back in the Top 10, for reasons I'm not sure I totally understand. Raw monster destruction's largely fallen out of fashion as Yu-Gi-Oh's gravitated more toward monster effects for board control, but the original board wipe still has a lot of brand cachet. It also featured in Joshua Jones's Top 8 Virtual World deck from the YCS, though I'd be hard pressed to say that was why demand spiked this week. 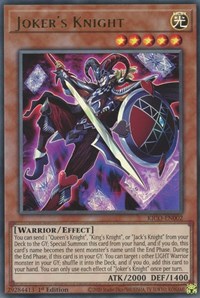 The last card from King's Court in this week's Top 10, Joker's Knight is still a hot prospect that continues to draw comparisons to Magicians' Souls. It's down about a buck from where it was last week, and it's back at Number 2 after a dip to Number 4 last week. With the price of sealed King's Court still pretty high, and supply seemingly drying up, it feels like lots of players are just hedging their bets against this card's possible price in the future.

It's got a lot of potential, but it's certainly not seeing play right now. 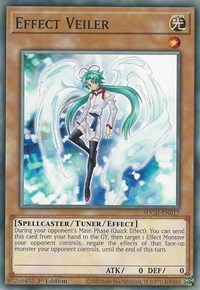 And finally, the Number 1 card of the week coming off lots of table time at the YCS, Effect Veiler is on top. Another tech pick plucked straight from Pak Pamornsut's Prank-Kids build, Veiler also saw play in Sky Strikers, Virtual World, Dragon Link, @Ignisters, heck, pretty much everything BUT Tri-Brigade. The Duel Devastator and Spirit Charmers printings are both affordable, and together they made Effect Veiler the card of the week. 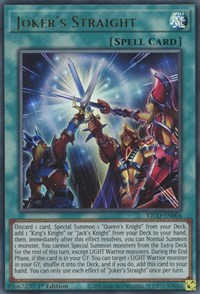 What else saw big demand? PSY-Framegear Gamma almost made the Top 10 at Number 11, and Knightmare Phoenix came in at Number 13, but that was it for immediately competitive cards. Joker's Straight finished the week at Number 12, Magician Navigation ended up at Number 14, and Orgoth the Relentless wound up at Number 15.

Yes, Orgoth the Relentless. Probably the most Yu-Gi-Oh thing I've seen all week.