With Double Masters 2022, Dominaria United, and Universes Beyond: Warhammer 40,000 reveals occurring earlier in the week, players are still focused on picking up Streets of New Capenna cards for their decks. The art-deco-inspired set offers plenty for players and collectors for a myriad of formats. With that, let's break down the bestselling MTG cards from the week! One of the most talked-about uncommons from Streets of New Capenna, Tainted Indulgence offers value in eternal formats. In Pioneer and Modern, the instant sees play in reanimator archetypes such as Esper Greasefang since the discard is a desirable bonus. Going further, the card sees application in Esper and Dimir variants of Control as the instant-speed card draw allows you to be proactive. And in some cases, you can meet the "five different mana values" criteria the longer the game progresses, which is ideal if you are playing Control as it becomes pure card advantage. 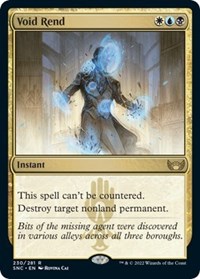 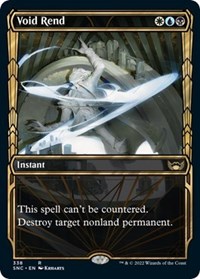 Joining the long line of uncounterable multi-colored spells, Void Rend is a strong option for Standard, Pioneer, and Commander. Given the mana demands of the card, it won't see heavy play but it's a convincing one at a low price point. Void Rend is a surefire answer for multicolor strategies that want a convincing answer to problematic permanents within the format. 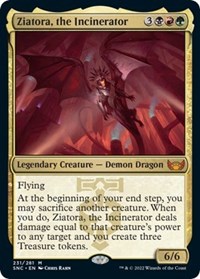 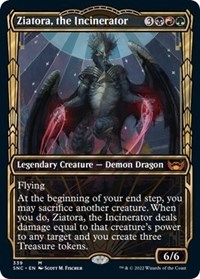 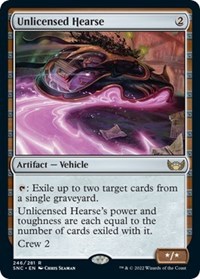 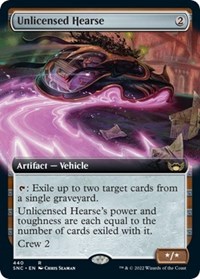 Following Lion Sash from Kamigawa: Neon Dynasty, Unlicensed Hearse offers graveyard maintenance for archetypes of all colors. Given the cheap mana value and utility, the vehicle is seeing play in various constructed formats since you can choose which two cards to exile from a single library. Through exiling cards, you can use Unlicensed Hearse as a win condition as you would with a Scavenging Ooze. However, you don't need to crew the vehicle to get the benefits, but it's a solid win condition if the game goes long and there are enough cards exiled to make it matter.

Even in Commander, it's a two mana, colorless artifact which gives plenty of graveyard control in a format which requires the attention. For the current price, it's no surprise players picking up the utility card for their decks. 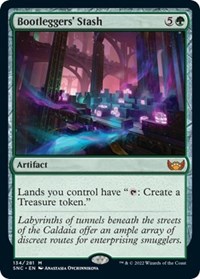 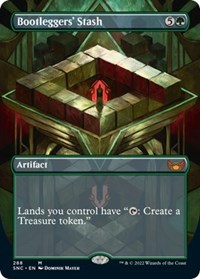 Once again, Bootleggers' Stash features on the bestsellers as it's a strong approach to creating Treasure tokens in Commander. Since Treasures play a convincing role in Commander thanks to Streets of New Capenna's release, expect to see the value of this card rise with the more "Treasure matter" cards printed in future sets. It's unlikely there will be another effect like this at a lower mana value, making it one of the best Treasure token generators in Green alongside Old Gnawbone from Adventures in the Forgotten Realms. 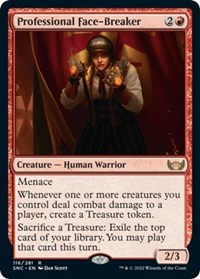 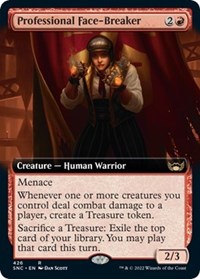 Another card that becomes pivotal for "Treasure matter" strategies is Professional Face-Breaker, a Human Warrior that rewards you Treasure tokens for dealing combat damage to a player. Then, you can convert those Treasure tokens into card value by exiling the top card of your library and playing that card this turn.

Like Bootlegger's Stash for Green-based Commander lists, Professional Face-Breaker is a slam dunk for Red-based archetypes since it gives you an alternative use with all that excess Treasure. Red is entering an exciting space where instead of having "rummaging effects" (such as Faithless Looting, it offers card value through exiling cards for a turn or two. 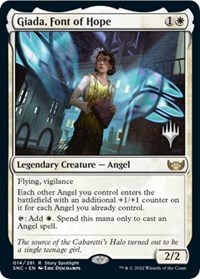 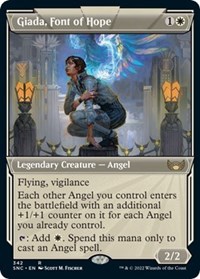 One of the best Angel cards printed in some time, Giada, Font of Hope is popping up in Commander and Pioneer to help bolster the Angel tribe. Given its low mana value and ability to power out more Angels, it's becoming the headline Commander for Mono-White Angels while providing +1/+1 counters to any Angel that comes into play under your control. For Pioneer, Selesnya Angels is becoming a fringe strategy by using Collective Company to deploy more Angels while remaining mostly in Mono-White. With that, cards such as Giada, Font of Hope only become more lucrative the more Angel (or Angel-adjacent) cards are printed in future sets 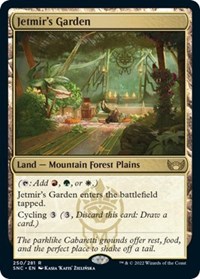 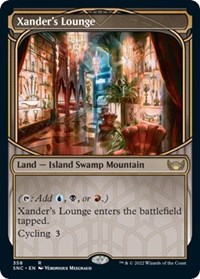 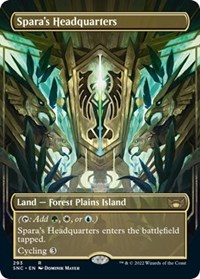 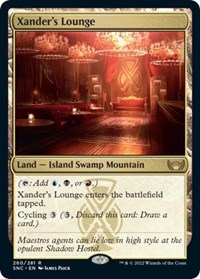 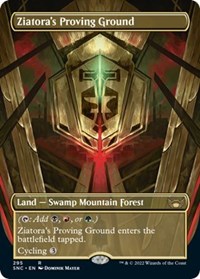 Unsurprisingly, the "Triome" cycle from Streets of New Capenna continues to make its mark, given its impact in singleton and constructed formats. These will remain in demand since they offer card draw and extremely good mana fixing, given they come with the basic land typing.

2# An Offer You Can't Refuse 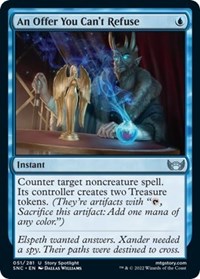 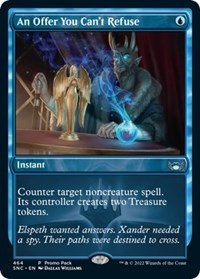 Cheap counterspells typically become popular in the competitive circles of Commander (such as cEDH), and An Offer You Can't Refuse is undoubtedly one of those. Also, it's a budget placeholder on the now pricey Swan Song. Although you reward the opponent with two Treasure tokens instead of a 2/2 bird when you counter their spell, you can counter Planeswalkers and artifacts, which is a pretty decent trade-off.

Even for casual Commander, An Offer You Can't Refuse is a decent spell to run in Blue-based Commander decks as you are likely to have countermagic ready to counter the spell the opponent tries to play off the two Treasure tokens. There are instances you can use the spell to counter your own spell to generate Treasure value in a pinch, especially if you need the fixing. 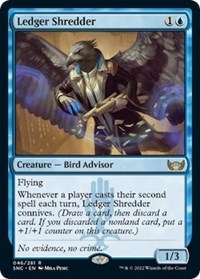 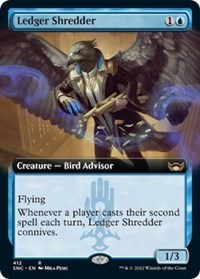 Given the buzz last week, it's far from surprising to see Ledger Shredder's demand continue to rise. It's seeing heavy play in Pioneer, Modern, Legacy, and even Vintage given how easy it is to meet the connive requirements. It's seeing comparisons to Tarmogoyf, a signature Modern card since it's reasonably costed and grows in power through generating value.

Tablet of the Guilds

Formats such as Modern, Legacy, and Vintage are full of cheap and effective spells which raises the value of the Bird Advisor even more. From Pioneer Izzet Phoenix to Modern Grixis Death's Shadow, Ledger Shredder is becoming a huge roleplayer for spell-dense archetypes and will only become more effective the more spells enter these formats. It's clear players now understand how powerful Ledger Shredder is, and it's likely to be one of the most impactful cards from Streets of New Capenna for eternal formats.