Ah, Pokédex entries: short encyclopedia summaries of all the Pokémon you've caught, giving you insight into their amazing world. Did you know that Raichu turn aggressive if they have too much electricity stored in their bodies? How about the fact that Chikorita love to sunbathe? Or that Haunter will drain your life by licking you, causing you to convulse until you're dead?

...Hang on, that last one doesn't sound right for a magical animal friendship adventure.

Turns out, a lot of these entries are actually really dark, quickly taking our favorite Pokémon from cute and cuddly to horrible nightmare fuel. Since it's almost Halloween, let's get into the spirit of things with a list of the top 10 terrifying Pokédex entries! 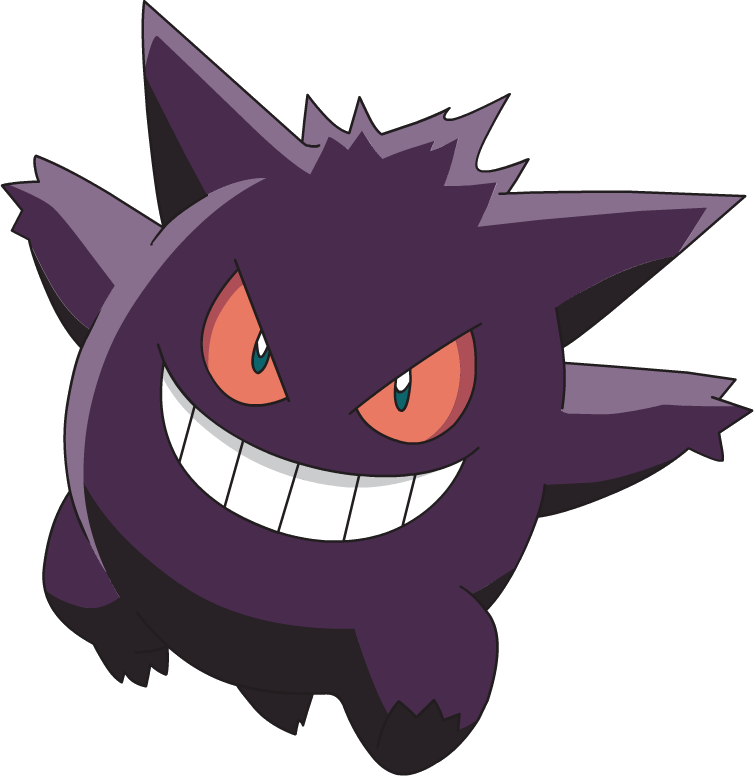 "It apparently wishes for a traveling companion. Since it was once human itself, it tries to create one by taking the lives of other humans."

Because we more or less covered Haunter in the intro, I won't talk about it again in this list, but Gengar is fair game. So apparently Gengar is just bored and wants someone to go on long, meaningful walks with it. But rather than starting an OKCupid profile, these Pokémon will kill anyone and and everyone, give you no choice in the matter.

Obviously it's creepy (and a little baffling) that one of these fun magical creatures is out to kill you out of boredom, but let's not forget the fact that, according to the Pokedex, Gengar were once human themselves.

This leads me to ask a few questions. 1. So it's not really a Ghost Pokémon, is it? It's just a straight up ghost. And 2. If I were to die in the Pokémon world, would I turn into a Gengar right away, or would I have to start off as a Gastly first, then evolve? It would suck to live a long, fulfilling life and then be booted to Level 1 Gastly for Joey the Jr. Trainer, who has no idea that I CAN DO MORE THEN JUST USE CONFUSE RAY, IT DOESN'T EVEN WORK ON THEM MORE THEN ONCE. THEY ARE ALREADY CONFUSED. 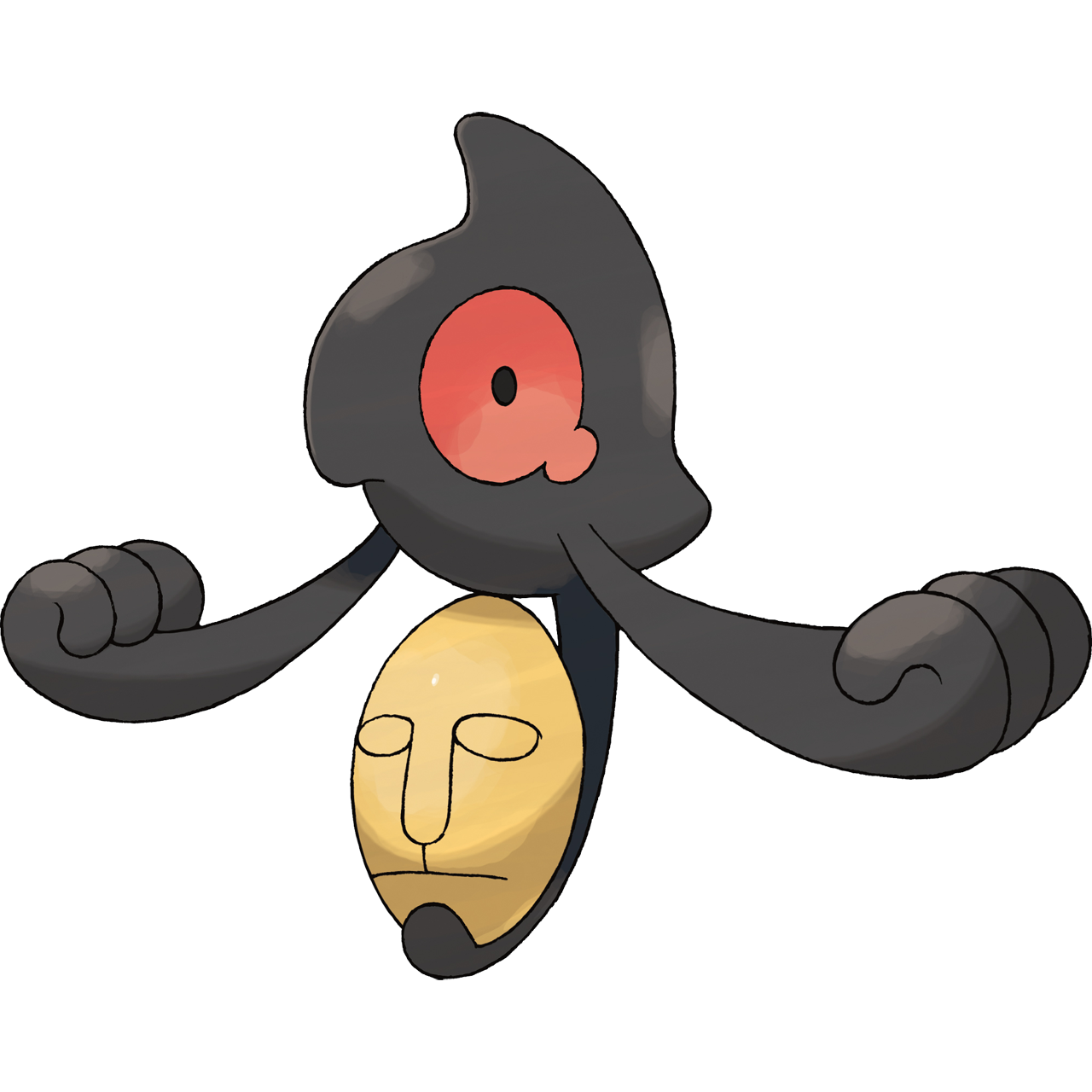 "Each of them carries a mask that used to be its face when it was human. Sometimes they look at it and cry."

As you may have guessed, a lot of this list will be Ghost-type Pokedex entries, because apparently they are just SO edgy. Honing in on Yamask...that little yellow mask it's holding? Yeah, that was once its human face. Maybe its eyes are red from all the crying.

Now, the Pokedex entry is super short, so I'm going to ask a few more questions that we probably won't ever get answers to. 1. Is it like a death mask, which would be a bronze sculpture of the human face, or are we talking Silence of the Lambs here? 2. Okay, seems like there's no afterlife in Pokémon, just ghosts, but does what TYPE of ghost I am get determined by region? Can I cash in my karma points for experience points to help me level up faster? Do I HAVE to be a Level 1 Gastly? 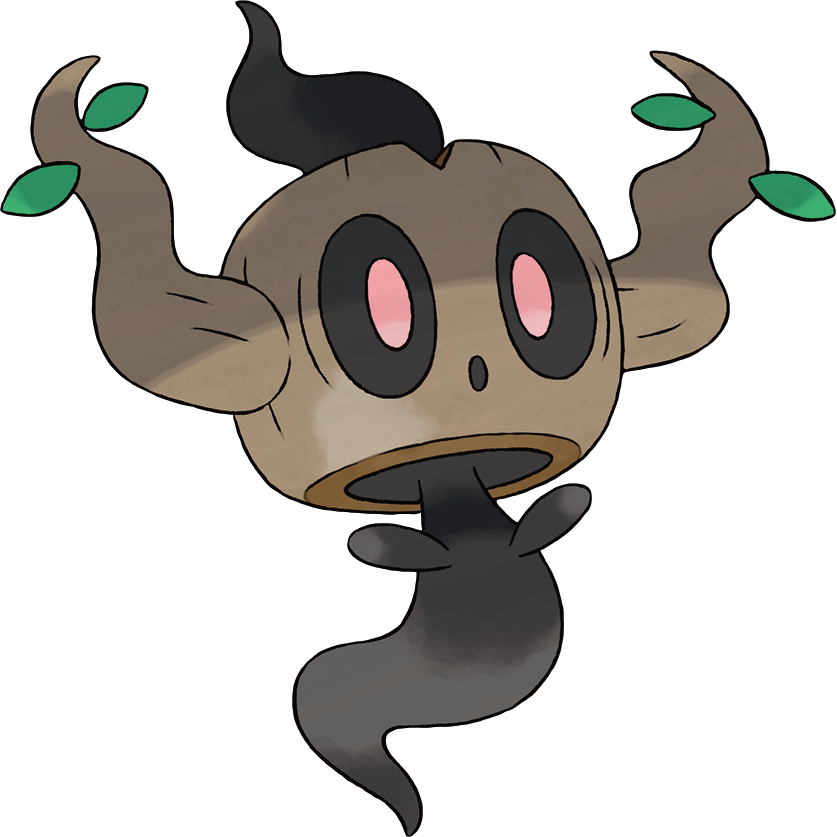 "These Pokémon are stumps possessed by the spirits of children who died in the forest. Their cries sound like eerie screams."

Well that's...depressing. Seriously, this Pokémon only exists because a child's ghost decided, "I don't want to be something dumb like a Shuppet, so I guess I'll just posess this tree stump." Was there nothing else interesting immediately available?

These little guys basically evolve into a ghostly, kind of evil Smokey the Bear, since Trevenant's entry states, "This Pokémon is said to devour anyone daring to ravage the forest." I'm all in favor of preventing destruction of wildlife, but Trevenant basically declared itself judge, jury, and executioner and then went to town. 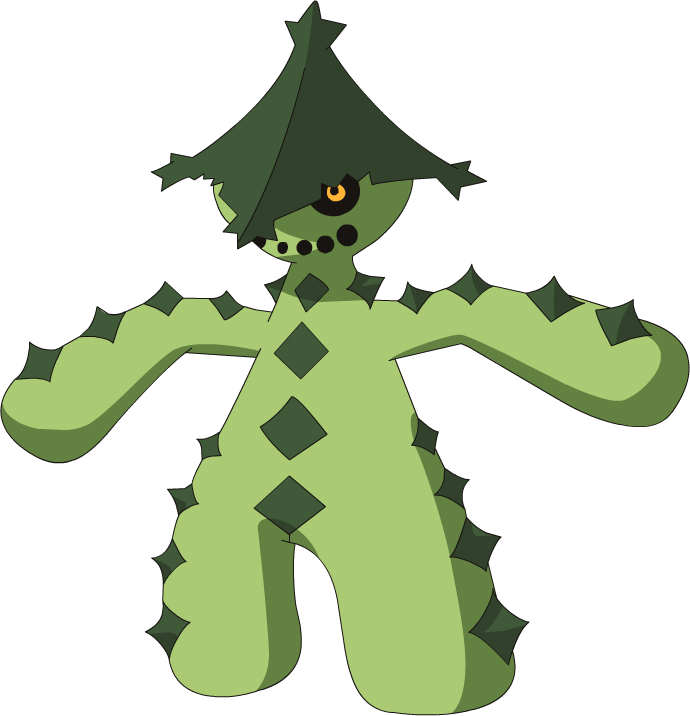 "If a traveler is going through a desert in the thick of night, Cacturne will follow in a ragtag group. The Pokémon are biding their time, waiting for the traveler to tire and become incapable of moving."

Imagine you're walking through the desert at night and you notice a bunch of animate cacti are following you...and they are absolutely, 100% hunting you for food. You start to run. They keep pace. It's dry out there, so you start to tire out. They hit you with a Poison Sting. You go down. They begin to close in around you...

What they do next is largely unknown and honestly, as I sit here writing about the fate of this hypothetical traveller, I decided I neither need nor want to know what they do, but I assume they bludgeon you to death with those awful looking cactus arms. Who says Grass types can't be edgy as all hell? "This Pokémon has the habit of hugging its companions. Many Trainers have left this world after their spines were crushed by its hug."

To start, let me remind you that Bewear is Normal/Fighting. This isn't a Dark or Ghost type, so it's not like those guys have a monopoly on the scary Pokedex entries. This thing is 6'11"—over two meters for our friends using the metric system—and it wants to give you a hug. Not just a regular hug, mind you—it wants to hug you to death by crushing your bones.

This teddy bear looking freak is labeled as the most dangerous Pokémon in Alola, and I believe it. Heck, I wouldn't let my own Pokémon fight it, ever. It's a death sentence. No fainting before going back to the PokeCenter and healing up. No, you need to fly to Lavender Town and book a spot in Pokemon Tower for your newly dead friend.

"Stories go that it grabs the hands of small children and drags them away to the afterlife. It dislikes heavy children."

What's worse than your child turning into a stump Pokémon? Probably them being carried away by a balloon Pokémon. At least if they're a stump, you know roughly where to find them.

...Man, a fair or circus in the Pokémon world just became IMMEDIATELY more terrifying. "Where's Timmy?" "He said he wanted a balloon." "...Honey...we didn't get balloons for this party." By the time they figure out what happened, little Timmy is going to be long gone from this mortal coil, and beginning a whole new existence as a Gastly. 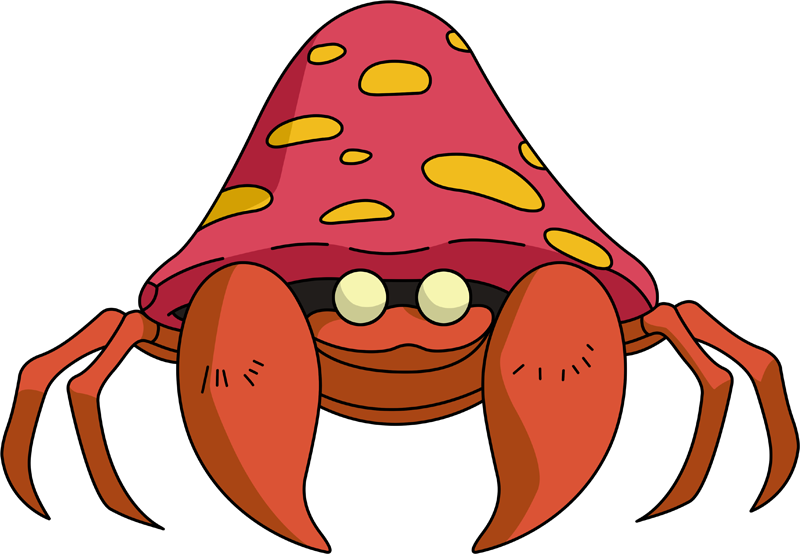 "The bug host is drained of energy by the mushrooms on its back. They appear to do all the thinking."

...So Parasect (the bug) is just straight up dead, and all along, the thing you've been training and talking to is a mushroom. Sure sounds an awful lot like "The Last of Us" all of a sudden. No wonder its eyes look so dead, they ARE dead.

Remember when Ash and friends try to help a Paras evolve in the anime? I'm now left to grapple with the question, "Was that an ethical decision to make?" ...No, no it was not. 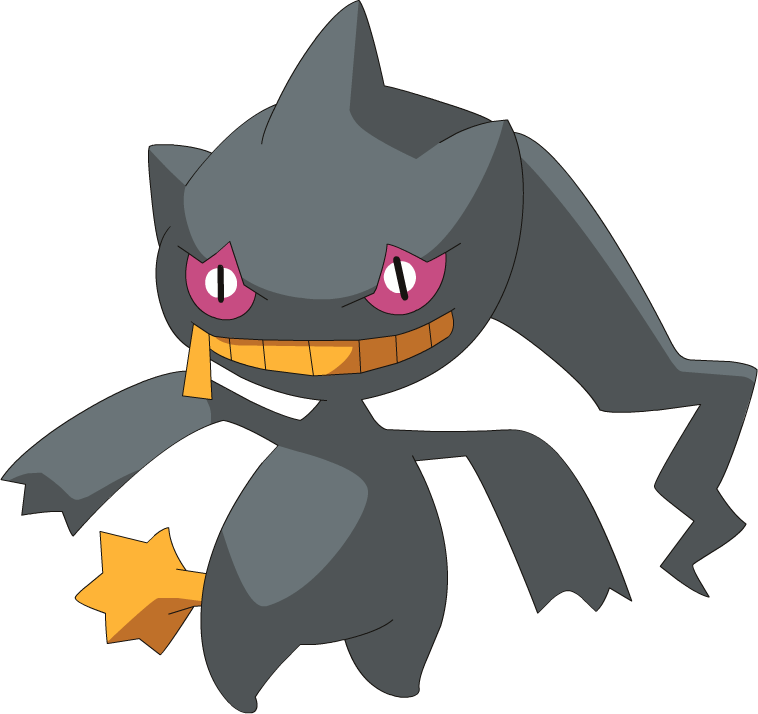 "A doll that became a Pokémon over its grudge from being junked. It seeks the child that disowned it."

This is a revenge flick on a whole new level—this Pokeémon is after a child. I get not being okay with abandonment, but instead of going the Toy Story route and seeking a new child's love, Banette goes on a straight up murder quest.

Now, I know a few people will argue that "it doesn't technically SAY that in the entry." But there's no reason this thing would be looking for the child, except to kill them. Need proof? Check pretty much ANY OTHER ENTRY ON THIS LIST, Ghost Pokémon are evil. 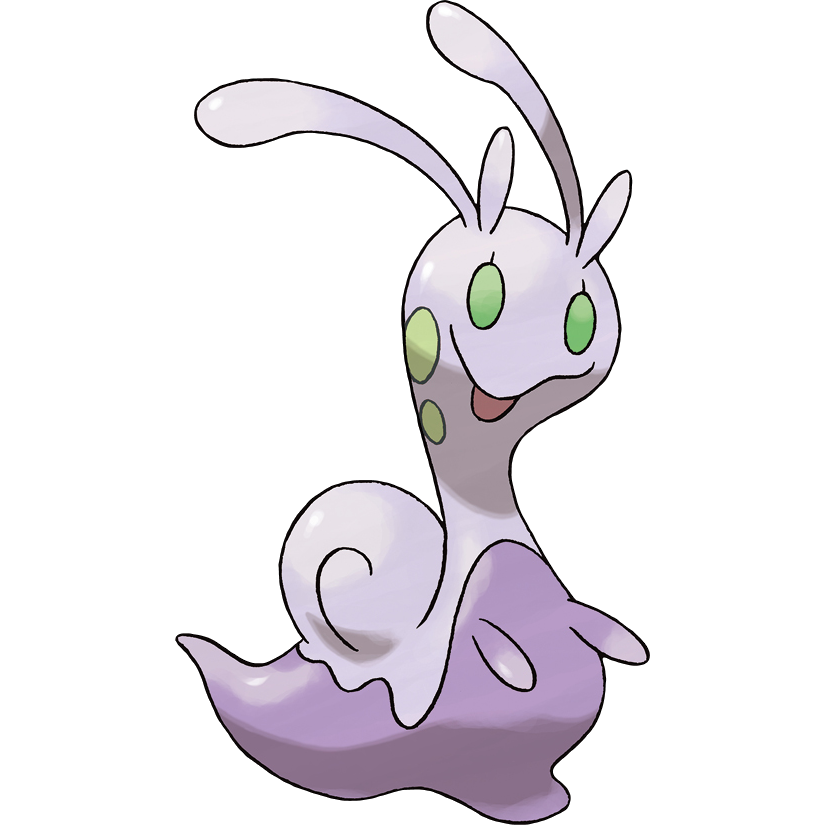 "It has trouble drawing a line between friends and food. It will calmly try to melt and eat even those it gets along well with."

Don't you just hate it when your best friend tries to slowly dissolve and consume your body? I think the worst part about Sliggoo is that it's shaped like a friend. Bewear looks like a sick parody of a friend (I'm sorry, that thing is a nightmare), but Sliggoo very clearly wants you to like it.

And it's hard not too...that is, until your hand starts to dissolve into its mouth and boy do I hope you're dissolving and THEN being eaten, because if it's got a hold of you, it's probably not letting go.

"When it finds humans or Pokémon it likes, it freezes them and takes them to its chilly den, where they become decorations."

So on one hand, Froslass is doing her interior design thing, and I respect her desire to surround herself with things she likes.

On the other hand, thaaaaaaat's dark. Frank went hiking last weekend and hasn't been seen since? He's now an end table. Pray she doesn't want the matching set, HANK.

And that's our list! Which Pokédex entries keep YOU up at night?