Another big bad monster for spooky season, Gengar is nevertheless an enduring favorite among Pokémon fans. Maybe it's the bulbous purple body and mischievous grin, or perhaps it all comes down to its membership of the iconic Gen 1 crew. Whatever the case, players and collectors alike have decided that these 5 Gengar are worth having, whatever the cost. 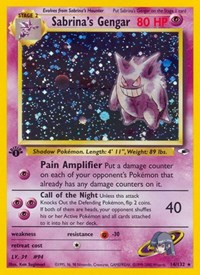 Sabrina's Gengar, a Holo Rare, appears in 2000's Gym Heroes. The largest Pokémon set ever released at that point in time, it contained 132 cards (at least in the English version — Japan only got 96!). While the set is enormous, a downshift in Pokémon popularity at the time meant that only a small number of these cards were printed. 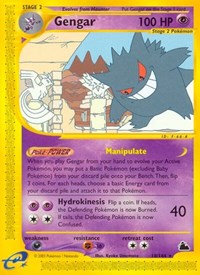 Skyridge, which made its debut in 2003, was another large yet low-production set, leading to increased rarity nowadays for this particular Gengar. Its 182 cards are prized for their artwork as well as their scarcity. 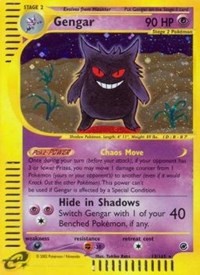 Holo Rare Gengar (13) showcases the e-Card format that Pokémon first launched via their Expedition set in 2002. Like Gym Heroes and Skyridge, the set featured high production value and a relatively small print run. 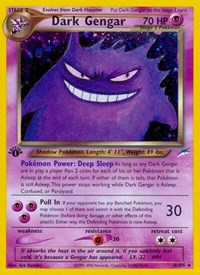 This Gengar may be dark, but it's also shiny! This Holo Rare arrived on the PTCG scene with 2002's Neo Destiny, a highly anticipated set that introduced Light Pokémon to balance out the Dark Pokémon from Team Rocket. 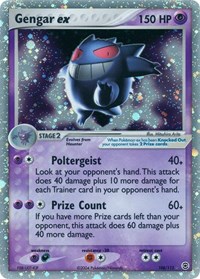 Number one is the only Ultra Rare on the list, and a striking piece of art from FireRed & LeafGreen. This 2004 set was a deliberate attempt by Nintento to invoke nostalgia for the original 150 Pokémon — an experiment that succeeded, and reawakened interest in the franchise after a relative lull.

Which Top 5 Gengar is your favorite combination of cool and creepy?