Originally presented to American Poké-fans as an evil genius, there has since been some debate about Mewtwo's origins. Since its 1999 debut, the character has since starred on over 40 different cards. Love 'em or hate 'em, there's no doubt that Mewtwo has a solid place in most players' hands — and collectors' binders. 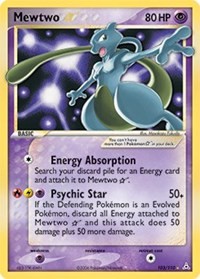 This superstar Mewtwo from Holon Phantoms features a dynamic pose that breaks the frame of the card. Its Ultra Rare status, combined with its appearance fairly early in the Pokémon TCG, makes it a card worth collecting. 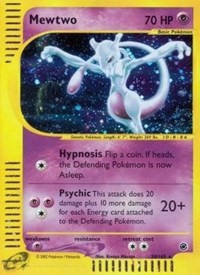 Expedition, which debuted in 2002, heralded the inclusion of e-Cards for the first time in the PTCG. This Holo Rare showcases the distinctive, now discontinued, markings along the bottom and left sides that make it both nostalgic and valuable. 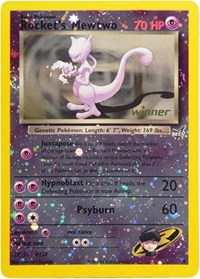 This infamous Mewtwo was originally released in 2000 as part of Gym Challenge. It gained value and rarity when reprinted as a reverse holofoil "Best of Promos" card — complete with a gold "Winner" stamp — and was handed out to participants in 2003's BattleZone tournaments. 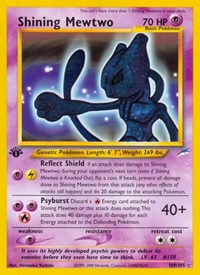 This Secret Rare arrived in Neo Destiny, the largest yet most elusive of the four "neo" sets. Shining Mewtwo is depicted as a glowing blue form with an ominous silhouette, making it a stunning, albeit menacing, addition to any binder. 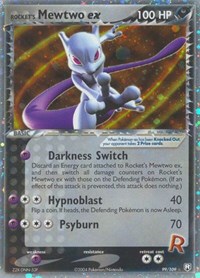 Our number one, Rocket's Mewtwo ex, really is Ultra Rare. Its home set, Team Rocket Returns, was released in a significantly smaller print run than most Pokémon sets, due to waning interest in the PTCG in the early 2000s. Renewed interest in collecting means there aren't many of these left!