Umbreon was introduced in Generation 2 as a Dark Type Pokémon, said to be capable of great loyalty and friendship. This mysterious Eevee evolution is most active by moonlight, and its card art frequently features striking nighttime scenes.

When it comes to card finance, which Umbreons stand out from the shadows? 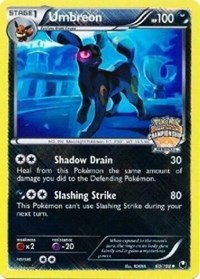 This variant card is a Crosshatch Holofoil of the original Dark Explorers Umbreon, and was given to participants in the Spring Regional Championship of the 2013 season. 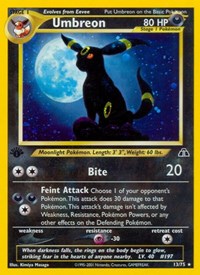 2001's 75-card Neo Discovery set enjoyed a more limited print release than its precursor, Neo Genesis, which introduced 111 cards in 2000. As a result, it's harder to track down this particular Holo Rare! 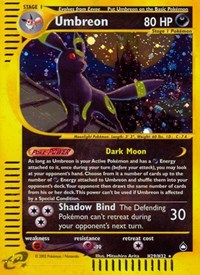 Most Pokémon fans agree that the Aquapolis set was under-printed, resulting in increased value for cards such as this Umbreon. 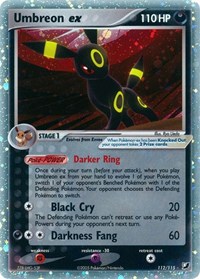 Umbreon ex hit the PTCG scene in 2005 via EX Unseen Forces. In addition to its Holo Rare status, Umbreon was featured on one of the packs as character art.

The POP Series is made up of cards that were given out as rewards for participants in Pokémon Organized Play (AKA POP). Umbreon Gold Star is an extremely rare single from Series 5, earning it the top spot on our list!