Faster than a lighting strike, Zapdos is a hyper-aggressive dual type with both Electric and Flying traits. It does not evolve from or into any other Pokémon, but that hasn't held it back! This avian character is one of the three Legendary Birds of Kanto, with Articuno and Moltres rounding out the trio, and a powerful character in the PTCG.

Read on to find out which version of the original Angry Bird is worth most! 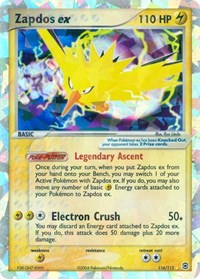 This Secret Rare showcases wild and colorful artwork just as chaotic as Zapdos itself. This set revisited many of the original 150 Pokémon, in a bid to evoke feelings of nostalgia among both collectors and players. 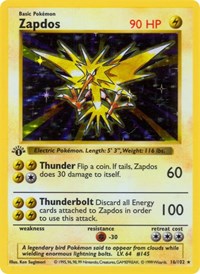 Ah, the golden combo: Base Set and Shadowless. That singular missing element — a drop shadow behind the artwork window — causes a huge spike in card value. They're far and few between, mainly because it's been over 20 years since they hit the scene! 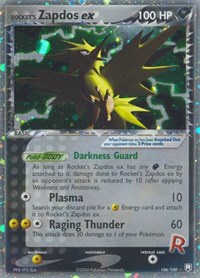 Team Rocket returned in 2004 (with the aptly named Team Rocket Returns set), and gave Zapdos a whole new look. Declining popularity levels for the PTCG at that time resulted in a smaller print run of its cards, including this moody-looking Ultra Rare. 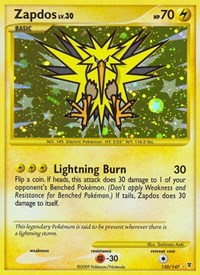 Does this Secret Rare art look like Zapdos just stuck a claw or two into a socket? Absolutely. Has that hurt its popularity? Not a bit. This card debuted with 2009's Supreme Victors, a set based on role-playing video game Pokémon Platinum. 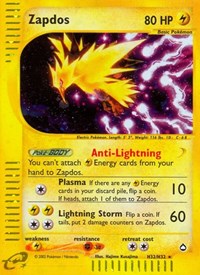 In addition to being a Holo Rare, this 2003 Zapdos is valuable because Aquapolis is well-known for its relatively smaller release. Now-obsolete e-Reader card markings along the left and bottom edges produce its trademark 'off-center' design, making it highly prized by collectors.