Every Friday, Jon lists the Top 5 most-read articles and the 10 most-viewed decks of the past week. 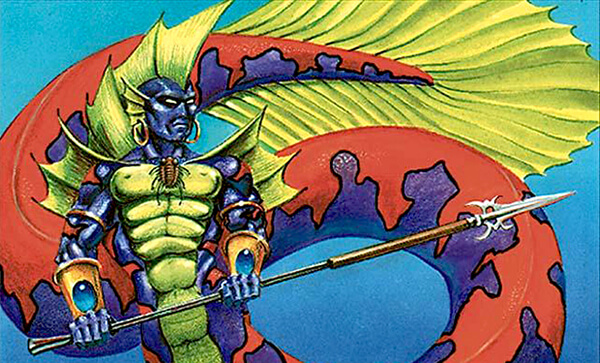 There are definitely some cards out of Origins that are clearly very good. Seth highlights some standouts he's seen so far and shares some insight on what kinds of decks to plug them into. His take on Bounding Krasis and how it fits into existing Splinter Twin decks is especially relevant, with the Modern PPTQ season coming up around the bend.

#4: New Decks to Dominate With, by Ali Aintrazi

Courser of Kruphix, Den Protector, and Deathmist Raptor represent a Standard engine capable of grinding out even the most controlling opponent. The upside of having this engine in your deck is that it places a very high floor on how bad your deck can be, and Ali brings us three Standard brews, all featuring the three green cards that have come to define post-Dragons of Tarkir Standard.

#3: Staying Away from Traditional Control Decks in Modern, by Shahar Shenhar

Since the first Modern Pro Tour in 2011, the format's been defined by its velocity. The benchmark of Modern - Splinter Twin - plays mostly like a control deck that just happens to feature a combo win. Every deck does something proactive. Shahar discusses why it's so tough for a traditional control deck to perform in Modern, and goes over the most controlling viable strategies in Modern, including the ways in which they're proactive and why they're built that way. Another important fundamentals article to gear up for the Modern PPTQ season with.

#2: The New Gideon in Magic Origins, by Craig Wescoe

Origins features Kytheon, Hero of Akros, a Savannah Lion that transforms into a planeswalker. In other words, the perfect card for Pro Tour champ Craig Wescoe to break wide open. This week, he dives into some existing Standard and Modern decks to find the best home for the new Gideon.

For this week's Modern Monday, Frank takes Jacob Wilson's Top 16 list from Grand Prix: Copenhagen for a spin, and discovers just why Griselbrand is on the chopping block in Modern. Don't take my word for it though - check the games out yourself, and find out just how broken Nourishing Shoal can be.

Breach Reanimator cracks our Top 10 for the second week in a row, this time in the hands of Jacob Wilson.

A twist on the Legacy deck with a bent towards mana denial. Turns out Path to Exile plus Leonin Arbiter is even better than Swords to Plowshares.

Down from #2 last week, Zac's innovative control list has definitely gotten lots of attention, and is something to be prepared for going into a Modern tournament at any level.

This powerful deck won Sky Mason a first-place trophy in Providence last weekend on the back of heavy hitters like Whisperwood Elemental, Genesis Hydra, and Dragonlord Atarka.

The winner of an SCG IQ last week, Mat pulls no punches in his sideboard, with hits like Ashiok, Nightmare Weaver and Dreadbore.

Last weekend's SCG's Open winner went for a more midrange Gruul deck, choosing to go over the Top with Thunderbreak Regent and Stormbreath Dragon instead of with bland green fatties.

When everyone's trying to out-midrange each other, what can you do to beat them? Dalton's Red Deck Wins build slides under everyone nicely, getting in lots of early damage and burning out all the midrange decks before they can stabilize.

The winner of TCGplayer's 5K in Orlando, Max chose to Brawl with a no-nonsense Mardu deck, identifying how powerful Crackling Doom is in a field of green fatties.

Down from #1 last week, Michael Malone's Grand Prix-winning tribal deck shows it's got definite Staying Power, and that it's a force to be reckoned with in Modern.

The third GP-winner in our Top 10 and the most-viewed deck overall in the past week, Merfolk (alongside Elves) shows just how much people are willing to give tribal decks a shot. Prsemek's build in particular is especially spicy, running maindeck copies of Relic of Progenitus to deal with opposing 'Goyfs, as well as Vapor Snag (one of my all-time favorite cards) to beat opposing Gurmag Anglers and Tasigurs.