You can make a solid case that for almost any strategy in Yu-Gi-Oh, unique variants succeed differently, and that sentiment only spirals out of control with less competitive decks. If a strategy isn't a proven winner by typical metrics – say, success in premier events – then it's open season to try every possible combination to make the deck unbeatable.

Come on, Battlewasp players, I bet there's something you can do to make the deck good! Keep trying!

Point is, I've had a blast working with the new Fabled cards, designing different strategies that capitalize on the different things Fableds can do well. Shortly after their announcement, I created a deck that showcased a lot of what Fableds could do, bringing back some old classics with new toys in a catchall showcase.

Don't worry - my columns won't be pure Fableds forever. But while it's still hot on my mind, I wanted to plug in two other creations I've been stewing on that didn't quite fit the last discussion. 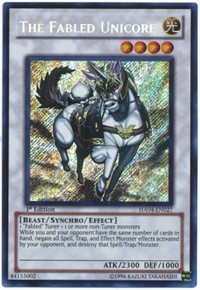 The Very Best And Very Worst In Yu-Gi-Oh

The Fabled Unicore is a strange card because it works with hand size, a concept that you'd think would have a lot of traction in Yu-Gi-Oh, but actually doesn't appear much on a mechanics basis. On one side you have hand loops, and on the other, it's… Infinite Cards and Slifer the Sky Dragon? This particular design space is underexplored in Yu-Gi-Oh.

The Fabled Unicore is one of the few examples of middle ground, and that's part of what makes it so interesting: it shuts down your opponent's cards and effects when both players have the same number of cards in their hands. You can use The Fabled Unicore aggressively to push your plays through opposing disruption, but it works as blanket negation when played defensively too.

Back in the day - and by that I mean literally over a decade ago - I tenaciously clawed my way through some downright abysmal versions of this deck that should never see the light of day. The number of ways you can manipulate your hand size reactively are almost infinite, but that doesn't mean they're infinitely good.

Let's just say Jar of Greed no longer has a place in this deck. If you want to build a strategy around a Level 4 Synchro, you need some new and improved weapons. 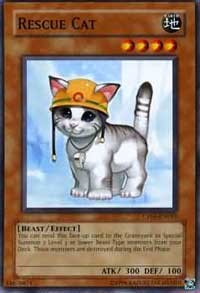 Getting To That Unicore

Obviously if a deck's called The Fabled Unicore Control, it's importnt to summon The Fabled Unicore quickly, and thankfully there are plenty of ways to do that in modern Yu-Gi-Oh. To start, you can obviously just throw Fabled monsters on the board. Toss out The Fabled Nozoochee and The Fabled Cerburrel, and boom, you're done, let's pack up and go home.

Rescue Cat acts like Obedience Schooled with one less wasted monster, but it also shares an ability with Tour Guide From the Underworld to do some more impressive combos that deliver The Fabled Unicore at minimum, and often a lot more. Consider this combo.

Rescue Cat can't do that completely in a vacuum, but with basically any Fabled card in hand, you can get an even better field. Rescue Cat plus Fabled Marchosia is a similar combo but it's backed by Fabled Regicide. 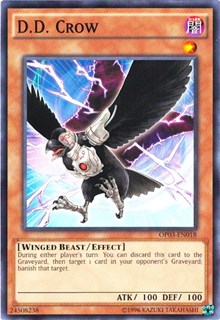 Yes, the deck isn't just "summon The Fabled Unicore and pass." There are enough threats in the Extra Deck to peck away at your opponent, and enough hand traps in the Main Deck to keep some of the more ludicrous plays at bay, but with such a preventative strategy at stake you don't need as much flare as other strategies.

Honestly, don't underestimate the power of The Fabled Unicore, especially backed by hand traps. If you can simplify the game state to just The Fabled Unicore with your opponent's one card in hand, then that card's basically useless. I know I'm leaning heavily into hand traps, but they're even better when they can cut both ways, stopping effects as normal but also helping you leverage The Fabled Unicore.

A valid question you might have is the lack of turbo potential in the first build: Fableds often play well with stuff like Danger monsters, Card Destruction and One for One. It's a fair criticism, but it's important for this strategy that you be both competitive and have proactive discards in your hand at all times.

D.D. Crow is probably the best example. There really aren't any restrictions to when you can use it; ok, sure, you can't play it in response to Honest ATK boost, but the point is that free hand manipulation with no outright drawbacks is where you want to be. Even if that type of effect isn't optimally timed to hurt your opponent, you'll hurt them enough by keeping your hand size congruent. Here's my new build of Unicore Control, updated for the new cards coming in Blazing Vortex.

Spells: 5
3 Obedience Schooled
1 Called by the Grave
1 Stairway to the Fabled World

On the complete other side of the Fabled world, miles away from Unicore Control you have combo decks, especially ones dipping into other themes like Danger and Dark World! I had a joke here, or something, but the cat's out of the bag on what the surprise mashup is.

On the surface, you'd think Dark Worlds went well with Fableds, but remember that Dark World monsters trigger when they're discarded by an effect, not as a cost. It's even a worse kick in the shins when you see all the cards that "send" cards from your hand, not discarding them, disqualifying Dark Worlds and Fableds alike.

But thanks to the new Fabled support, Dark Worlds have new cards that they actually work with, namely Fabled Marchosia and Stairway to the Fabled World . Because both of those cards work as effects not as costs, discarding something like Broww, Huntsman of Dark World isn't dead weight.

When combining Fableds, Dark World, and Danger together, there really isn't any wrong direction you can go. The Extra Deck could literally be anything you want it to be, so I chose to take two paths: big monsters and Hot Red Dragon Archfiend King Calamity. 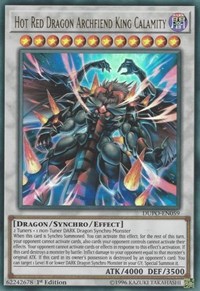 So let's start with the elephant in the room: Hot Red Dragon Archfiend King Calamity. It's probably one of the harder monsters to actually play, but Crystron Halqifibrax makes it all possible quite easily. When I wrote about Block Dragon getting banned and Halqifibrax staying safe, I wasn't explicitly thinking of this combo, but you can do silly things like this and get away with it without bending over backwards.

…And when I say "quite easily," I mean that in every sense of the word. With Tuners, ya know, "existing", Crystron Halqifibrax and therefore Formula Synchron is at your fingertips. And speaking of Crystron Halqifibrax, it'll summon a second Tuner from your deck, so all that's left is a Dark Dragon Synchro.

Oh look, Chaos Ruler, the Chaotic Magical Dragon is here to help you out in a billion ways.

For starters Chaos Ruler, the Chaotic Magical Dragon easy to summon, and the bonus excavated card from its first effect pays you back immediately. The other excavated cards get thrown in the graveyard, thus synergy with Fabled Kushano, Grapha, Dragon Lord of Dark World, and Blackwing - Zephyros the Elite.

"Added Bonus Number Three" is its revival effect. Sorry, there isn't much synergy beyond Number 38: Hope Harbinger Dragon Titanic Galaxy or other Rank 8s, getting your opponent to near lethal damage and then following up the next turn with another wave of Grapha, Dragon Lord of Dark World and Chaos Ruler, the Chaotic Magical Dragon good insurance policy for the deck.

And to round out the deck, there's both hand manipulation and negation. Here's the build.

Spells: 10
3 Dragged Down into the Grave
3 The Gates of Dark World
1 Card Destruction
1 Monster Reborn
1 Stairway to the Fabled World
1 Terraforming

Could you pivot this deck into total hand manipulation? Absolutely! Could you make something and Link climb to absurdity? I certainly don't see why not. When the gist of the deck is "keep throwing down monsters," I can't think of a bad way to use them.

I mean, don't summon Saryuja Skull Dread ad nauseum after burning through your Extra Deck, but the synergy with these three themes means you can basically pick an Extra Deck monster and go for it. Probably not Battlewasps. But if you want to try, I won't actively come to your house and stop you.