Last week I wrote about Urza, Lord High Artificer in Modern and why I decided to play it for the Mythic Championship. Well, that tournament is over, I went a strong 11-5 to finish in 25th, and Urza even found its way into the Top 8 of the event piloted by Manuel Lenz. I mentioned that I thought Urza was a little short of being a tier 1 strategy, but once people figured it out, it would be one of the best decks in the format.

I don't think we're there yet, but it does seem that even the rough sketches of Urza decks that we're working with now are still good enough to get the job done. This is the list that I played to a 7-3 record.

One wild thing about the event was how drastically different so many of the Urza decks looked from each other, and yet it was still one of the best-performing strategies in the event. Hogaak, Arisen Necropolis decks in all varieties were the top decks in the tournament, even despite Leyline of the Void being the most played card, but Urza decks only did slightly worse. While Hogaak put up about 56% in terms of win rate, with Hogaak Dredge at 60%, Urza decks were at 55% and also one of the few decks to boast a positive win rate against Hogaak.

One advantage of Urza is that it has a good Hogaak matchup, and while Hogaak remains one of Modern's best decks, Urza will also remain as a foil to it. Will Urza get worse if Hogaak gets banned and it loses one of its good matchups? I don't believe so. I think Urza also has good matchups against a lot of the other top decks and can remain a top deck, even with its chief prey being gone.

Here are some Urza Sword lists from the Mythic Championship. I'm impressed by how different these lists all look from each other.

As you can see, there is no real consensus on Urza—and it's not even just a handful of cards that are different, some of these lists look like entirely different decks. The only thing we seem to all agree on is playing four copies of Urza, Lord High Artificer. I couldn't imagine playing less.

The big key with any of these lists is to make sure that your list is internally consistent with itself. My list, for example, plays Chromatic Stars and Ichor Wellsprings. Those cards are not good enough to make the list by themselves. They are only worth playing when you pair them with cards that synergize with them. In this case, those are Sai, Master Thopterist and the full set of four Thopter Foundry. Between Sai, Master Thopterist Goblin Engineer and Thopter Foundry, there are a ton of ways to sacrifice those artifacts for value. Without Sai, these artifacts probably wouldn't be good enough to play, and without Chromatic Star, Sai is likely not good enough to play.

These other lists also have solid interactions like that. For example, Alessandro Portaro's list plays four copies of Whir of Invention, which is a lot for that effect. However, he has a card like Pentad Prism which pairs very effectively with Whir, creating a synergy between the cards.

Another synergistic grouping I want to talk about is cards like Sai, Master Thopterist, Saheeli, Sublime Artificer and Monastery Mentor along with the rest of the cards in the deck. These cards all provide value when paired with spells in certain situations. 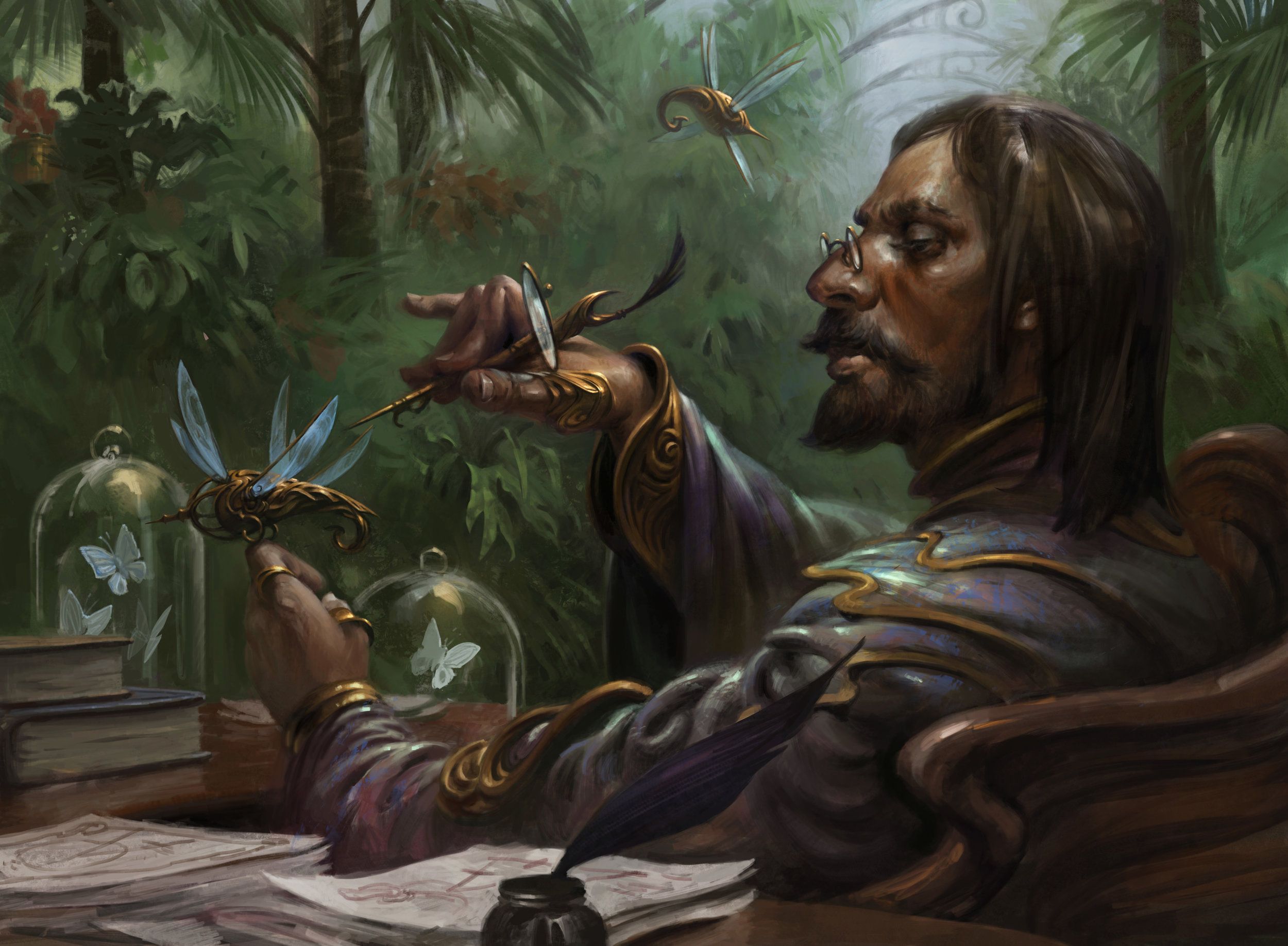 Out of all these cards, Sai, Master Thopterist works best with cheap artifacts. Sai pairs especially well with Sword of the Meek as you can sacrifice Sword to Sai and then get it back into play when you create a Thopter from casting a new artifact. Sai, Master Thopterist also pairs exceptionally well with Urza, Lord High Artificer allowing you to chain Sai activations effectively with all the extra mana Urza provides. Out of all of these cards, Sai works the best with Urza.

The issue with Sai, Master Thopterist is that it doesn't work well with Whir of Invention, Goblin Engineer or all the non-artifact cards in the sideboard. When you side into things like Thoughtseize or Fatal Push or the like, then Sai naturally gets worse, since typically artifacts get cut for those cards.

Monastery Mentor is similar in that it plays the same role as Saheeli. Mentor works on all spells, not just artifacts. The downside of Monastery Mentor is that it dies to pretty much everything, whereas Saheeli and Sai dodge some removal. Sometimes, like in matchups against U/W Control, Saheeli, Sublime Artificer is the best option because it can't get hit with Path to Exile or Supreme Verdict, and can create a constant stream of tokens to pressure their planeswalkers and life total. In Lightning Bolt matchups, Sai, Master Thopterist can hang in there whereas Monastery Mentor cannot. The power of Mentor is that it kills extremely quickly. When left unchecked, it's the fastest way to win a game.

These cards all have their pros and cons, and which ones you decide to play as alternate ways to win games should reflect the other cards you've chosen. Playing an artifact-heavy build like mine with Chromatic Stars and Ichor Wellsprings leans toward Sai, Master Thopterist being the best option, but in builds with Teferi, Time Raveler and more spells, something like Monastery Mentor could be the best choice. 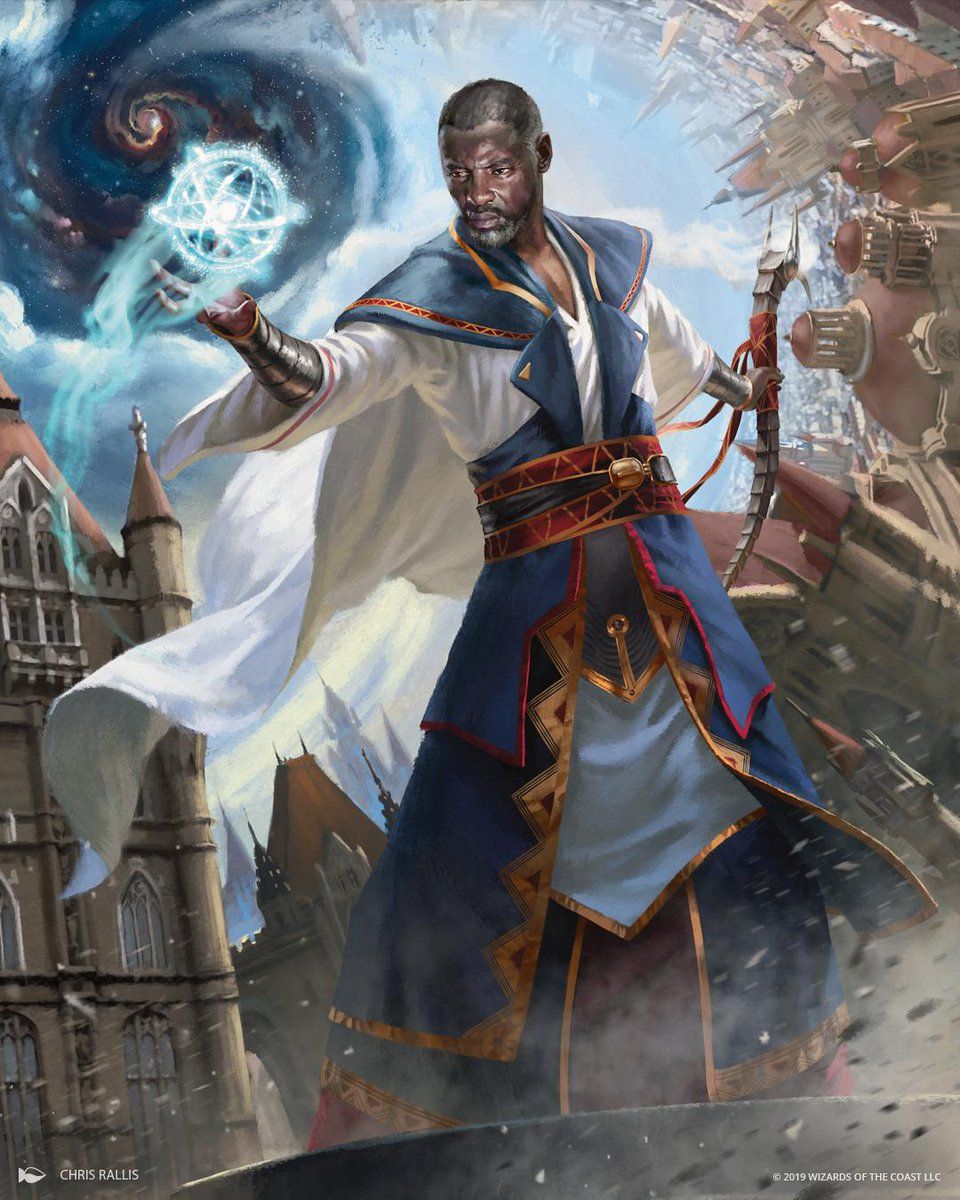 Speaking of Teferi, Time Raveler, that was a card that a lot of these lists made great use of this weekend. I did test with Teferi, Time Raveler, but ultimately I dismissed it from the deck. While I liked Teferi, I didn't feel that it served any specific purpose in the deck and was just a generically good card. I cut a lot of those generically good cards from my deck to streamline it as much as possible.

One of the major considerations running through my choices with this deck was the ability to get hellbent for Ensnaring Bridge. With decks like Humans and Hogaak being big players in the metagame—decks that fold to a hellbent Ensnaring Bridge game one—I made concessions so I could easily hit zero cards in hand when necessary. For example, I liked Ichor Wellspring a lot, but maxed out on three copies because it can hurt toward getting Bridge-bent.

Teferi, Time Raveler isn't going to shine in those kinds of matchups. It's hard to get hellbent with Teferi because it costs so much mana to deploy and without using its -3 ability, it's not worth spending three mana on. The -3 ability draws cards and thus makes it tough to get to zero in hand for Ensnaring Bridge. I didn't want to play these kinds of cards because I heavily valued the ability to make Ensnaring Bridge as good as possible.

However, seeing how popular Teferi, Time Raveler was in other builds of this deck and how well players did with it, I'm wondering if I maybe went too far in streamlining the deck. A generically good card like Teferi, Time Raveler seemed to overperform when I saw other Urza players playing it, and in the future I would look to figure out how to slot this card into the strategy. While my list is lean and streamlined, it might be worth making it a little more awkward while also adding stronger cards like Teferi, Time Raveler. 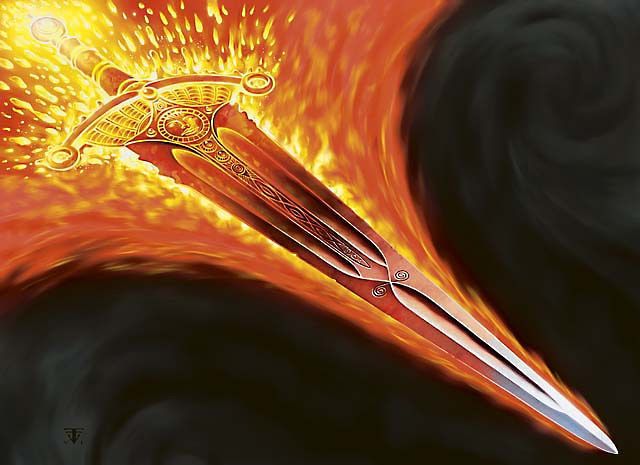 One mistake I definitely made in my decklist was only playing one copy of Sword of the Meek. I knew this was a mistake but did it anyway. Having the second Sword of the Meek is worthwhile for a few reasons. First of all, it's worth just naturally drawing a lot of the time, especially when playing Sai, Master Thopterist in the deck. Thopter + Sword, even without Urza, still beats a lot of decks like Izzet Phoenix.

Secondly, it's nice to be able to dump a sword with a Goblin Engineer and then still have access to a second copy in case the first one bites it to a Relic of Progenitus, Scavenging Ooze, Nihil Spellbomb or other such effect.

One thing I mentioned in my prior article was that I did not like Goblin Engineer and thought I might regret playing with it, but it actually overperformed for me at the Mythic Championship. I was happy with two copies of the card and in the future I might consider playing a third copy. 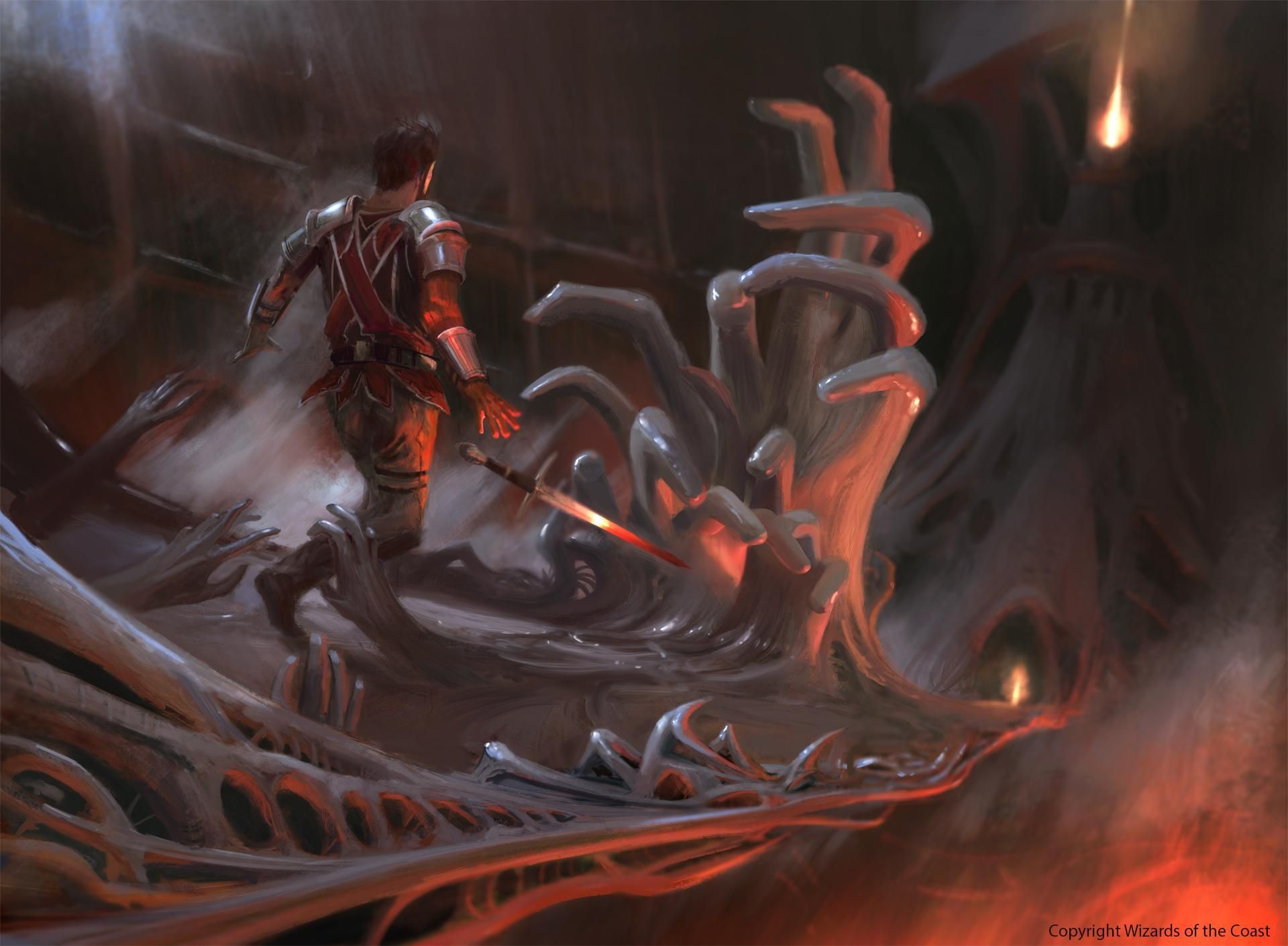 I loved playing the second copy of Ensnaring Bridge and I wouldn't want to play with just one. The second copy means you draw into it more often, and it's nice in case your opponent can remove the first, or if you dump the first one with a Goblin Engineer and it dies. It's the best card in so many matchups. I've always liked playing more Bridges than other people do. In Lantern Control, I always played four copies when other lists played three, and here I see myself playing an extra copy as well. The card is fundamentally broken and I lean toward always playing more copies of those kinds of effects.

I noticed that everyone played 20 lands except for me, on 19. This deck both struggles with flooding out and with getting mana screwed. With more cantrips like Chromatic Stars and Ichor Wellsprings in the deck, along with a generally lower curve, I believe I can get away with one less land. However, in general I think it is better to hit lands and sometimes flood out with Urza in the deck than to miss them and not be able to cast spells, so I lean toward 20 likely being more correct.

Inventors' Fair is insane and well worth the slot. I couldn't imagine cutting it, and for adding a 20th land, I think a second Inventors' Fair is a consideration, although I could also see Gemstone Caverns (which some people played) being a nice miser's choice as well. I tried Academy Ruins and it never seemed to be as good as I wanted it to be. Part of me wonders if Desolate Lighthouse is madness or just what the doctor ordered. It was once great in Splinter Twin and could certainly be flood protection here.

I wish I had better ideas on how to change or improve the list beyond finding room for a second Sword of the Meek and giving Teferi another shot. The truth of the matter is that I will need to try out all the different versions of the deck that the Mythic Championship gave us before knowing what ideas are worth exploring further and what ideas are duds, and that will take time.

In the meantime, though, I will provide a proposed sideboard guide for my above list against the top ten decks in the field.

Aria of Flame is their best card. Beating that is imperative. Cards like Sai, Master Thopterist get worse because of Thing in the Ice // Awoken Horror.

Trimming on Chromatic Star and Goblin Engineer is a hedge against Rest in Peace.

The delayed card from Mishra's Bauble is annoying in the mirror, since both speed and interaction are important and it delays both. Bring in both Wear // Tear if they Leyline of the Void you.