Yu-Gi-Oh! has seen a new type of Monster Card debut every three years ever since Synchros were introduced in 2008, but 2020 apparently marks the end of that cycle. The OCG's next Booster Pack series begins with Rise of the Duelist; it launched last week and at first glance it's not the game changer that sets like The Duelist Genesis or Code of the Duelist were. There's no new mechanic showcased, and we didn't get an updated Starter Deck as we did with the last four new-series releases.

Since the reveal of Link Monsters in 2017 we've been asking a simple question: how will Konami one-up themselves in 2020? Apparently we'll have to wait a bit longer to answer that question, and I honestly don't mind. I think the pace of introducing new mechanics to the game was probably unsustainable in the long term. A major new mechanic every three years adds up quickly, and there are plenty of downsides to rushing out new kinds of monsters. The April 2020 rule changes were an explicit answer to feedback created by the Link mechanic, and Pendulums were reworked in Master Rule 4 to eliminate the standalone Pendulum Zones. Some of these mechanics could have used a bit more time in the oven before they were served up to the OCG.

The lack of a new mechanic for this era of Yu-Gi-Oh! isn't a huge surprise, but it does have some interesting benefits. This week we'll discuss some of the pros of Konami's decision to not introduce a new kind of monster card, and where they can go from here in two or three years.

Extra Deck Mechanics Are Finally In A Good Place
Two things happened at the same time in 2017: the Pendulum mechanic was reworked in a way that significantly reduced its potential to generate big card advantage with a small investment, and Link Summoning was introduced. The meme – and sometimes reality – of "Pendulum Summon five" became virtually impossible under the revised rules, and it fairly addressed a concern that many had voiced: that the Pendulum mechanic enabled a steady stream of seemingly free card advantage. The bursts of power you'd see in Pendulum decks lived up to their namesake, and it was incredibly easy to swing the duel in your favor with a mass unimpeded Pendulum Summon.

The 'fix' for Pendulums meant breaking the entire 'Summon from the Extra Deck' aspect of Pendulum Monsters. Yes, other Extra Deck card types were affected by the Extra Monster Zone and the rulings for Links, but only Pendulums lost the capacity to Summon multiple monsters from the Extra Deck simultaneously without leveraging Links. Pendulum Magicians ended up being fantastic early into the Link era largely because Heavymetalfoes Elecrumite was insane, and post-April 2020 I think Pendulums as a whole are balanced much better. Links were an appropriate response to Pendulums, but the same couldn't be said for Fusions, Synchros, and Xyz.

I'm citing the Pendulum mechanic changes because in 2017 I already knew we'd see some sort of backpedaling or adjustment to Links. The mechanic was simply too oppressive to exist in that state forever, and this year we saw them back off the 'You Must Play Links' approach that's dominated the last three years of releases. The retreat from Links wasn't a question of if, but when, and that answer came this April when Links were bumped off their spot at the top of the Extra Deck food chain. Xyz, Fusion, and Synchro Monsters are finally liberated of the arguably unnecessary Summoning restrictions, and Pendulums understandably remain nerfed for the time being.

Should Links have launched with the current Master Rules? It's clear that players at the time wanted Links to be an optional part of their deck, not a mandatory requirement for their strategy's basic combos. Personally I'd like to see more changes like the April update rather than brand new card types while Konami works on another balance pass with Pendulums that doesn't involve Link Monsters. 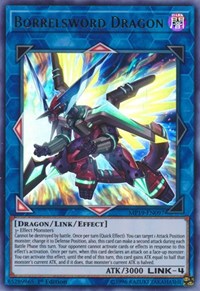 There's No More Room In The Extra Deck
This one's simple: we really can't afford to shove any more cards into the Extra Deck. Maybe the easy fix here is to expand the Extra Deck to twenty cards, but I worry that doing so would put too much versatility in the hands of certain strategies.

Can you imagine Link or Synchro-spam strategies with an extra five cards to pull from? Raising the Extra Deck limit by just a couple of cards would let decks add Predaplant Verte Anaconda and a Fusion Monster to go with it - like the upcoming Red-Eyes Dragoon - without cutting any of their existing line-up. It's more space for Super Polymerization targets, or the Cyber Dragon Fusions like Chimeratech Megafleet Dragon or Chimeratech Fortress Dragon.

The next big card mechanic in this game has to be carefully fit into an ecosystem where some mechanics follow the Extra Monster Zone rule, and some don't. Would a new Extra Deck monster obey Linked Zones like Pendulums, or could it avoid them altogether like Synchros, Fusions and Xyz? Is there even another Summoning condition that would make them worthwhile?

Links have taken the power creep of Extra Deck Summoning to its inevitable conclusion. Rather than fusing specific monsters, pairing Tuners and non-Tuners, or matching Levels, Links are created simply by plugging two monsters together on the field. It's an effortless, easily-met Summoning condition that couldn't be simpler unless you. just start Summoning straight from your hand.

Yu-Gi-Oh's Already Too Complicated
The OCG is getting something new this year beyond the April rule changes, and that's a simpler form of dueling called Rush Duels. It's somewhat similar to Speed Duels in the TCG, and its goal is roughly the same: to deliver a simplified Yu-Gi-Oh! experience with a carefully curated card pool. Rush Duels are trying to solve all sorts of problems, including a nearly unmanageable degree of power creep in Master Duels, and the numerous barriers to entry for new players.

One of those barriers is the challenge of learning how to play Yu-Gi-Oh! in the first place, and not just learning it, but really learning it. I don't mean understanding concepts like card economy or gaining a deep understanding of deck construction – I'm talking about the kinds of skills you need just to complete a single duel.

Imagine explaining a concept like Quick Effects and Trigger Effects to a new player. Your first attempt might go smoothly: Quick Effects can be activated during either player's turn and start a chain, and Trigger Effects occur when specific conditions are met and also start a chain. But you're not done yet, of course, because you still need to outline chains and Spell Speed. That's the easy part – before you know it you're diving into concepts like 'missing the timing', the difference between "when" and "if" in regard to activation conditions, and somewhere between explaining why you can't activate some effects during the Damage Step and detailing 'chain blocking' you've already lost the player you're teaching.

Seriously, you know there's a problem with the game's complexity when you need an official flowchart to explain effect timing.

Rush Duels and Speed Duels aren't a silver bullet for all of the Master Duel problems, but they do eliminate some complexity to make the task of teaching a new player less of a challenge. Teaching players Yu-Gi-Oh! in 2020 comes with a significant amount of baggage, especially when you consider that you'll likely need to explain the Extra Monster Zone and Link Monsters if you're going to tough on any of the Extra Deck mechanics or Pendulums. Where does it end? Adding just two more mechanics in the next six years will bloat the number of monster cards with unique Summoning conditions to eight – and I think that's far too much to ask from new players, returning players, or even active players. 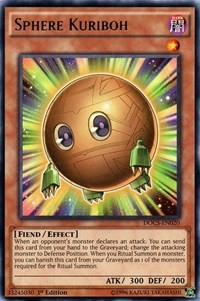 Where Do We Go From Here?
I don't think it's radical to assume that Yu-Gi-Oh! will get a new card type at some point, so what might the future have in store for us? Let's speculate for a bit: does a new kind of Monster Card make sense? From a marketing perspective, yes. It's much easier to sell players on a flashy new monster as opposed to a series of spells and traps, regardless of how much attention some draw spells can garner. Monsters are really cool, and unique monsters with unique Summoning mechanics will almost always be an easier sell. A new kind of spell card that triggers in the graveyard is probably not the kind of thing you're going to run as your flagship mechanic for three years.

That said, Yu-Gi-Oh's due for an overhaul on its spell and trap mechanic. Most decks have adopted massive monster line-ups over the last decade because Extra Deck Summoning has become such a vital part of gameplay. That shouldn't surprise anyone: virtually all of the cool new effects and strategies are centered around leveraging Extra Deck monsters, so of course decks are being built to take full advantage of Link, Fusion, Synchro, Xyz, and Pendulum spam. Even effects that should probably have been attached to actual trap cards, like Hand Traps, are instead attached to monsters. I'm not sure traps still have an identity when the best interruption effects in the game are monsters.

What could a future overhaul of spells and traps look like? For starters I think changing the way traps are played could help them stand out a bit more against hand traps like Ash Blossom & Joyous Spring. Maybe that means creating a unique symbol for traps that can be activated from the hand, but still obey the normal rules of traps cards when set on the field. That means more cards like Evenly Matched and Infinite Impermanence, but with an explicit symbol that indicates they can be activated from the hand. Field centers are another interesting place to look at: a community-created phenomenon that was embraced by Konami with official field centers distributed at events. Could a field center become a type of card on its own?

Last year I tweeted a concept I had for the upcoming rule changes before we knew what was coming: what if Links were nerfed so that each Link would only count as a single material towards a Link 3, 4, or 5? That change didn't happen, but it's the kind of small tweak that Konami might make in the future instead of launching a new mechanic. It might be a while for the next new card type to emerge while Konami works on launching Rush Duels in the OCG, so in the meantime small adjustments will be crucial to continuously improving the balance of Extra Deck cards. Not launching a new mechanic this year gives the R&D team a little breathing room, and maybe by the time the anime returns to Master Duels we'll start hearing about some new type of card coming to the OCG. Honestly, I'm not in a hurry.