We're hopping right into it today. It's Monday, after all. Time to get to work. #RiseAndGrind

It's not quite commonplace yet, but Gifted Aetherborn continues to make a push into Standard black-green decks.

I have no idea what the small spike on Metallic Mimic is a reaction to. It's certainly a strong casual card, but why's it selling well now? Fire off in the comments if you know, or just speculate wildly.

Winding Constrictor's going to be a defining card in Standard the entire time it's legal. What else is there to say?

Since Aether Revolt Standard is currently all about Mardu Vehicles and black-green decks of similar speeds, there's been a trend towards this Temur deck based around Dynavolt Tower:

Lay of the Land isn't an impressive card on its face, but Attune with Aether plays a lot of roles in the context of this deck, essentially serving as the glue that holds it all together. It's strong in all phases of the game, not only allowing the deck to play less total lands but serving as a land in the early game and as a quick four energy cantrip in the late game with a Dynavolt Tower in play. I can't profess to be a fan of past cards with new mechanics stapled onto them, but Attune with Aether is a smart take on Lay of the Land that allows a different type of deck to work that might be lacking in power without it.

If you told me 10 years ago I'd see children in Modern playing with Tarfire over Lightning Bolt I just flat-out wouldn't have believed you.

Dark Intimations is a cheap buy with a potential huge payoff (if you consider a 300% increase on seven cents a huge payoff), and these Amonkhet basic lands lend some credibility to the theory that Nicol Bolas will make an appearance somewhere in the next block: 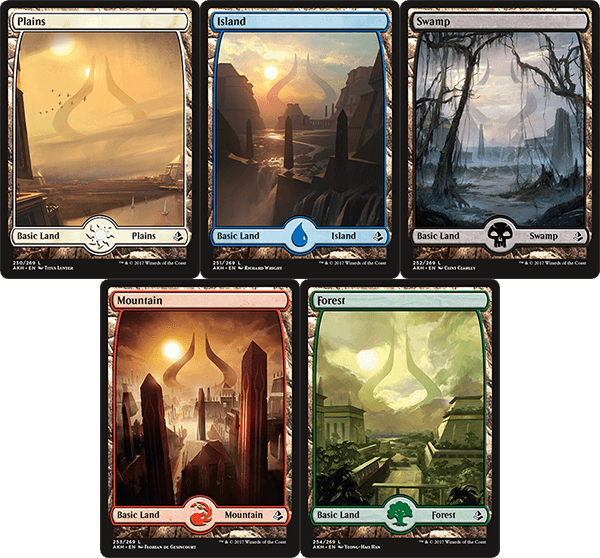 THOSE ARE THE Nicol Bolas HORNS HOLY CRAP IT'S HAPPENING YOU GUYS AAAAAHHHHSDFSDL;GJNFDGLSG

If you were paying attention to last weekend's action, a spike in Walking Ballista sales should've been no surprise.

This is, more or less, the deck that ran roughshod over last weekend's Grand Prix, and should be the accepted version of Mardu Vehicles going forward. Walking Ballista plus Archangel Avacyn is some next-level nonsense. I can't wait to play with this deck.

Traverse is still enjoying a spike from the Modern Death's Shadow deck, but it's still a strong choice in Standard. Traverse the Ulvenwald looks especially sexy in a deck sporting Noxious Gearhulk, FYI.

YAWN. It's a good card and it'll be good forever. It'll probably stay in the top five sellers until the release of Amonkhet. What I'm more interested to see is if Fatal Push can keep selling steadily into the release of Amonkhet and beyond. My suspicion is that it will; Fatal Push achieved staple status in Standard and Modern in record time and is just too good to go anywhere. I've never ever been wrong before, so take that advice to the bank.