We're back! And today we're breaking down one of the most exciting pieces of news for the Yu-Gi-Oh TCG in all of 2021: the rules update posted by Konami is huge for duelists everywhere.

If you've been playing competitively over the course of the pandemic, you've probably been using the updated rules for several months already; they were commonplace in Remote Duel tournaments. But if you took a hiatus during the 2020-2021 Remote Duel-only format, you might not be familiar with the changes, and it might be tough to imagine what the new rules actually mean. I'm here to break them down so you can figure out how they'll affect you, and the cards you play.

Translation: Non-Link monsters can be summoned from the Extra Deck to Main Monster Zones!

I don't know about you, but I was bummed when Master Rule 4 arrived back in the Summer of 2017, and we had to start summoning Extra Deck Monsters to the Extra Monster Zones (EMZ), unless a Link Monster was there to point to just the right place. Dozens of strategies became legitimately unplayable for a long time, due to the Link era limitations of the EMZ. Decks like D/D/D, Synchro strategies, various Xyz decks, and Fusion builds had to play really awkwardly to account for the new rules, and most just weren't worth playing. This was changed in the OCG back in April of 2020, and the changes were adopted for Remote Duels in the TCG. But the official TCG rules hadn't actually been adjusted until now.

Now you can run all kinds of fun decks without those rules holding you back. Take the Synchron deck from Dawn of Majesty? It would be utterly ruined under Master Rule 4. But now, you can end on silly fields with Majestic Shooting Star Dragon, Cosmic Blazar Dragon, and a bunch of other goodies.

That's not to say you can't use the EMZ in those decks. In fact, you now have six monster zones to work with! How many times have you wanted an extra zone? I can't even count that high. Thankfully, you can now use and abuse all six zones to your heart's content.

If a monster's Trigger Effect meets its activation conditions, BUT hasn't yet had a chance to actually activate yet (because it's still in the middle of a chain or card effect, for example) and is therefore being "saved for later", BUT its location* changes between the time its Trigger Effect activation is met, and the time it actually has a chance to activate, its effect does not activate. [*On the field, in the Graveyard, in the hand, banished, or in the Deck.]

Translation: If a monster's Trigger Effect meets its activation conditions, but that monster moves location before its effect can officially activate, it will not activate, and the effect will basically disappear.

This is a real mouthful, and probably the most confusing change of the bunch. Let me explain with a practical example.

Let's say you're playing Sky Strikers and you have Sky Striker Mobilize – Engage! in your graveyard.

Now that the first chain is resolved, you'd like to claim that Kagari effect by activating it to start a new chain… BUT with the rules update, you won't get the chance, because Kagari was moved off the field before that could happen. The effect just disappears.

If you're a North American player, you may be familiar with this concept already, as it's been colloquially referred to as the "Atlantean ruling" for 10 years now. It only started becoming more common when the Atlantean Mermail deck became popular. However, this ruling was disputed and ruled differently in different regions.

If you played in a European territory, you'd still get to trigger the Kagari's effect, same with OCG territories in Asia. With this update, all territories will follow the same logic. That means players finally have a definite answer, and the rulings for these sorts of cards are universally understood, instead of having region-locked examples. 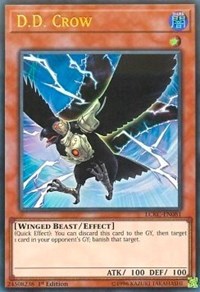 For clarity, it's just as important to highlight what this change doesn't do. If you tried to chain say… D.D. Crow to the effect of Cyber Angel Benten, once Benten's effect is already activated? Well bad news, you've wasted a D.D. Crow and your opponent might wonder if you're actually awake. In that case, Benten's ability will still resolve because its effect was already activated.

It's the same thing if you activate Ash Blossom & Joyous Spring and your opponent chains to D.D. Crow it out of the graveyard. Since the fearless forehead already activated, the Crow will move it from one location to another, but its effect will still resolve. The thing to remember is: if you move the monster with the effect before it can trigger, it will no longer be able to do so. If you try and chain to the effect itself, it can still resolve as normal.

The restriction of "you cannot Normal or Special Summon the turn you activate this card" only refers to monsters that were successfully summoned. Same for "you can only Special Summon X once per turn" restrictions.

This one's pretty straightforward, and it's one of those lines of logic that has made players scratch their heads for the longest time, wondering why it didn't work the way it does now. Basically, if the summon of a card is negated, or the activation­ of a card is negated, you're not considered to have summoned the monster or activated the effect. Which makes sense! 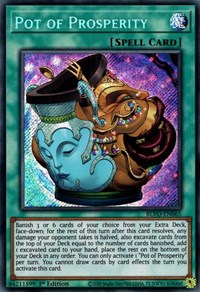 If you activate Pot of Prosperity and for some reason your opponent's a monster and uses Solemn Judgement on it, you can just activate another one, and give them a look of absolute glee as they realize they've made a terrible life choice.

One important thing to note: Activating a card and "using" a card are distinctly different. If a card states you can only use it once per turn, even if the activation is negated, you can't attempt to do so again. It's been used. It's no good, like some of those leftovers from Thanksgiving that some of you still have in the fridge.

I see you; I know you know. Throw them away. You aren't going to eat them.

Translation: Eldlich is even better than before!

Fantastic news for all of you Eldlich fans! You can summon your trap monsters and then set cards to the zones they occupied when they were face-down.

Previously you couldn't do that, because trap monsters occupied both a monster zone and a spell and trap zone. That was a major let down for everyone, because you'd often run into a situation where you'd have cards you'd like to set, but simply didn't have room on the field for. Now you can! 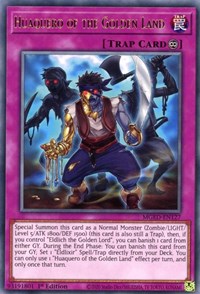 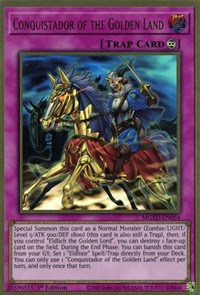 Of course, when a trap monster's in a monster zone it's still considered a trap card: that means it can be affected by cards that impact traps.

Say your opponent has a bunch of Golden Lands, and some face down cards to go with them. You activate a crisp Lightning Storm (Collector's Rare) and decide to destroy spells and traps. In that case, it's 'goodbye' to the Golden Lands and 'hello,' open field. That's a simple example, but it really shows you how big this change can be for the right deck.

Page 51 of the rulebook, under "Leaves the Field": "When a monster on the field is shuffled into the Main Deck, or becomes an Xyz Material, it is no longer a card on the field, however its effects that activate when it "leaves the field" will not activate." "Main Deck" should be "Deck" (and therefore also includes the Extra Deck).

Finally, this one's great for breaking hearts. If your Elemental HERO Absolute Zero is returned to the Extra Deck by Raiza the Mega Monarch? It won't get to activate. The gamestate won't recognize that the specific monster has left the field. Same with Reborn Tengu. If it's returned to the deck by that same Raiza the Mega Monarch? No dice. And if it's put under a Rank 4 as an Xyz Material, you're of luck, bucko.

The best way to think about this and rationalize it, is that the gamestate can only "recognize" that a given card left the field if it's in a public zone. If it's placed into the deck? The game doesn't know what it is, it just recognizes that it's a card, in the deck, with no identity beyond that.

Hopefully this simplifies these changes for you all, and you enjoy getting to use these in your upcoming duels! Let me know which of these changes are your favorite over on Twitter, and why. Personally, I love the Extra Monster Zone change, as getting to use all my funny decks in their full power is the best.

Until next time, play on!