Cheating has been a frequent source of Yu-Gi-Oh drama over the years. Scandalous cheating stories are a big part of why I often quip that the playerbase's narrative is more intense than that of the actual anime. I've seen legitimate players get falsely accused of cheating while cheaters have gone undetected.

As humans, we're natural gossips. Whether true or not, when a rumor starts about a player cheating, it has the potential to spread like wildfire. It's important that you develop an accurate sense for detecting cheating so that you minimize both false positives and false negatives. Otherwise, you risk hurting the reputation of clean players while missing the genuine cheating that takes place.

Cheating Is Defined By Intent

Let's first define cheating. The layman definition of cheating includes both acts of deceit as well as violations of regulations. The definition we use in competition incorporates both because neither definition is sufficient on its own.

There are many deceitful tactics that are not only legal, but even celebrated in competition. In basketball, you might fake a shot before dribbling forward in order to misdirect the opponent. In Yu-Gi-Oh, you might ask an innocent-seeming question to trick your opponent into misjudging your next move. And in poker, deceit is an essential component of gameplay. Therefore, dishonesty alone is not an adequate definition for cheating in the context of competition.

On the other hand, neither is the violation of rules and regulations an adequate definition. Yu-Gi-Oh has the most complex ruleset of any game that I've ever played. Consequently, every player inevitably violates the rules. This distinction is therefore needed: cheating takes place when a player deceitfully violates the rules. The defining characteristic of cheating that sets it apart from simply breaking rules is that it's done with intent, moreover, the intent to gain advantage. 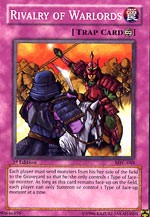 The Most Common Form of Cheating Involves Mechanics

You may have heard some crazy stories of outlandish, Oceans Eleven-esque shenanigans all done in the name of gaining advantage. Perhaps you've watched an anti-stacking tutorial or two to prepare yourself for cheaters. However, the most common and therefore most important form of cheating to be aware of is simply using cards in a way that violates the rules.

And boy, does Yu-Gi-Oh have a ton of rules. What's worse, they're spread out across several mediums

And to top it all off, there are specific rulings that aren't (yet) consistent with the existing rules in the game that we label BKSS (Because Konami Said So). Combine all of that with the fact that there are thousands of cards and the limited brain power of humans, and you end up with rule violations that are just waiting to happen. 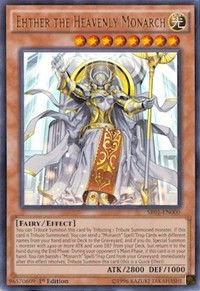 Given how many layers there are to the complexity of Yu-Gi-Oh, it'd be both lazy and harmful if people threw out accusations any time they saw an illegal action take place. Some of the most common ways in which players break the rules are actually simple rulebook-level or "just do what the card says" mistakes. This includes things like attempting an extra Normal Summon, skipping over a mandatory effect (like not adding a banished card searched by Gold Sarcophagus to hand), or disregarding a restriction you're currently under (like drawing while Reckless Greed is in effect). All three of these illegal blunders are mistakes I've committed.

Intent is something a person conceals in their own thoughts, so given the current technology and our current understanding of human psychology, you can never deduce with 100% certainty whether an illegal action was intentional or unintentional. However, you can use inductive reasoning to get it right with very high accuracy based on observable patterns and logical truths. Here are some questions to guide your evaluation of intent:

1. What's the player's reputation in the community?

While it's certainly possible for a clean player to later become a cheater or for a cheater to reform, the reality is that we seldom see either (when we do, it's typically the latter). Therefore, if a player makes an illegal play but has been known for a long time in the community as someone who doesn't cheat, you should be careful to not make unfounded accusations.

2. Does the player mess up in ways that both help and hurt?

Cheaters cheat to get ahead, so it doesn't make sense if their cheats hurt their gamestate in overt ways. By virtue of being his business partner and close friend, I've watched Patrick Hoban play a lot of Yu-Gi-Oh. When you're one of the biggest names in an industry, some subset of people will seek to discredit you. That's true of famous people in every field. I've heard stories of Patrick making illegal moves, but on more than one occasion, I've seen them not work out in his favor.

An example that sticks out in my memory is seeing him use Ehther the Heavenly Monarch in such a way that the Kuraz the Light Monarch it summons misses the timing. Over time, I noticed that while he was a genius deckbuilder, Patrick wasn't particularly gifted at card mechanics knowledge. And that leads to the next item. 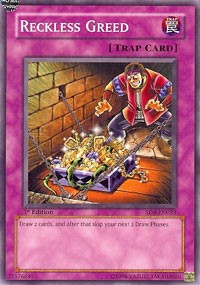 If a player commits an error, is that error consistent with the kind of blunders players of their skill level make? Skill level here takes into consideration more than the player's career achievements, but also how familiar they are with the particular interaction going on. In Patrick's case, he didn't have much experience with Monarchs compared to other decks he'd worked on over the years. It was also important to take into account that Patrick never showed a particularly top tier interest in studying game mechanics; oftentimes, he'd trust his opponents to tell him the effects of unfamiliar cards instead of actually reading the cards himself. (Funny side note, he was legally blind when he won his eight championships and didn't bother to get glasses until the end of his career.)

4. Can a habit explain the illegal move?

In the case where I drew for turn under Reckless Greed, I did so because I'm so used to drawing a card when my opponent ends their turn that I reflexively repeated the same action I had repeated thousands of time throughout my dueling career. Many of the unintentional illegal moves that players make are out of force of habit. They've seen a situation so many times that when a less common restriction is placed on that situation, they fail to adjust gameplay accordingly.

5. Is there a lot of information?

If a turn has been particularly long, and especially if there are many other cards that have been played and/or are in effect, then the likelihood of forgetful mistakes increases. The complexity of the situation should factor into our assessment of intent. Here's an example that involves both complexity and habit.

What's more likely, that the opponent is trying to cheat, or that the unusual event of three chains taking place in the damage step, combined with a habit of flipping up a trap when it's targeted for destruction, has led them to forget that they were in the damage step? Without knowing anything else about the player or their gameplay, I wouldn't be inclined to see this as intentional.

6. What precedents have been established?

There are so many events that take place in a competitive game of Yu-Gi-Oh that players frequently establish shortcuts in their play and speech. Skipping phase declarations, not asking for a response when there evidently isn't one, delaying the shuffle process to minimize interruptions, and making nonverbal plays are all common.

When judges evaluate a call that involves miscommunication, they take into account any precedents that have been established in a game or match. For instance, a player who never clarified Draw Phase during a duel is going to have a hard time making a case that their opponent intentionally skipped the Draw Phase when they wanted to activate something. 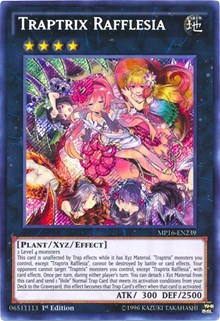 One component of cheating that I've frequently seen players get wrong is rule-sharking. Konami defines rule-sharking as using the rules to attempt to gain an advantage. At the time of this writing, official sources don't go in depth as to how this is distinct from normal cheating and from simply enforcing the rules, which has led to the term's frequent misuse.

A player who rule-sharks isn't merely trying to enforce adherence to the rules, but is specifically manipulating strict adherence to rules such that it gains an advantage external to the advantage generated through normal gameplay and the effects resulting from cards being used. An example is insisting that the passage of time indicates that the opponent has passed priority. What makes this tricky is that sometimes waiting really does mean "no response," so precedent and context is important here.

A common rule of thumb is that if information hasn't changed, players should go back. You can't insist, for instance, that there's no damage step simply because you attacked and I didn't ask for the damage step. You can usually spot a rule-shark by the way that they refuse to rewind a step to accommodate an obvious move (provided the player is not changing plays), even though no information has changed.

On the other hand, sometimes you have to enforce rules to maintain the integrity of the game and prevent rule-sharking. For example, if a player is resolving a search effect and shows you a card they've chosen, but then quickly puts it back into the deck to look for another card, you have the right to enforce that they take the card originally searched, and you would not be a rule-shark for doing so. If your opponent placed monsters on the field into the graveyard to declare a Synchro Summon and then decides against the summon and places those monsters back onto the field, then they have committed to the summon. Enforcing it would not be rule-sharking. Counting 39 cards in the opponent's deck at the start of a game and calling a judge instead of asking that they simply add the 40th card from wherever they can find it is not rule-sharking.

Even though the opponent's missteps were minor in these scenarios, they made a concrete action, and if they were allowed takebacks on such actions, they could make all sorts of "false start" plays just to test your reaction to garner free information. Or in the case of the missing card, outright cheat.

Enforcing correct gameplay, even when it's advantageous, is not rule-sharking if it cuts off an action that can itself be used to cheat. Enforcing gameplay when it's advantageous is rule-sharking when the advantage is generated through leveraging Organized Play policies to suppress normal gameplay actions. Although it's not true in all circumstances, you'll find that in many cases, the distinction is that rule-sharking involves mechanics that an automated duel simulator wouldn't allow, while legitimately enforcing rules (even if strictly) involves mechanics baked into automated duel simulators.

Don't cry "rule-shark" simply because you weren't allowed to take back a move that you changed your mind on, even if that change was immediate.

Finally, here's an example of how to carefully analyze possible cheating. The individual instances by themselves could have been explained away by the factors discussed, but taken as a whole, they paint a clearer picture and offer a more definitive conclusion. When evaluating whether an illegal action is cheating or not, err on the side of caution and take context into consideration. Even if it's unintentional, don't be hesitant to call a judge!