A few weeks ago I went down a rabbit hole investigating the very first Yu-Gi-Oh video game in North America: Yu-Gi-Oh! Forbidden Memories.

It wasn't the first Yu-Gi-Oh game ever, but the previous three games never made their way to America. Forbidden Memories was the first Yu-Gi-Oh video game localed for players outside of Japan, following a Playstation release and two Game Boy Color games in 1998 and 1999. Forbidden Memories debuted in 2002 in America and Europe for the Sony Playstation, and it was followed up by Yu-Gi-Oh! Dark Duel Stories for the Game Boy Color almost immediately after. 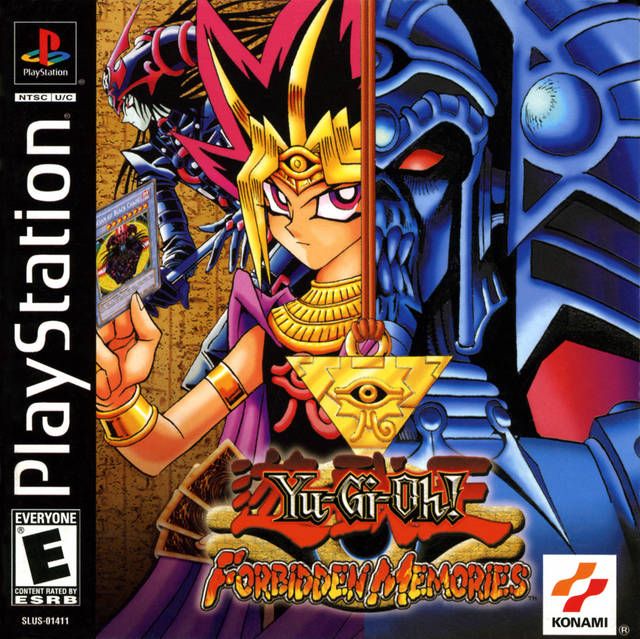 There have been dozens of Yu-Gi-Oh video games since Forbidden Memories, but for many players it was their first experience actually playing Yu-Gi-Oh against an opponent. I personally developed my dueling skills playing video games likeYu-Gi-Oh! The Sacred Cards and Yu-Gi-Oh! Nightmare Troubadour long before I had a chance to play against actual human opponents. These games were instrumental in keeping me interested in Yu-Gi-Oh after so many of my friends put down their cards forever. The Yu-Gi-Oh hype at my school died off just as Pokemon had before it, and for some time, video game duels were the only opportunity I had to play Yu-Gi-Oh.

Like me, I think other duelists have fond memories of those early Yu-Gi-Oh video games. In fact, I know that's the case. I asked the Yu-Gi-Oh twitterverse for input and they didn't disappoint. We'll come back around to that topic a bit later, but it's clear that the community has both fond and possibly confusing memories about this game. Personally I can only vaguely remember watching a friend play Forbidden Memories on his Playstation, so I knew I needed to play it for myself.

Granted, playing any game more than eighteen years after its launch is asking for trouble: Forbidden Memories hasn't aged well. That said, it's one of the most interesting Yu-Gi-Oh video games in the series' history, and it's probably one of the most befuddling too. 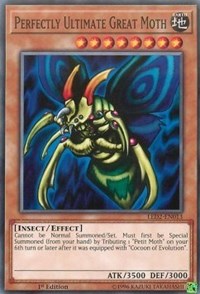 Yu-Gi-Oh video games come in two flavors: duel simulators like Yu-Gi-Oh! Legacy of the Duelist: Link Evolution that follow the real life TCG's Master Rules, and games like Yu-Gi-Oh! Duel Links that use their own set of rules instead. The simulator games are useful for players who want to experience Advanced Format play in a digital setting, while Duel Links offers a simplified version of the physical game that's perfect for mobile devices.

It's worth having both options available for players, but it wasn't always that way. In the early 2000's there weren't many video games that accurately simulated cardboard Yu-Gi-Oh – in fact, most releases invented their own rules and mechanics.

There's probably a parallel between the carefree approach to consistent rules seen in the original anime, and the weird-yet-inventive mechanics found in games like Forbidden Memories. Let's start with the obvious: there's no tribute summoning. I found this out the hard way in the game's very first duel–which you're intended to lose–when my Ameba was utterly crushed by a Perfectly Ultimate Great Moth.

The lack of tribute summoning means that ATK is really all that matters in Forbidden Memories. Effect monsters are also missing from the game, which makes every monster simply a container for ATK, DEF, and two more attributes that distinguish them from other cards. Monsters have one 'type' that's effectively a mix of attributes and types in Master Dueling, but there's an additional 'Guardian Star' field that doesn't exist in any other video game, nor the physical game. 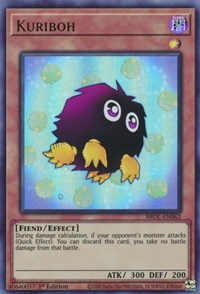 The Guardian Star system is like a big game of Rock, Paper, Scissors that rewards you for countering your opponent's monsters with properly-typed cards of your own. Monsters have two Guardian Star alignments listed on them, and when summoned you'll have the choice to pick which one that monster will have on the field. For example, Kuriboh can have either 'Mercury' or 'Saturn' alignment depending on your choice when it's summoned. If you choose Mercury, then Kuriboh will gain 500 ATK if it attacks a monster with 'Sun' alignment; but if Kuriboh attacks a monster with 'Venus' alignment, the opposing monster will instead gain 500 ATK.

The Guardian Star system adds some level of strategy to the game by letting you tailor your monster line-up to beat a specific opponent, but it's not nearly as important as the game's Fusion system. Fusion Summons don't require Polymerization in Forbidden Memories, and you can use monsters from both your hand and field to make Fusions. Weirdly, you're not actually summoning a Fusion Monster here. Instead, you're summoning yet another Normal Monster based on an extremely convoluted system that outputs monsters based on the ATK and type of the materials.

If you somehow found yourself playing Forbidden Memories today I'd tell you to pull up a guide to reference player-made lists of compatible Fusion materials. However, in 2002 the idea of finding a guide on the internet was only just beginning to take hold. Instead, players sometimes used the pen and paper approach to figure out the optimal Fusion Summoning combos. I'd have been tempted to do the same if I didn't already have access to a lengthy list of worthwhile Fusions and their material requirements.

Some of the fusion requirements are incredibly convoluted and unintuitive. Fusing a Pyro and a Plant for Firegrass makes some sense, I suppose, but Queen of Autumn Leaves requires a Plant and a 'female' card.

And no, the cards don't list whether they're male or female anywhere on them. Good luck with that part.

A Roadmap For Things To Come

Forbidden Memories does its own custom origin story for the original anime characters, but it hits all the usual story beats you'd expect. A Pharaoh in Ancient Egypt is sealed away in a puzzle which is finally solved by a young duelist named Yugi Moto.

Forbidden Memories intends for you to lose your first duel before throwing you immediately into a tournament in which you absolutely must win every game. Losing gives you a Game Over screen, throws you back to the title, and effectively erases your progress from your last save. You'll earn cards over time by defeating opponents, but at the start of the game your options are extremely limited.

Everything about Forbidden Memories is a nostalgia trip for the late-90s era of gaming. The music's seemingly plucked from a near-endless vault of Konami background tunes, the story is a complete wash that's somehow less interesting than the anime it's based on, and the gameplay elements aren't explained in the slightest. It's no surprise that Forbidden Memories wasn't well received when it launched, and the passage of time hasn't done it any favors.

Playing through this game in 2020 is a slog, and I'll be honest: I didn't make it very far.

But games like Forbidden Memories set the stage for the games that came after. Yu-Gi-Oh! World Championship Tournament 2004 has AI opponents that were basically cheating, but it did follow the TCG rules and acted as a reasonable dueling simulator. Yu-Gi-Oh! Nightmare Troubadour, the first entry on the Nintendo DS, had a roughly similar storytelling approach. Not only did the music not change much game to game, but so many of the icons and layouts from Forbidden Memories continued to appear all the way through some of the late 2000-era Yu-Gi-Oh games.

When I asked the Yu-Gi-Oh twitter community for their input on Forbidden Memories I didn't expect to get such a big response. I think the game helped form a lot of player's first impressions about Yu-Gi-Oh, and those who stuck with the game seem to remember it fondly despite its weirdness.

The other big takeaway from the twitter discussion was that the game's difficulty was dialed up to an extreme, something I ran into immediately with the game's first duel against Rex Raptor. While my opponent was chaining Fusions each turn I was still struggling to figure out how to use Skull Servant and Basic Insect to defeat monsters with more than 500 ATK.

As it turns out I wasn't playing the game correctly to begin with. Fusions are the name of the game in Forbidden Memories and you'll absolutely need to use them to make progress.

Today, there's actually an active speedrunning community revolving around Forbidden Memories! This wonderful video of a runner being hit by Exodia after nearly fourteen hours of play graced my eyes while I was researching the game, and that's not even the first time it's happened. Speedruns of Forbidden Memories aren't as speedy as other games, and they can go well beyond the thirteen hour mark.

Forbidden Memories is such an interesting beast, with its totally unique game mechanics and a strangely anime-faithful adaptation of Fusion Summoning. There's no practical way to implement Fusions in the way that the original anime uses them, but with digital cards you can at least come close to creating that fantasy. If there's one thing to take away from Forbidden Memories it's the awkward, totally unexplained Fusion system that makes you feel like you're a mad scientist mashing monsters together to hopefully produce something with more ATK.

It's fun the first time you succeed, but take it from me: some memories are best left forbidden.