Sword & Shield—Chilling Reign will release in less than a month on June 18th, 2021. While official previews haven't begun for the new Pokémon TCG set, we already know several cards that will be in the set, and many more cards that could be in it.

Let's start with what we know for sure. Chilling Reign is the sixth set in the Sword & Shield series, and will prominently feature several Pokémon originally discovered in the Crown Tundra DLC of the Sword & Shield video game. It will also contain more support for the Single Strike and Rapid Strike mechanics introduced in the previous Pokémon TCG Set, Sword & Shield Battle Styles.

The Pokémon Company International has confirmed that Chilling Reign will include:

How Do We Know What's in Chilling Reign?

TPCI has confirmed the names of five cards that are likely to be the chase cards of the set. They have not confirmed any other details about these five cards, but we can make some highly educated guesses, thanks to a quirk in the way Pokémon TCG sets are designed.

The Pokémon Company releases different sets in Japan and select East Asian territories than they do in the rest of the world. So while we in the U.S. got Vivid Voltage last year, in Japan, collectors were opening Gyouten no Vorutekkaa (Astonishing Volt Tackle). The Japanese sets are typically smaller, release more frequently, and release earlier than their International counterparts. For example, Vivid Voltage had 203 cards including secret rares, and released on November 13th, 2020. It was mostly based on Gyouten no Vorutekkaa (121 cards, September 18th), though it also included cards from the Japanese set Densetsu no Kodou (94 cards, July 10th).

If you do the math, you see that leaves 12 cards from those two Japanese sets unaccounted for. Sometimes these cards are only available internationally as promos, or they get folded into later sets instead. Occasionally they never make it over the Pacific, like this version of Marnie from Shainiisutaa V (Shiny Star V), which released on November 20th 2020 in Japan: 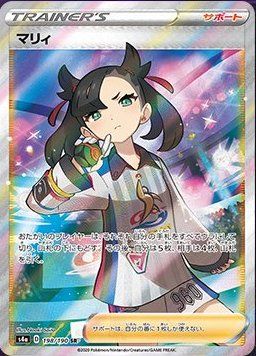 Based on release patterns and the themes of Chilling Reign, the set is expected to draw on these three Japanese sets:

That means more Single Strike and Rapid Strike cards, as well as a whole lot of Calyrex.

What Cards Will Definitely Be in Chilling Reign? 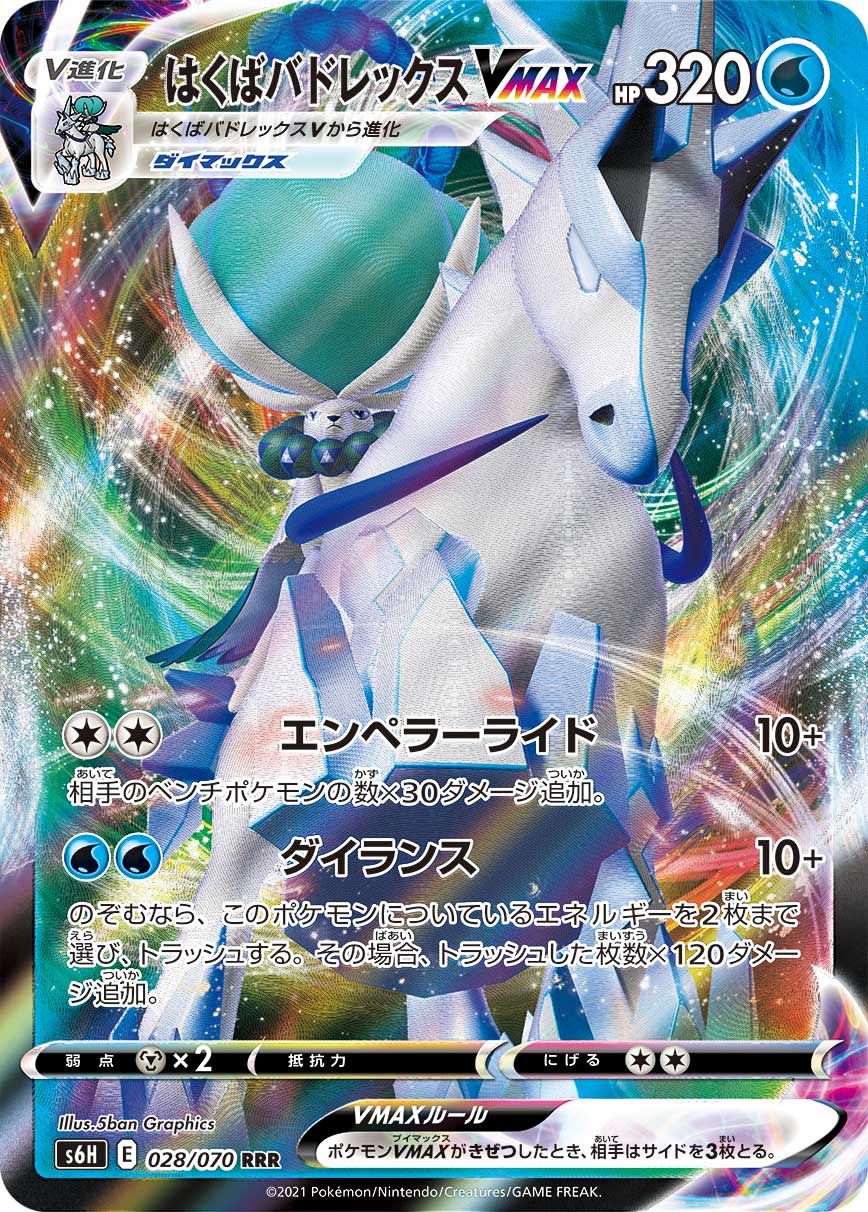 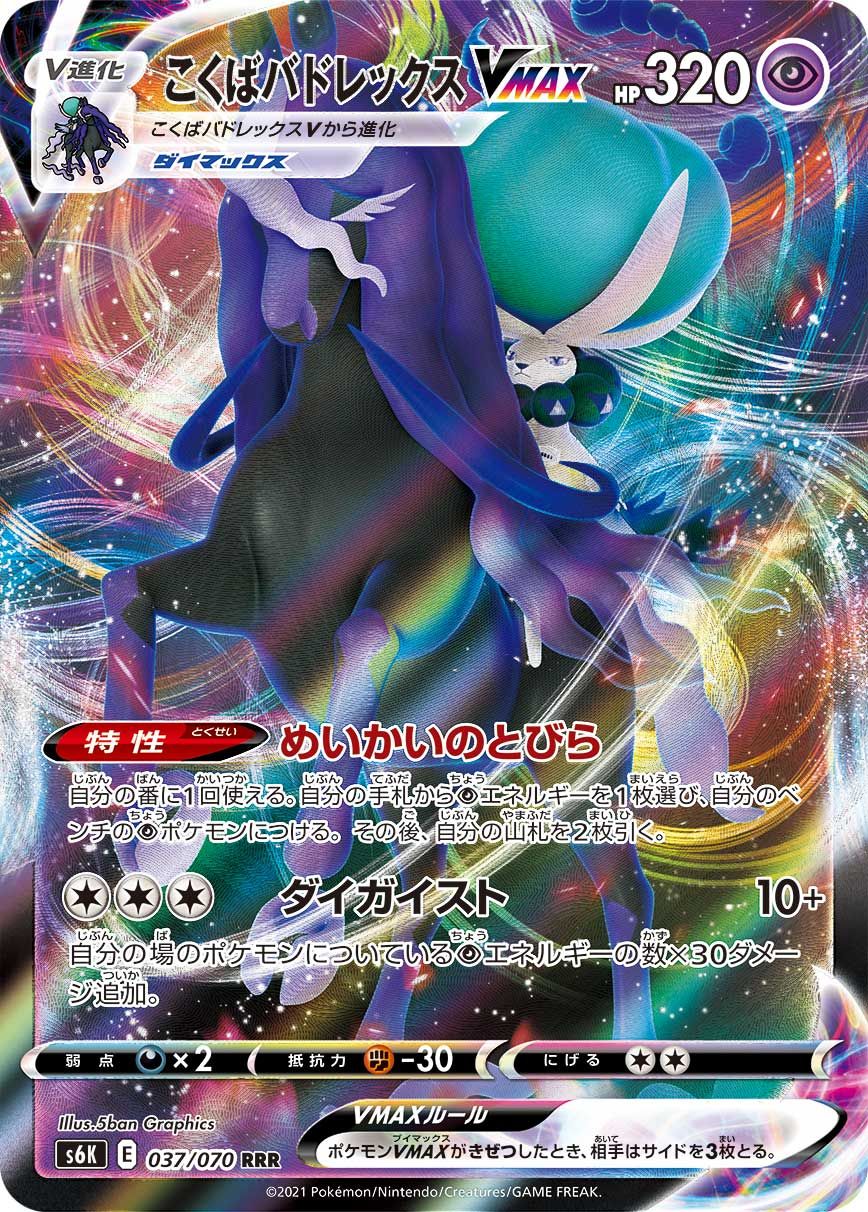 The King Pokémon Calyrex gets even more regal when riding either Glastier or Spectrier! Since VMAX cards evolve from V cards, it's safe to assume we're going to get Ice Rider Calyrex V and Shadow Rider Calyrex V as well. 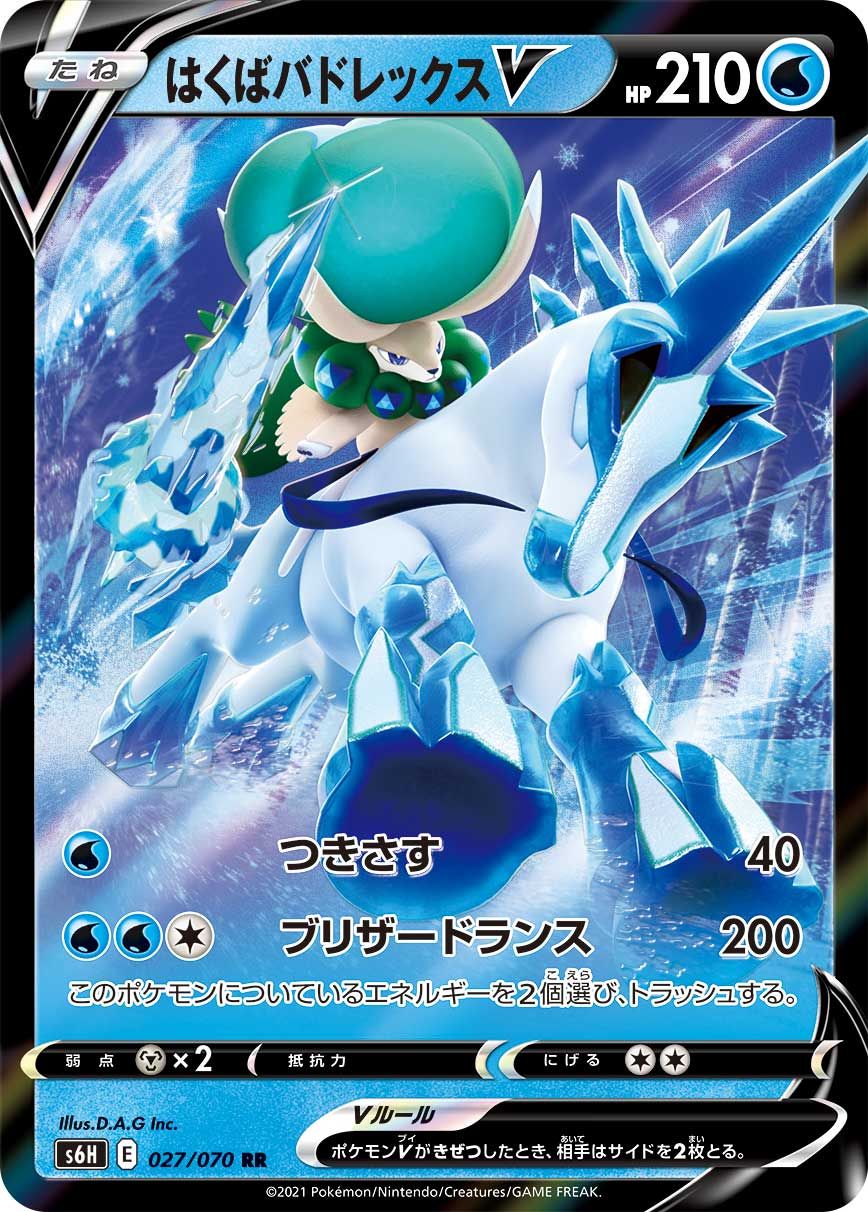 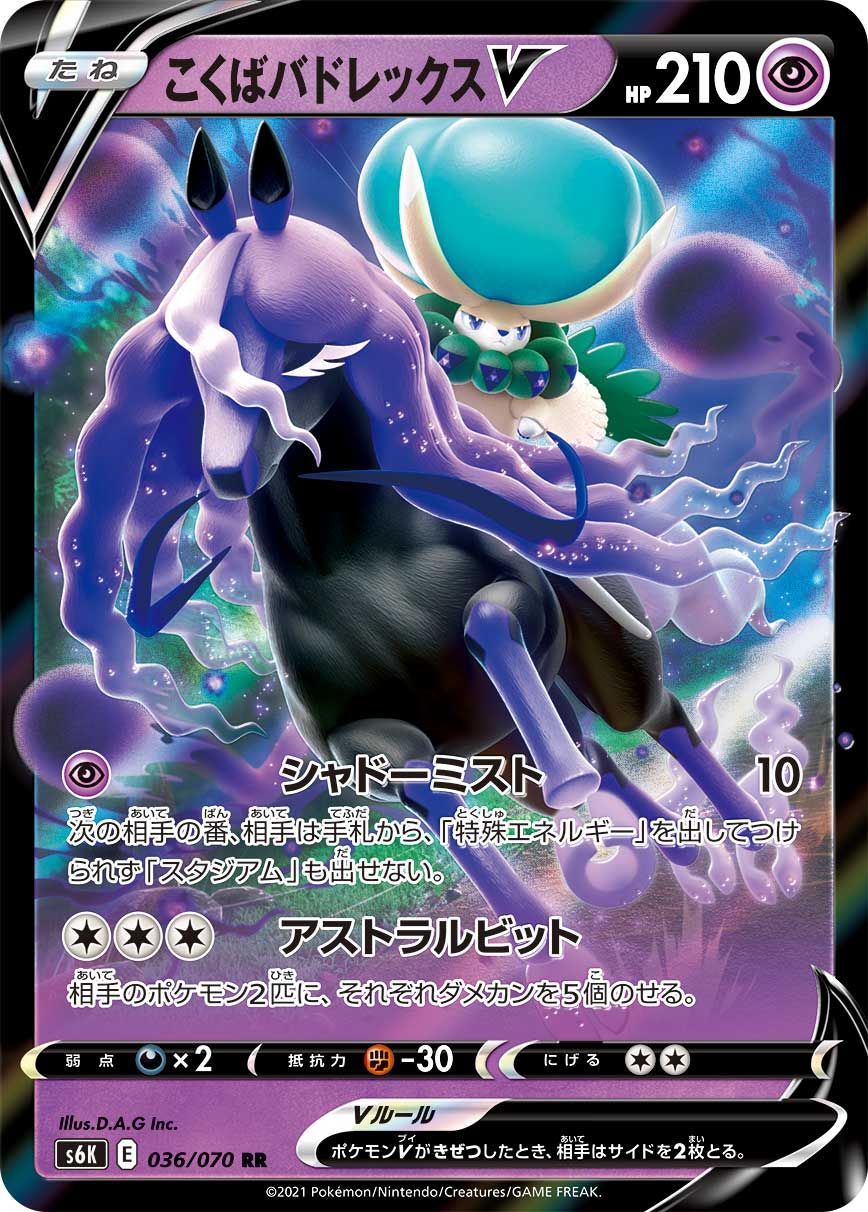 TPCI has also confirmed that Galarian Articuno, Moltres, and Zapdos will be in Chilling Reign. 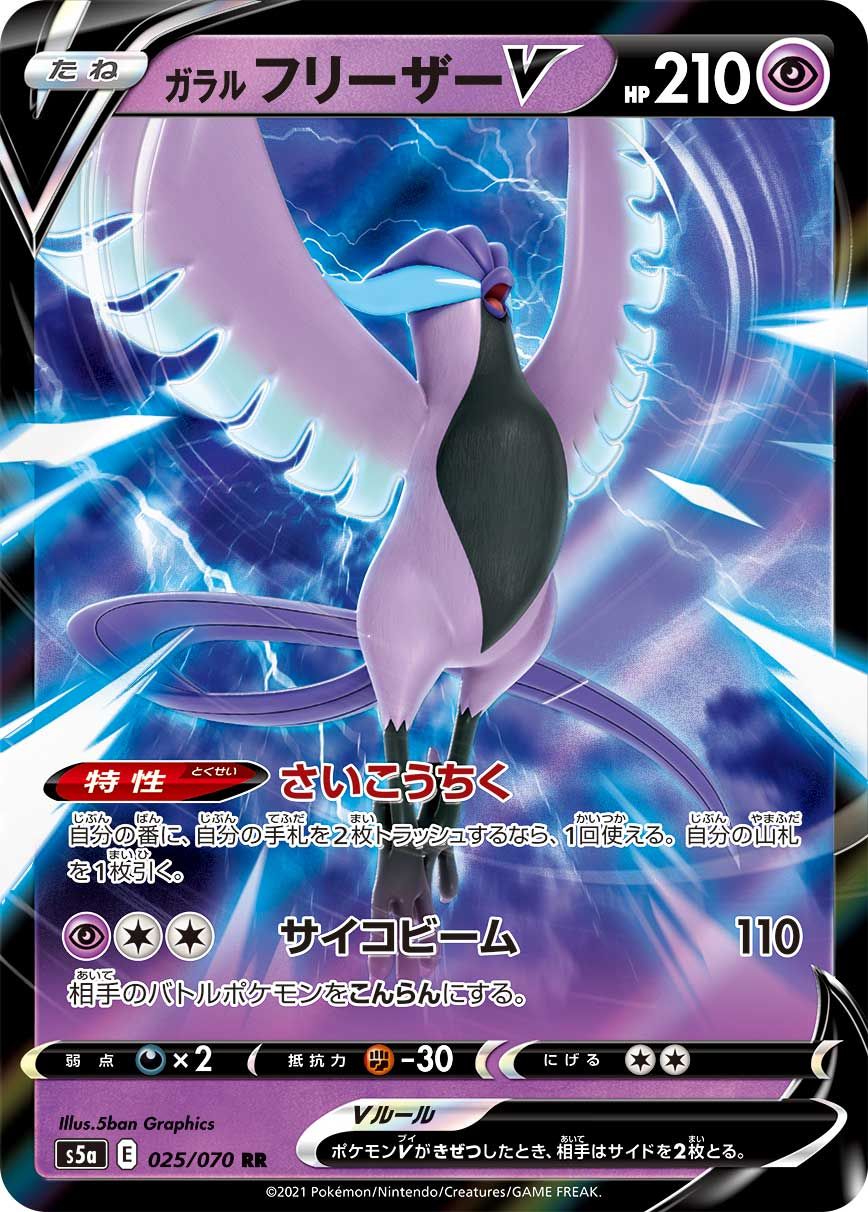 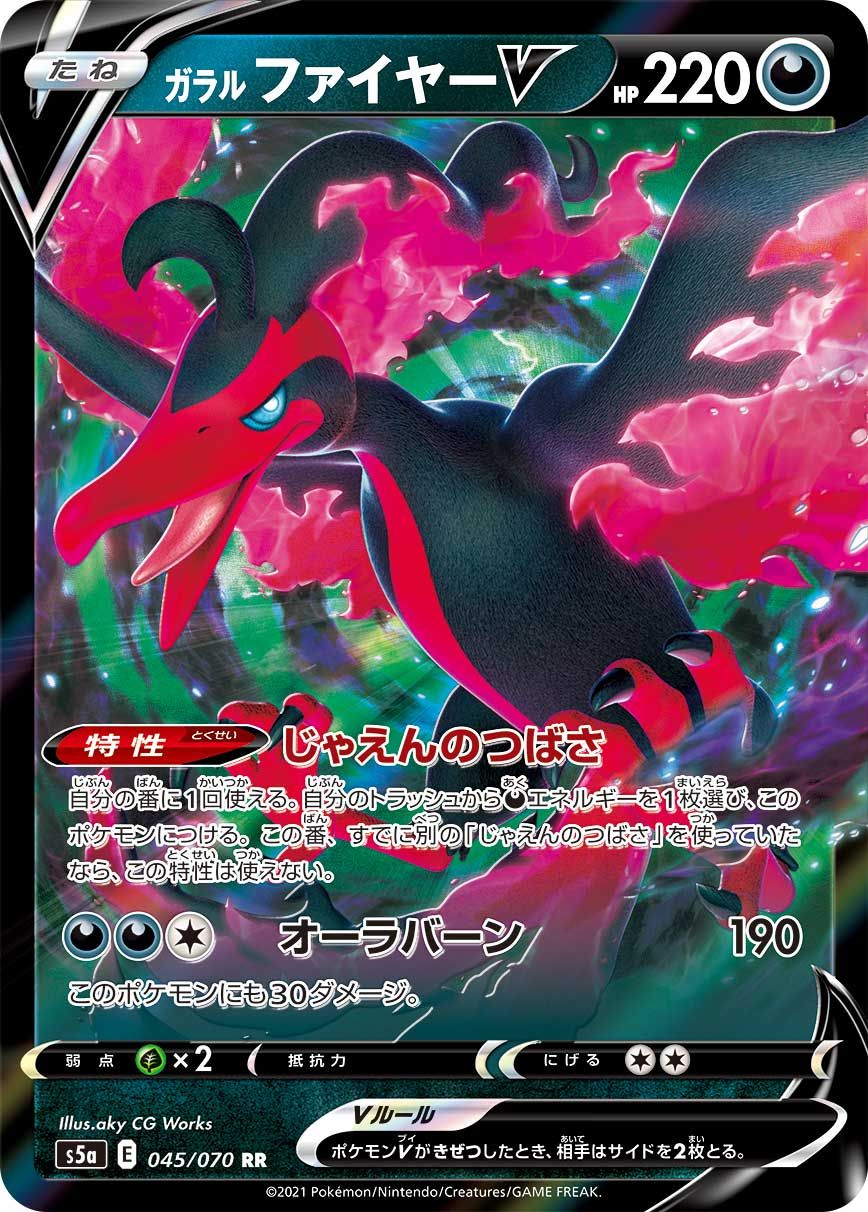 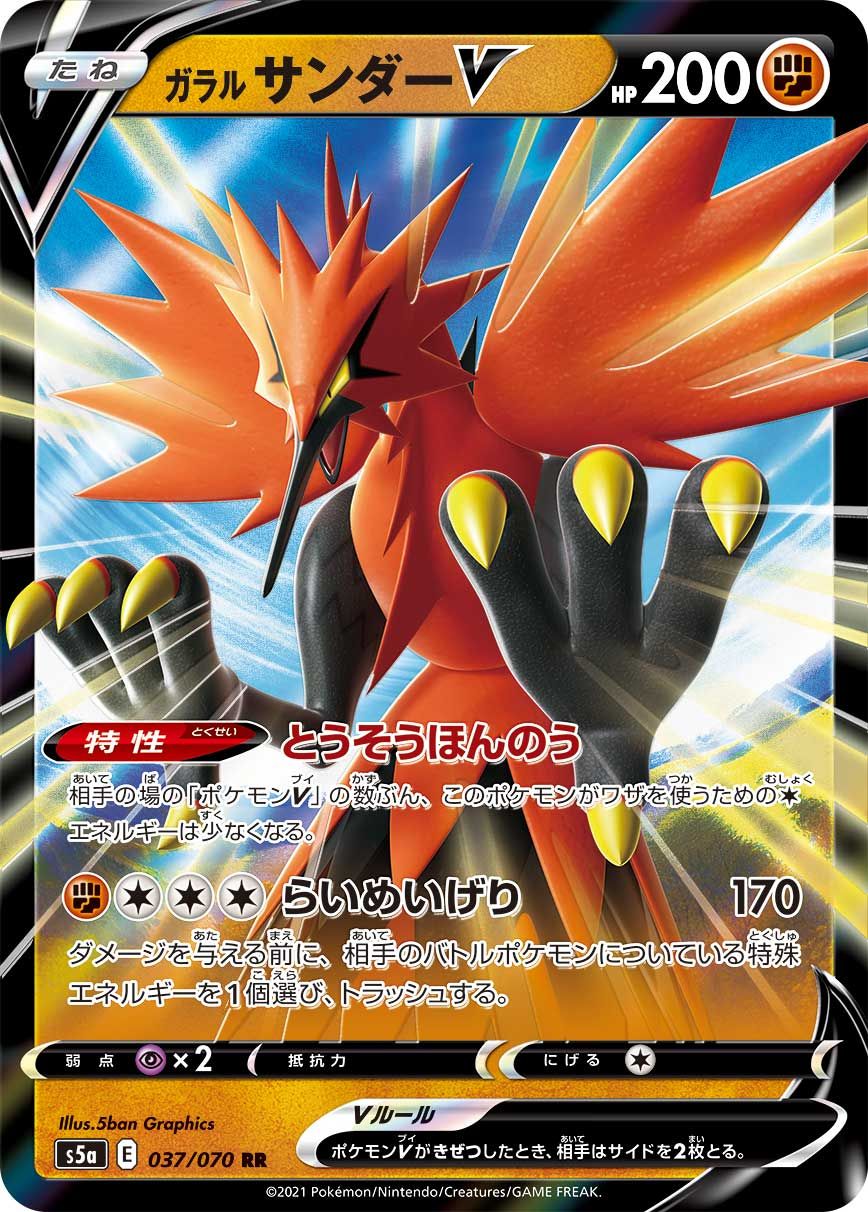 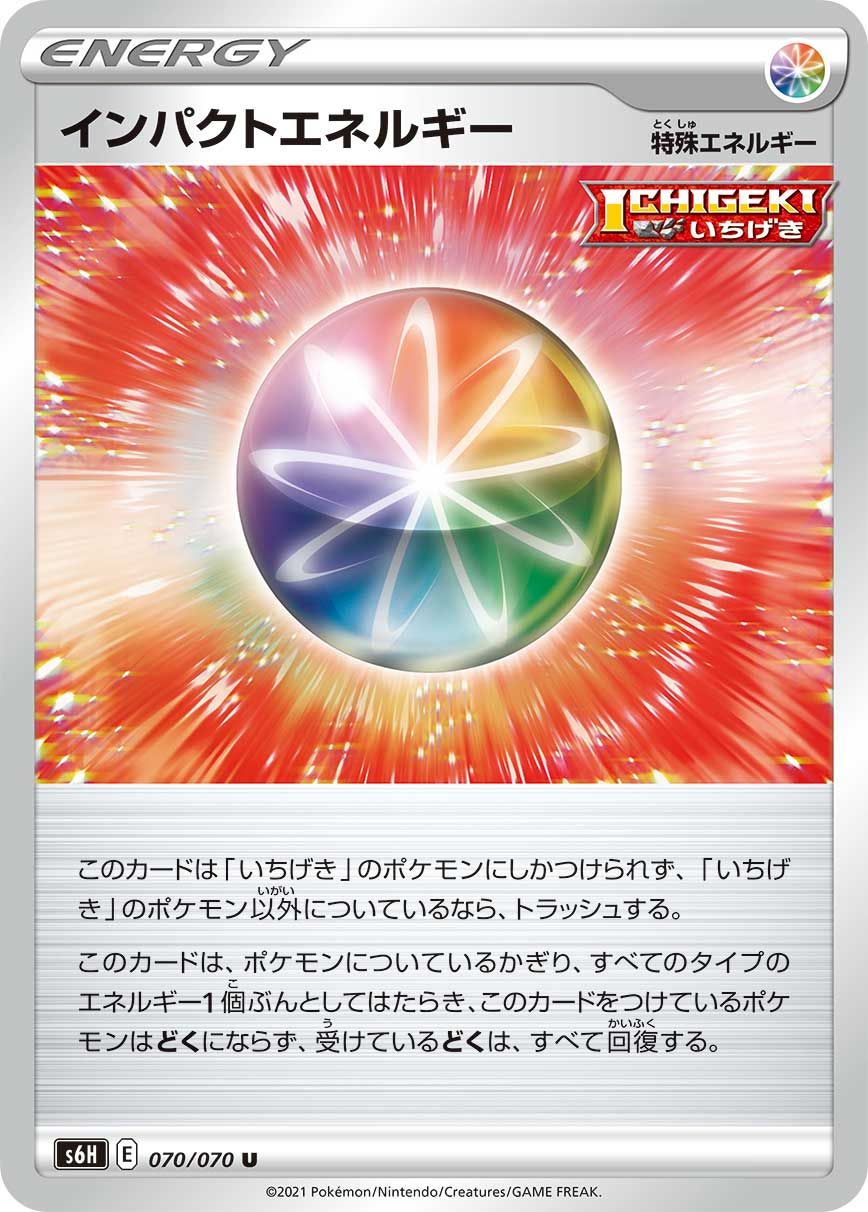 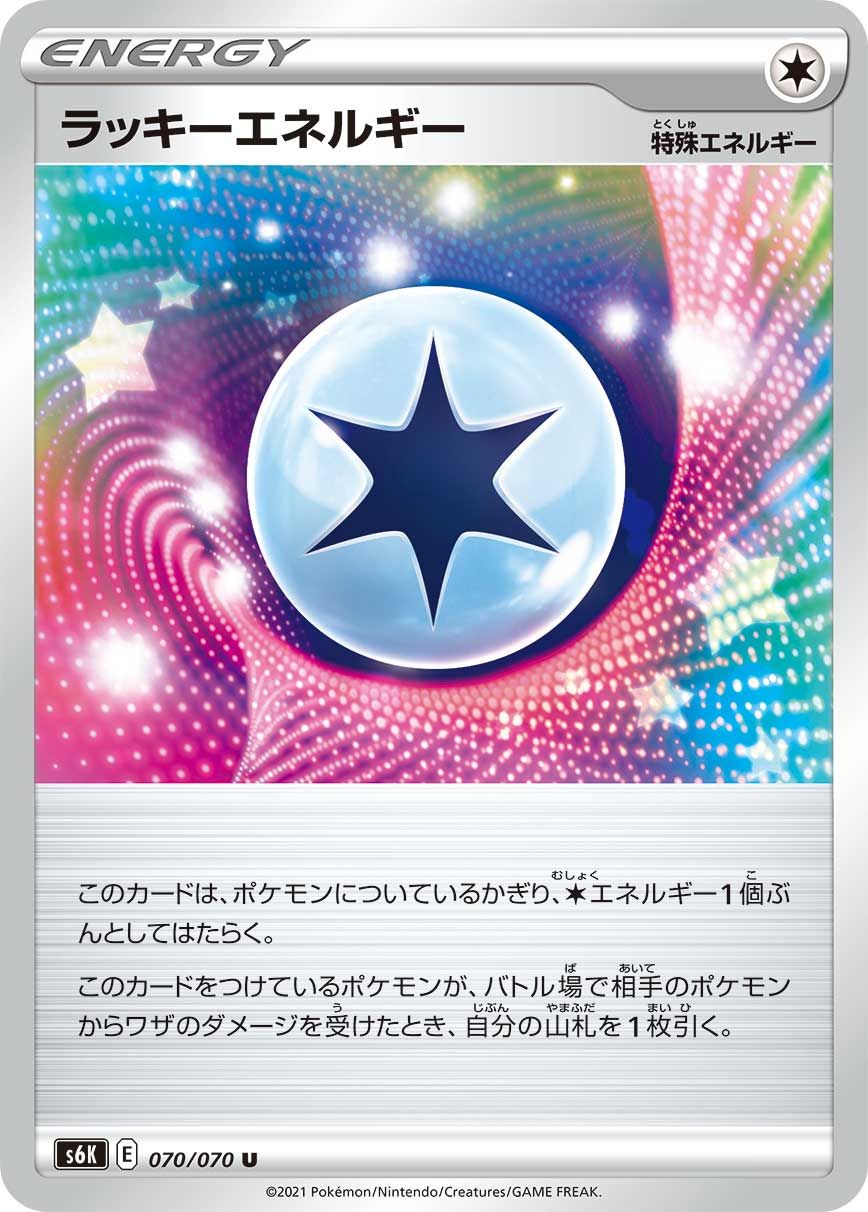 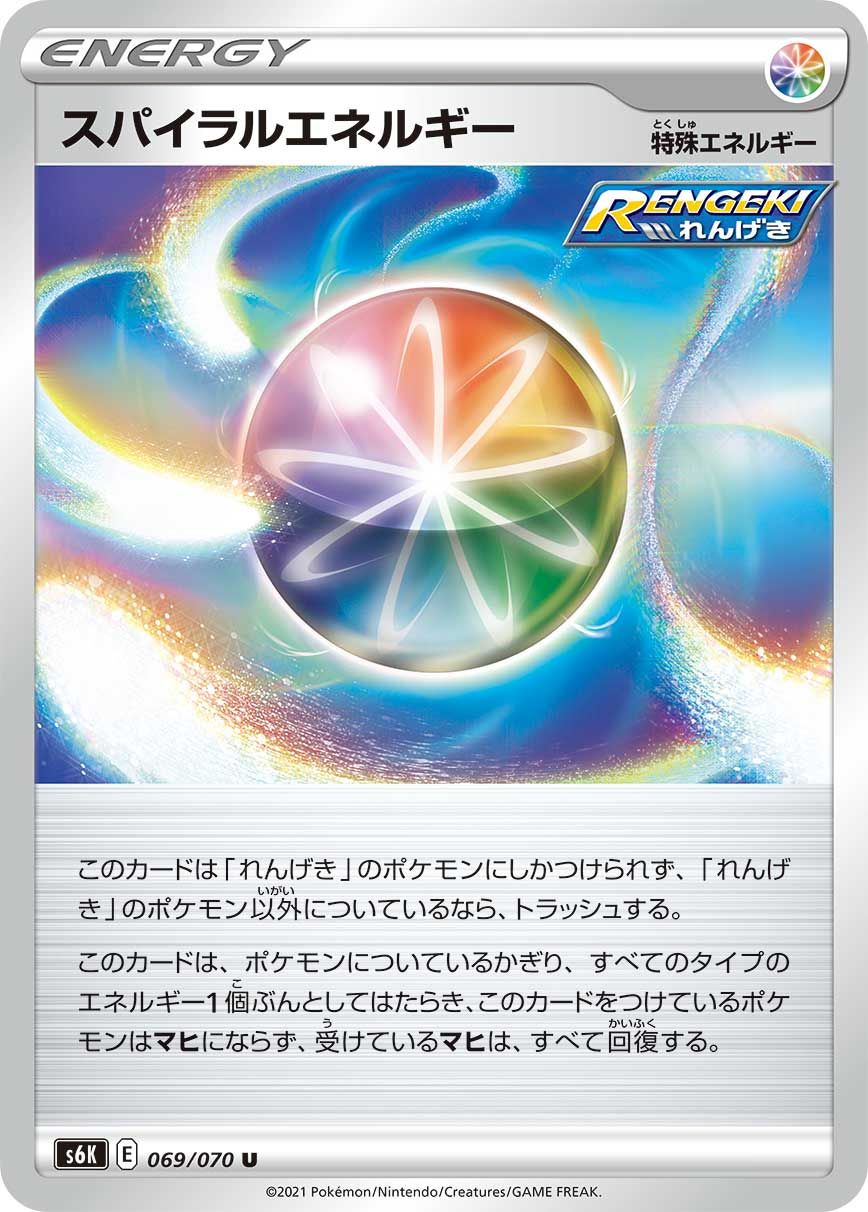 What Cards Will Probably Be in Chilling Reign?

Chilling Reign has eight Pokémon VMAX, but the three Japanese sets have nine in total. The two Calyrex cards are confirmed, which all but one of the following will probably appear:

Chilling Reign has 15 Pokémon V, but the three Japanese sets have 17 in total. Given the cards we already know, all but two of the following will likely appear:

With 28 trainer cards between the three sets and "over 25" trainer cards in Chilling Reign, all the trainers have a good shot at appearing.

What Will the Chase Cards Be? 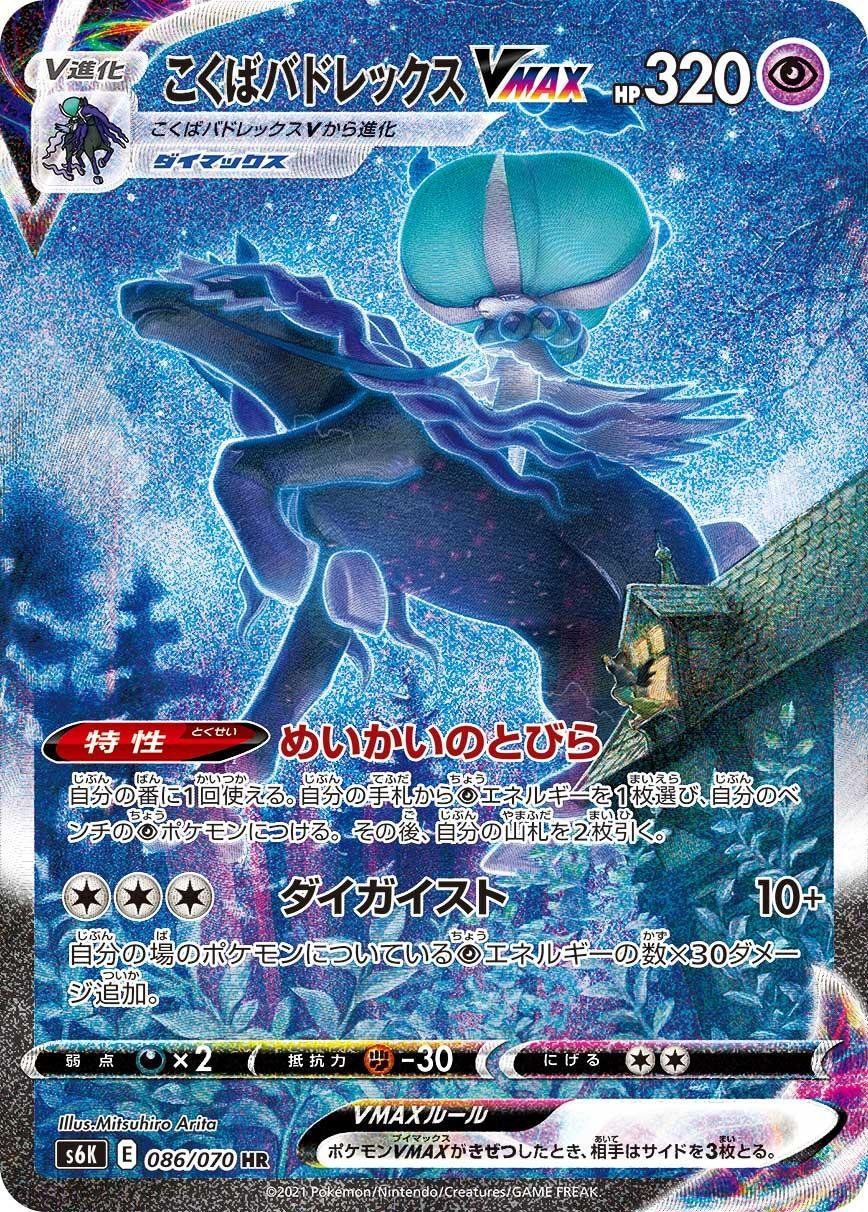 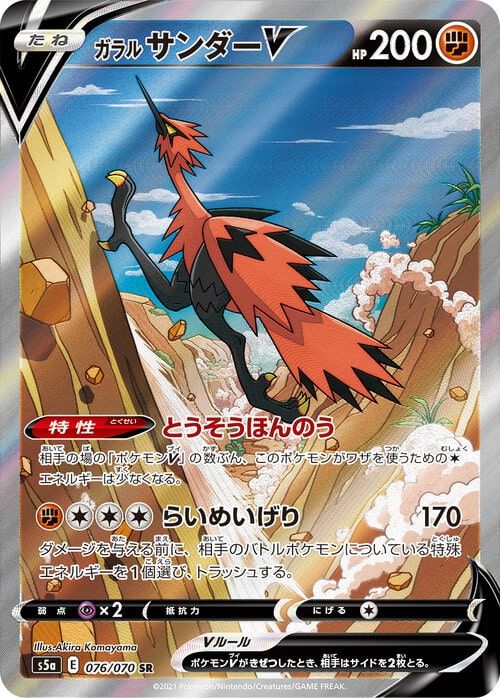 Since Galarian Articuno, Moltres, and Zapdos have been confirmed, it's also likely we'll get English versions of their alternate-art cards. The three legendary birds are iconic, so depending on how the community feels about roadrunner Zapdos, these could be huge—like the product-hover id="234060" from Battle Styles that's currently selling for over $100.

But if you just want to turn a profit from Chilling Reign, I'd wait to see if TPCI prints the gold Water, Psychic, and Fighting Energy cards. 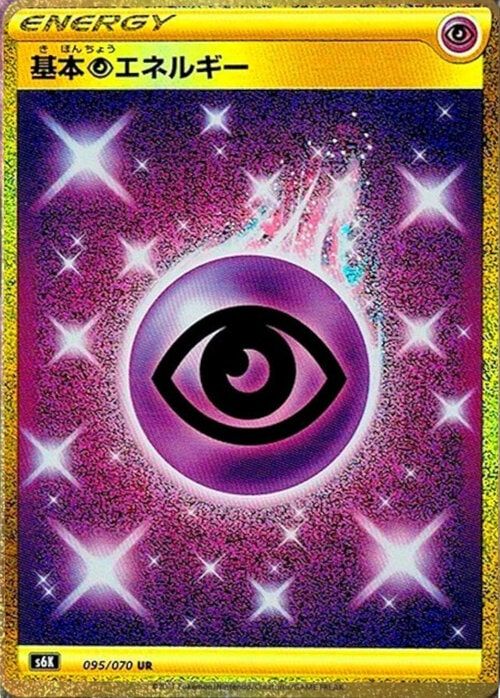 There's a good chance that after the first few weeks, the market will undervalue these cards, and a similarly good chance that they'll get more valuable over time. For comparison, here's the price history for Water Energy (sm4-124) from Crimson Invasion, which rose steadily from $15 to over $30 over the course of 2019—before the pandemic spiked every card on the market.

How Popular Will Chilling Reign Be?

By June it will have been two months since the last Pokémon TCG release, and the current collectible craze shows no signs of stopping. That bodes well for the set's demand.

With major retailers pulling Pokémon cards from their shelves, it's going to be next to impossible to find sealed product at MSRP. If you can, wait out the initial rush, and buy your singles once the market is flooded and TPCI has had a chance to print more boxes.

That said, Chilling Reign will be a hot set (ironically), so if you find a good deal on preorders, take it.