Hey there guys, I hope you're all doing well! Today, I want to discuss something that's been in the back of my mind for a very long time.

For those of you that don't know, I happen to deal with some serious depression and anxiety in my life. I mention that because when my mental health's in a good place, my gameplay is fantastic. I'll make obscure reads, clean sequencing, my deck building decisions will be on point, all of it. But when things aren't going so hot for me for whatever reason, there's a noticeable change in my gameplay. It'll be slower, I'll fumble plays that I would pull off effortlessly otherwise, my decisions will be sloppy and so on.

For me and for many others, Yu-Gi-Oh's an escape from the struggles of life. It's a fantastic way to create lasting friendships, harbor healthy competition between rivals, and help you as a person to really get used to the more mundane aspects of improving at an activity you're passionate about. All that aside, there are some aspects of gaming in general that get swept under the rug, and today I wanted to bring to light some of the ways that your mental health can affect your performance in-game, and how your performance in-game can impact your mental health.

While this article's specifically framed for Yu-Gi-Oh, the points are broad and could really apply to a lot of stuff. With that said, let's dive in. 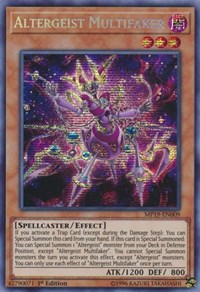 Doctor Cranium: "Do you ever suffer from the feeling that you're a fake?"
Multifaker: "I mean…"

Impostor Syndrome
This term refers to the feeling that your accomplishments, accolades, championships, and achievements are undeserved; that at any point in time, you could wind up being outed as a fraud. A perfect example of this is when I go through a rough patch with tournament finishes. I'll find myself questioning my baseline skillset, constantly hyper critical of my play to a point where it's no longer healthy review, but almost belittling myself for a mistake, or telling myself I've only gotten lucky in the past; that I'm not nearly as good as I want to be.

Impostor syndrome can hit anyone, at any time. And sometimes even when you're presented with evidence and experiences that run contrary to your negative mindset, it will have little to no effect on your view of yourself. You might feel that the universe is playing a cruel trick on you, that you're winning on borrowed time, that you're mere seconds away from everyone ripping the mask off of your face Scooby Doo style and revealing you're a fake.

So how do you combat that sinister voice in your brain telling you that you aren't good enough? Luckily for you, you aren't alone. Finding someone you trust and sharing those feelings of impostor syndrome is extremely helpful. One of the main draws of Yu-Gi-O aside from competition is community. Your core group of friends, if they have similar motivations as you, have probably felt these same feelings themselves. Having a support system in place where you can vent those feelings in a healthy way is priceless.

One point that needs to be clarified though, is that you won't always play well. You WILL have bouts of underperformance; from time to time, you'll mess up and play like you've never actually read the cards you're using. It happens, but that's completely okay. Nobody plays well all the time, and nobody wins all the time. From the global greats to your local's "best" player, eventually things just don't work out.

It's important to remember that it'll happen to you eventually, and to give yourself a break when it does. Sure, you still need to understand why the plays themselves are incorrect, but beating yourself up and convincing yourself that you're actually terrible, and that it's only a matter of time before the world realizes it too, isn't going to help.

This dinosaur's not overly energetic, he's actually just really hard on himself

Hypercriticism
Oh man, this is the point that actually inspired me to think up this article topic as a whole. Hypercriticism is exactly what it sounds like – it's when you're excessively critical of something, which in this instance would be your gameplay.

While it's important for your growth to look inward and be critical of your decisions, hypercriticism is when you take that to a destructive extreme. Instead of just keeping it in the back of your mind to avoid making mistakes you've identified, you obsess over it. In my experience, hypercriticism's most common in players who've only reached infrequent success. Once they've experienced that bit of the limelight, they might feel they've "made it" and expect that the rest is just gravy. Unfortunately that's not how it works; you still have to apply yourself and improve constantly.

As a hypercritical individual you'd hold yourself to an unrealistic standard of play, and when you make a minor mistake that other players might brush off, you fixate on it and it derails your gameplay, potentially just ruining the tournament experience for you by default. Your self-talk, that little voice in your head, becomes more toxic; you rip yourself apart, you rip the game apart, and it becomes a cycle of destruction. Your play will suffer because you're not in the healthy mindset you'd need to be flexible and overcome the mistake, and that feeds into more brutal criticism and you tear yourself apart more, which leads to more mistakes and it all just spirals.

How do you fight off that little demonic voice in your head? Nipping it in the bud's important; once you begin to hear those thoughts creeping in, you need to step into action immediately. Take a deep breath, slow your mind down, and examine the evidence at hand. Be realistic: maybe you did mess up and threw away the game by doing so. That's totally okay.

Instead of thinking, "I suck and I'll never get better, this game is just too hard for me," assertively force yourself to think about it from a different perspective. I know I've had that exact thought myself, and I've worked hard to deal with those thoughts. Now when an intrusive idea like that enters my head, I go through a set of exercises to change my mentality and reassess the situation so I can look at the situation more reasonably. Instead of "I suck," its "Okay, I messed up pretty bad. Why was this wrong? Got it, I guess that's what I need to work on now." 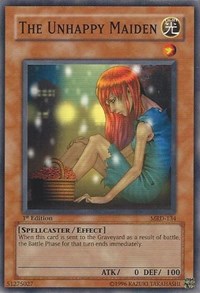 That basket's full of her 0-2 match slips

Forgetting To Have Fun
"I just enjoy playing the game. If you aren't having fun with the game as a whole don't play. It ruins the experience for others, and I don't want that. If you don't have fun, don't play. I don't want you to."

The above quote isn't exact, but it's something that has stuck with me for nearly three years. There have been multiple events where my record in the first few rounds has been hilariously terrible. Until 2018, I would frequently be confrontational, argumentative, and overall a real jerk whenever I'd lose. It wasn't until a good friend gave me the reality check that I loosely quoted above that it clicked.

There are lots of ways this can manifest. Perhaps you're overly critical of Konami, and the Forbidden list. Perhaps you constantly disregard the game and label entire formats 'stale,' despite only being a month into them. Maybe you refuse to playtest for events because it's tedious and then you have a poor performance, which leads to you complaining about the game as a whole. There are numerous examples on display in the community every day, and I'm only highlighting the first few that come to mind.

One of the biggest things I've had to work on myself, both in and out of the game, is recognizing when it's maybe time to put something down, or to restart from the most core concepts and remind myself why I love what I'm doing. Maybe it's something as little as playing versus the AI on Legacy of the Duelist: Link Evolution with a silly strategy that brings you back to your childhood memories of building a deck. It could be playing an old format to give yourself a reprieve from the breakneck pace of the current game . Whatever it is, having a healthy way to remind yourself of what you enjoy in Yu-Gi-Oh is incredibly helpful.

I'm blessed in that I get to write about the game I love on a weekly basis, which helps me recognize all the complexities of gaming that I enjoy. Whenever I notice that I'm not having fun with something, I start from the basics, and really focus on learning since that's what I love the most about competitive gaming; that there's always room for improvement. I know how hard it can be to enjoy something that's as mentally taxing as constant competition, but focusing on enjoying the journey, not just the destination is more helpful than I can possibly explain.

If you find yourself burned out from real competition, play something silly. My "Suprex City" Gouki article happened for that exact reason. I was just tired of playing serious decks and wanted to do something fun for a bit. Perhaps you just need to rebuild something that you know is terrible, but that you enjoy more than whatever top strategy you've been using lately.

Another thing I love to do to avoid burn out and to keep the game interesting is to build a new concept that just wanders into your mind. Admittedly 99% of them are utterly horrible, and most never see any actual play outside of a video game. But building something fresh is a good way to relax, unwind, and just kick back. Whatever you need to do to give the game a face lift for yourself, you should do it. Nothing is worse than the miserable player at locals who only came to complain and try to make others hate the state of the game as much as they do.

At the end of the day, we all play the game for our own reasons. Perhaps it's camaraderie , competition, self-expression through deck building, or chasing after a trophy. Whatever it is for you, it's important to remember to enjoy the game itself, and not get too caught up in your own head. Burnout is real, it happens to us all, and these are just a few of the many reasons for that. I wanted to touch on some of the biggest issues I've seen in myself and my friends, and I hope it helps you if you've had similar feelings.

Until next week, stay safe!