If you've been around for a while like I have, you might remember a Yu-Gi-Oh arcade game that some Official Tournament Stores had off to the side of their retail space. And if you aren't a… *cough* an experienced *cough* duelist like myself, you might have no idea what I'm talking about.

But it's true! Back in 2008, Konami started to release a Yu-Gi-Oh arcade game that spat out an exclusive, special edition card with a unique prismatic finish every time you played! The arcade game was called Duel Terminal, and it was one of the most novel features of the Yu-Gi-Oh franchise, combining two different forms of gaming – tabletop card games and arcade machines. No major TCG has attempted anything like Duel Terminal outside of Asia, and its impact on the Yu-Gi-Oh TCG can still be seen to this day.

You're not wrong! Duel Terminal was a Yu-Gi-Oh arcade game developed and updated by Konami Digital Entertainment, the distributors of the cardboard Yu-Gi-Oh TCG. Arcade cabinets were offered for sale to Official Tournament Stores (OTS) and no one else. 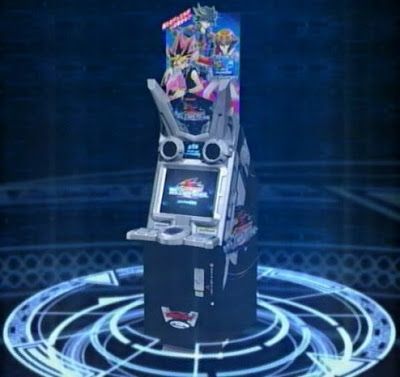 The game would allow players to enjoy a game of Yu-Gi-Oh against an AI-controlled character and it would dispense a TCG card once you were finished. The player could also decline to play the game, allowing them to save time if they only wanted to get a card. 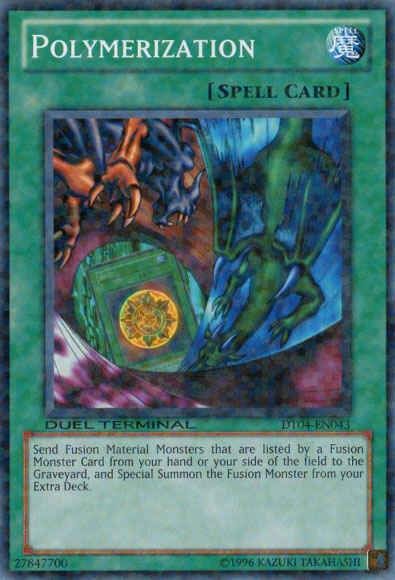 Each game was independent of your others; you couldn't scan multiple cards across different plays to make a complete deck, and once your game was finished, that was it. The next game you played would be with a fresh deck, and it wouldn't include the cards you scanned previously. There was no save feature, no tracking, or anything like that. It really was an arcade game in the classic sense.

Updates to Duel Terminal were installed by the Official Tournament Store. Each update to the arcade machine was performed locally with an update disc sent by Konami, in preparation for the newest Duel Terminal card set release. Yup, this thing was no one-hit wonder: Duel Terminal ran for seven sets total, spread across an official release period of two and a half years!

The Duel Terminal has two modes, Action Duel and Speed Duel. Of the two modes, I personally saw the Action Duel mode once ever. It was a collection of mini-games, each involving Duel Monsters in some fashion. I can't personally attest to how the mini-games were played; most people just didn't play them.

Speed Duel was way more popular: it was a lot closer to the way the Yu-Gi-Oh TCG is played in real life, pitting the player against an AI opponent with some tweaks to the familiar rules; each player had 3 Monster Zones, 3 Spell & Trap Zones, 4000 starting LP, 4 cards in your starting hand, no Main Phase 2… yyyyeah. Does that sound a bit familiar? 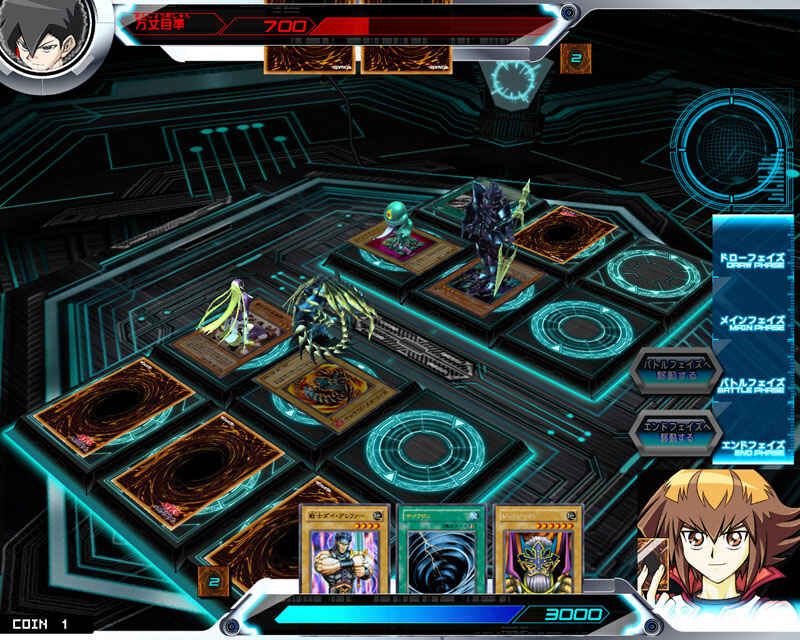 Yup, Duel Terminal's Speed Duel mode was the predecessor to the Yu-Gi-Oh! Duel Links mobile game, as well as the real-life Yu-Gi-Oh TCG's Speed Duel format. But Duel Terminal had some unique features too, like the Destiny Draw mechanic, which let you as the player scan an additional card from your collection to replace your Normal Draw for the turn.

As a side note, the Speed Duel game mode and the Duel Terminal itself are referenced in two TCG cards: Terminal World and Terminal World NEXT. Each one changes the flow of the game in a way that sort of mimics the Speed Duel and Duel Links rulesets. It's a nice homage to the origin of this style of play.

The Duel Terminal was originally released in Japan, as most Yu-Gi-Oh things are. The west first saw the Duel Terminal at select events starting in mid-2008, in a pretty low-key preview that took place at Konami's booth at San Diego Comic Con. The official card database lists the first preview wave as being released in August 2008, but SDCC was actually held on July 24 to July 27. 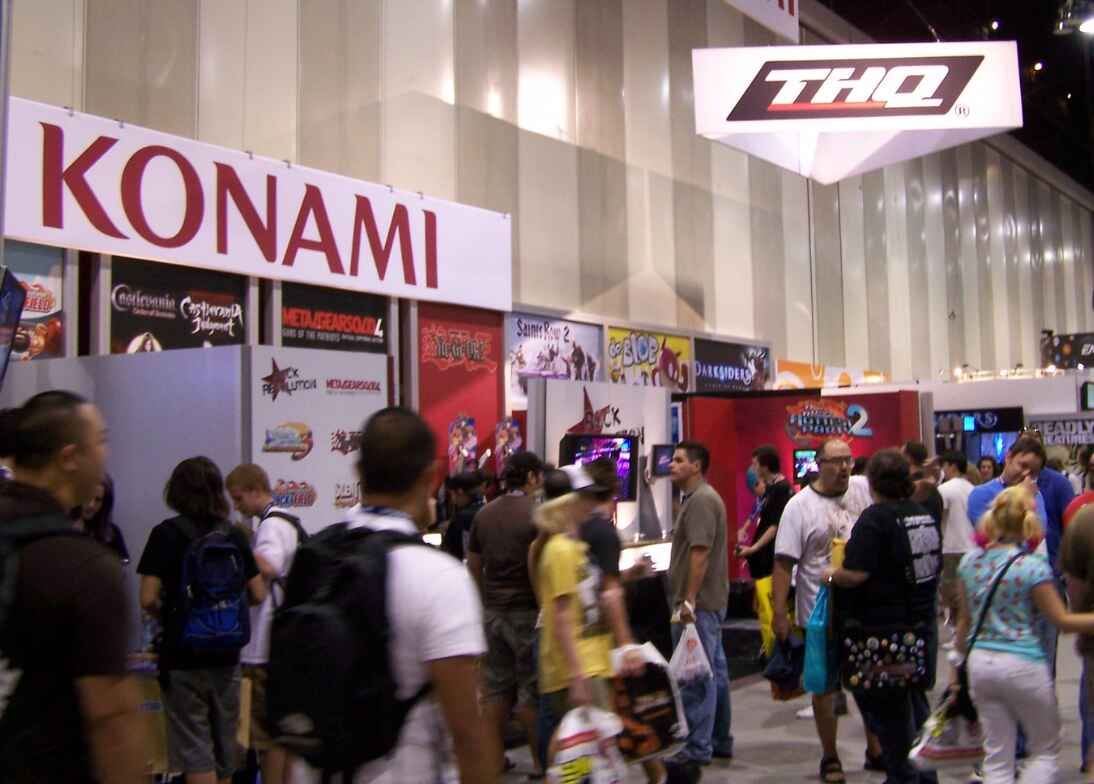 At this point, Duel Terminal Preview Wave 1 only consisted of 20 cards, each one a Duel Terminal printing of a card already released in the Yu-Gi-Oh TCG. The only attraction was the rarity, and the novelty of the new foiling pattern. Those Preview cards are massively collectible and super expensive today; Dan talked about them here. But at the time there wasn't anything coming out of the Duel Terminal that affected gameplay… until Wave 2 made its way to the public.

Enter The Allies Of Justice

According to the card database , Preview Wave 2 was released on June 20, 2009. Wave 2 actually made a quiet test run at a single card shop in Southern California, but for most of the player community, their first chance to see it was a surprise release when they got to the 2009 United States National Championship and discovered that the Duel Terminal was spitting out copies of the barely-seen-before Synchro Monster Ally of Justice Catastor. 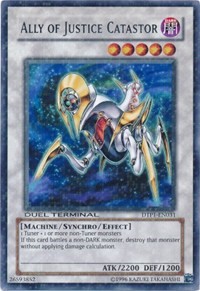 At this point in competitive Yu-Gi-Oh, Ally of Justice Catastor was a staple in any deck that could Synchro Summon Level 5s. Its ability to destroy any non-Dark monster was an incredibly powerful option in a tournament scene where Lightsworn was competitive. But we also knew the card was only available in Japan… until the previews hit.

There were other new cards in Duel Terminal Preview Wave 2 as well: eleven in total, including Ally of Justice Catastor. Cards like Crystal Beast Sapphire Pegasus and Harpie Lady 1 weren't in Wave 1, and I went out of my way to chase down a playset of those Harpies that I still have to this day! But yeah, the big news that weekend was Ally of Justice Catastor imminent arrival to the TCG.

At some point, policy was clarified that Ally of Justice Catastor and any Duel Terminal-exclusive cards wouldn't be legal for tournaments until they were released in some other widely distributed product. That would finally happen on November 10, 2009 with the debut of Hidden Arsenal, a booster set that contained all 30 cards from Duel Terminal 1. 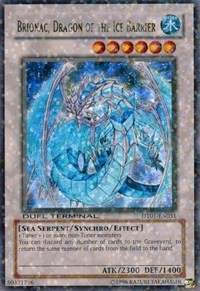 While the set was small, its impact was anything but. Powerful Synchro Monsters and Tuner Monsters became tournament staples for years: Ally of Justice Catastor, Brionac, Dragon of the Ice Barrier, Mist Wurm, X-Saber Airbellum, and others would change deck building for years to come. Note too that Brionac, Dragon of the Ice Barrier was a different card back then: its original effect didn't have a once-per-turn restriction, and you could bounce your own cards for wacky combos.

It was an absolute game-changer. There were entire decks revolving around those monsters, like Synchro Cat, which used the pre-errata Rescue Cat to field X-Saber Airbellum and another non-Tuner Beast to make a 1-card Synchro play. In 2010 that was often a winning move.

So if you look at the contents of Duel Terminal 1, and the contents of Hidden Arsenal, you might notice there are a bunch of cards in the former that didn't make it into the latter. While cards from a Duel Terminal machine may be available to anyone who could get to one, a card was tournament legal only when it was also available in that region through other means. 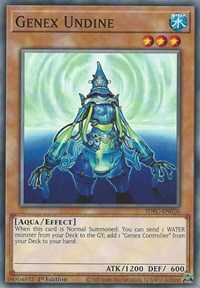 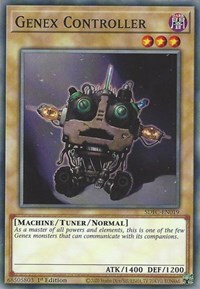 Normally that would be a Hidden Arsenal set - and there were several - but sometimes a Duel Terminal card got its TCG debut in a core booster. Cards from Japan would be slotted into card numbers 90-99 in those bigger booster releases. Cards like Genex Undine and Genex Controller debuted in The Shining Darkness, which was actually released four months after Duel Terminal 1.

Suffice to say, keeping track of which of your Duel Terminal cards you could actually play was a bit of a hassle. But as time went on, everything eventually became playable.

The Legacy of Duel Terminal 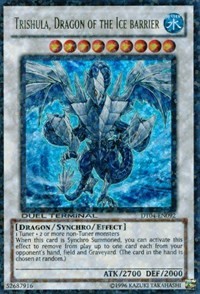 It's pretty easy to forget that all of those themes originally came from the same place, and almost ten years later, a lot of those cards shaped how we play the game today. Even if they don't directly impact your tournaments, Duel Terminal cards and the themes they introduced can always make an appearance, evoking some MAJOR nostalgia in veteran duelfans.

Or you can play Evilswarm Ophion, set four to the backrow and make your opponent sad.

But beyond the cards themselves, the Duel Terminal did give us a few years of being able to play an arcade version of Yu-Gi-Oh with real-life cards, introduced a new prismatic rarity to go with it! All in all, Duel Terminal's left a fine legacy in the Yu-Gi-Oh Trading Card Game!