Welcome back! You probably don't need me to tell you, but it's Ghosts From the Past launch day, and after weeks of debate and stunning presales, the most talked-about release is finally here.

Today we'll look at sales data from the TCGplayer Marketplace, to talk about the Top 10 best-selling cards from Ghosts From the Past presales. These were the GFTP cards with the most unique purchasers, right here on TCGplayer. Let's count 'em down and show you what was hot. 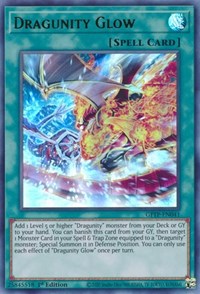 Can't search Dragunity Arma Leyvaten or your new Dragunity Arma Gram because it's too big to squeeze through Dragon Ravine? No problem! Dragunity Glow gets you all of those dummy thicc Dragunities you'd need to banish Tempest, Dragon Ruler of Storms to search for otherwise, delivering the kind of consistency Dragunities have been begging for since Dragon Ravine was first axed.

If you missed Kelly's Dragunity article Wednesday, be sure to check it out so you know what this deck is capable of. Dragunity Arma Gram really is a crazy card, and the fact that Dragunity Glow just Reinforcement of the Army for big Dragunities, AND a Special Summon effect, is nuts. 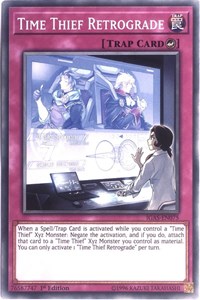 The Time Thiefs - yeah, that's the plural we're going with - really got the royal treatment in Ghosts From the Past, with oodles of rarity upgrades and some great new cards. The new Xyz Monster Time Thief Double Barrel didn't quite make the Top 10 - it jumped from about $4 to $9 mid-week, slowing sales a bit - but its impact was felt, driving demand for rarity upgrades and the other new Time Thief card in GFTP (which we'll get to in a bit.)

The first Time Thief upgrade to make the Top 10 is Time Thief Retrograde, back from its release in last January's Ignition Assault. The Time Thief upgrades are all really affordable right now, most of them between 60 to 80 cents, and Time Thief fans are buying them up left right and center; it's good timing, because while these cards can't get much cheaper, they certainly could climb a couple bucks in the coming months, as GFTP becomes impossible to find. 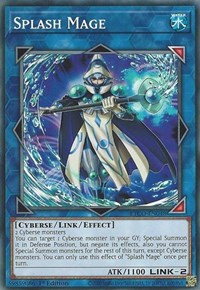 Splash Mage debuted in Eternity Code, and it was quickly recognized for its potential with Accesscode Talker. The Cyberse type just keeps getting better and better, and as you'll see further on, players are still carrying a torch for Salamangreats. Since Splash Mage was only available as a common prior to GFTP, the Ultra Rare's a big deal to players who've come to see this card as a sleeper hit.

Zach liked it, and now he works at Konami. Did they hire him because he likes Splash Mage? Who can say. 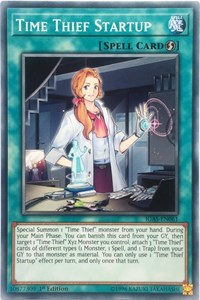 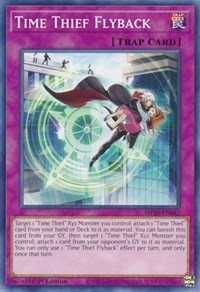 The similar sales numbers are probably a function of price: these cards are super cheap right now for what might be their highest rarity prints for years to come. And since players are still figuring this deck out, it's an easy call to just grab a full playset and be done with it.

And they're both free, because you can search them with Time Thief Winder. Pretty swank.

NEW CARD! Time Thief Startup or Time Thief Flyback, super handy given the need to chuck extra Time Thief chaff, and good set-up for the graveyard effects of those cards.

You're going to run multiples of this thing. Most buyers were picking up two copies, some three. 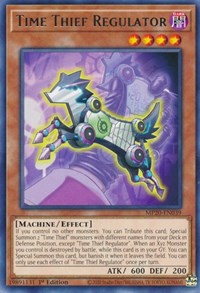 On the other hand, Time Thief Regulator is a must at three in basically every Time Thief deck worth its salt, effectively a Rescue Cat for the Time Thief family. Time Thief Regulator appeared in both Savage Strike and the 2020 Mega-Tins, but it was a common in one and just a rare in the other, so it's only fair that this super helpful robo-pup get a shiny new coat of foil.

Also, have you SEEN Rescue Cat these days? I know Tri-Brigade's a thing, but what is HAPPENING to the world? Somebody get this cat a reprint, stat. 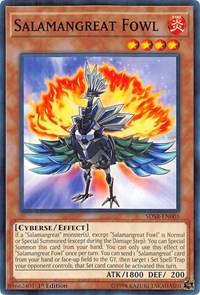 Salamangreats have done almost nothing in real competition for months now, but there are clearly lots of Salamangreat fans still out there: half of the Top 4 this week were rarity upgrades for the Cyberse strategy. Salamangreats were still competitive all through the first quarter of last year, and looking at successful decks from that period, you can find strong examples of builds that ran multiple copies of Salamangreat Fowl, even though it's an optional card that doesn't appear in every build.

Long story short, only two Salamangreat monsters that see regular tournament play didn't have foil versions, and Salamangreat Fowl was one of them. Now that it's got an Ultra Rare printing, a lot of Salamangreat players who wanted to finish foiling out their cores, and the low presale price on Fowl made it an easy add to the cart. Like so many undervalued foil upgrades from GFTP, this Salamangreat Fowl just has nowhere to go but up. 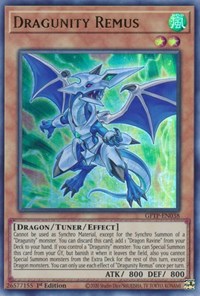 This one's a surprise! Not because Dragunity Remus is bad, but because it's so good that it's the most expensive card in GFTP apart from the Ghost Rares. Dragunity Remus is down to about $22 today, Friday morning, but it was as high as $38 last night, as buyers and sellers scrambled to try and figure out what exactly GFTP cards are actually worth. Loukas called this out as one of his top picks from the set, Kelly demonstrated what it can do in both wallet-friendly and full-blown optimized builds, and if you're opening GFTP it's one of the big cards you're hoping to hit.

And if you're not opening GFTP, this is one of the big cards you're going to try and grab as a single, which was the case for lots of buyers this week; enough to drive Dragunity Remus to Number 3. 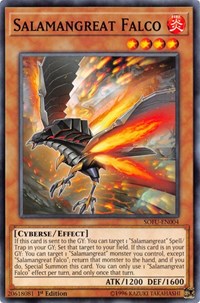 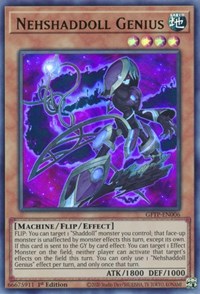 Finally, the single most popular card from GFTP presales was Nehshaddoll Genius. People are really split on this card: on one hand, tying effect-hate to Shaddoll Fusion and El Shaddoll Fusion is huge, and playing Genius as material summoning El Shaddoll Apkallone for a sort of "double stun" effect sounds really good. On the other hand the Shaddoll deck is already so packed with excellent Shaddoll monsters, that some players are struggling to find deck space to run it, since they don't believe it quite measures up to the old Shaddoll standbys like Shaddoll Dragon and Shaddoll Beast.

Right now the card just hasn't seen enough play in the TCG environment for a consensus, and since you're only going to run one copy anyways, lots of people felt okay throwing down six bucks to spin the wheel and find out if Nehshaddoll Genius is any good. A surprising number of people picked up multiple copies, probably about half of the people who bought in, but I'd be really surprised if this wound up being more than a one-of. Regardless, this is a big card that could work with Helshaddoll Hollow to bring Shaddolls that much closer to the competitive spotlight.

Speaking of Helshaddoll Hollow, it's actually pretty good too. That flip effect offers a lot of value kicking an El Shaddoll Apkallone to the graveyard for a search, provided your opponent controls a Dark monster. Which isn't exactly rare.

That's what was hot this past week from Ghosts From the Past! Now that the set's released and out in the wild, it seems like it's going to be a really crazy launch: mini-boxes were going for as low as $24 yesterday, before spiking back up to almost $30, and as of this writing they're at about $27. The Dark Magician (Ghost Rare) 600 dollars right now, and people are breaking open entire cases to find as many as two Ghost Rares, but as few as none - a feast or famine situation that has some big benefits for product integrity.

We might discuss that in a future article, but for now, good luck with your pulls if you're cracking Ghosts From the Past yourself! This is a release like no other, and a watershed moment for Yu-Gi-Oh.